The story behind the first issue. 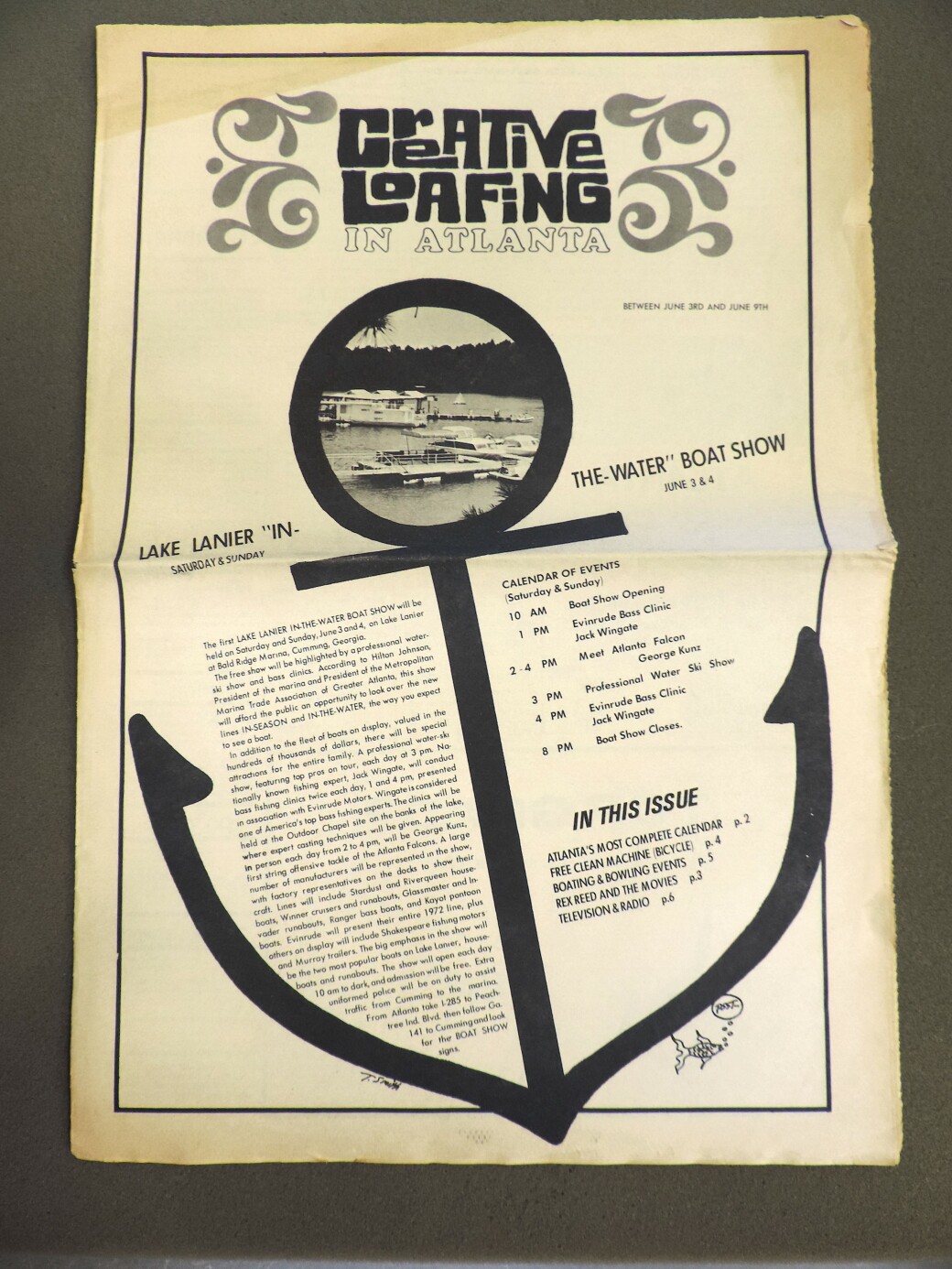 Creative Loafing published its first official publication on June 3, 1972 with a cover story on the Atlanta Boat Show. Debby Eason and Annette Hall pulled an all-nighter to get the paper to the Austell Enterprise, the then weekly newspaper covering the Cobb County city of Austell, GA. The first press run was 12,000 copies it was 8 pages.

Debby and her husband Elton "Chick" Eason, a GSU Mathematics Associate Professor, started the newspaper after an unsuccessful attempt to publish a monthly edition in the Fall of 1971. "PSST*..." had a short run of 3 months - October, November and December 1971 but this taught some valuable lessons about how to make a weekly newspaper work. The tagline for PSST*... was A Guide to Creative Loafing in Atlanta, which became the new name. The first edition boasts "Atlanta's Most Complete Calendar" on page 2 which continues to serve as CL's core mission. Note the fish in the bottom right hand corner of the cover for the homage to PSST.

The Easons got the idea for publishing Atlanta's calendar after attending the GSU lecture of Russian scholar Immanuel Velikovsky who was addressing large groups of people on college campuses around the US. His Atlanta lecture had a handful of people in attendance and Velikovsky's wife said this was by far the smallest group he had addressed in years. Embarassed for Atlanta, the Easons thought there were many people who would have attended had they had a calendar.

The publication also was notable for its listings of bowling scores at all the key bowling alley's in Atlanta. Suburban Lanes (now Comet Pub & Lanes) was an early advertising partner who was seeking a place that would carry the scores for the bowling leagues around town. CL was ecletic on issue #1 - you may be in a bowling league on Tuesday, at a lecture by Velikovsky on Thursday and hitting the club scene on Friday and Saturday (except there was not much of a club scene in 1972).