ATL UNTRAPPED: Sole Play and the importance of community 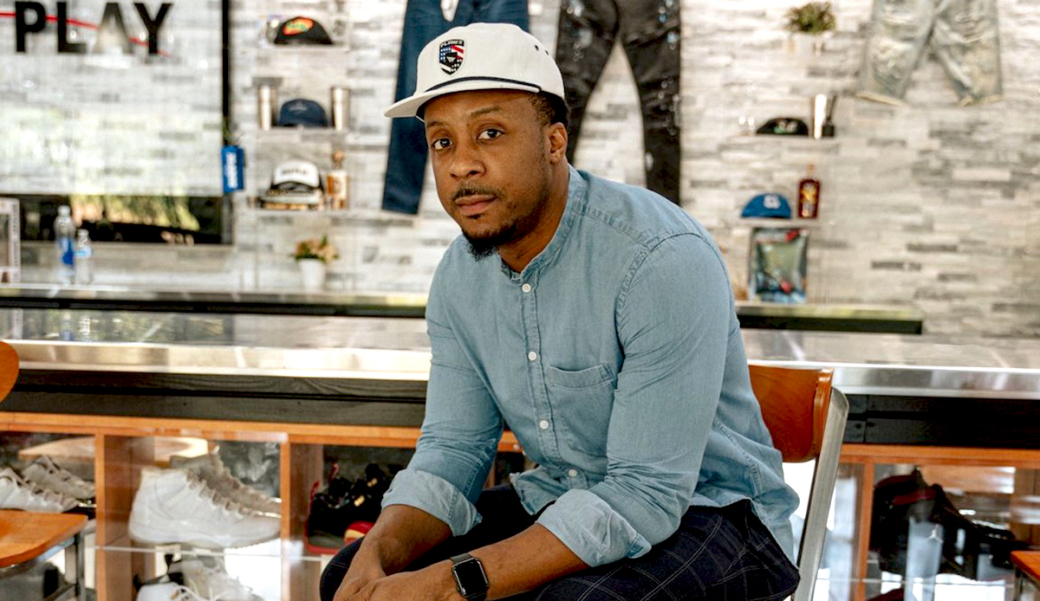 Atlanta has a thriving sneaker culture. We’ve already covered that. What we haven’t explored as thoroughly are the astounding feats that Atlanta’s sneaker community has been able to accomplish. One achievement, in particular, that’s worth celebrating is the recent opening of Sole Play II in Downtown Decatur — not only because it’s a much-needed source of highly sought-after sneakers on the east side, but also due to its unorthodox focus on video games. Yes, the sneaker boutique that opened earlier this summer across the street from Decatur Square also doubles as a hub for gamers and e-sports enthusiasts, and it’s a shining example of what happens when business owners truly consider and act upon the importance of their communities.

“I would say 80 to 90 percent of our clientele is out of the Black community, so instead of taking those dollars and not doing anything with it, how can we be impactful? How can we help?” Sole Play co-owner Anthony “TJ” Bennett Jr. says, explaining his thought process behind Sole Play II’s approach. “And that's when my mind just completely shifted from being a retail store to being a community impact store.”

As Bennett explains, community-mindedness is nothing new for Sole Play. Even back at the original location in Lawrenceville, the popular sneaker boutique and denim bar spearheaded the monthly SoleCircle series, which provides mental health resources and discussion opportunities for Sole Play’s patrons and social media followers. However, with the grand opening of Sole Play II in June, the sneaker institution really doubled down on its mission to build and nurture the community that it serves.

When stepping into the Decatur location, you’ll pass a communal area with seats and couches before you’re even within arm's reach of a shoe wall. In addition to its structural design, the new shop has also helped birth Sole Play’s new financial literacy program, Fashion and Finance. Above all, the physical split of the store into two distinct halves — one side for retail and the other for casual and competitive gaming — gives anyone who walks in the door the feeling that they’re welcome to stay for a while, hang out, and experience everything that Sole Play II has to offer. Yet, as Bennett explains, the heavy gaming presence at the new Sole Play location works two-fold — to provide a safe space for the community to come together to play video games and to expose youth, and particularly Black youth, to the lucrative possibilities of the gaming industry.

“I didn’t know growing up, and I played games like every day, all day. That was one of the ways that my parents kept me and my brother out of the streets because you know once you on those sticks, you locked in for the most part,” Bennett says. “And it takes you to a world that is outside of your own. But as we're playing the game, we’re not realizing that we have a multibillion dollar business, literally at our fingertips. 10 times out of 10, we're the consumers of the gaming industry. With us being a community impact store, I wanted us to teach kids and show them that you can get into the gaming space on a professional level.”

According to Bennett, he felt that his interest in incorporating gaming into Sole Play II was justified after he attended his young nephew’s graduation and learned that a large number of his nephew’s peers were interested in becoming professional gamers.

“I’m like, ‘Okay, cool. That can really be something.’ Then I started thinking, ‘How can I leverage  the demand for the sneakers that we have to give the information to the youth?’” Bennett says, prefacing the importance of effectively communicating with the community that one serves. “You can’t talk to Black youth use ‘coding’ or ‘C++’ and all those different terminologies that the technology field uses. I realized, we just have to connect with them on their level.

“So we merged those two worlds other and created a community resource hub that has the best of both worlds. You got gaming, which is super fun, super dope. It is a dope experience. And you also have fashion that's something that the black community connects with, on a sort of like on a cultural level, like so damn everything rooted in our DNA,” Bennett continues. “And now it shows kids that are growing up in these Black communities that you can be in the gaming space on a professional level for one. Two, you don't have to change who you are and what connects to you — which is the Nikes and the Jordans. So that's where we took this approach to make gaming technology cool. Of course on the surface level, it’s gaming, it’s entertainment, but that’s when we come in on the back end and slide in the educational piece.”

In the handful of months that Sole Play II has been open to the public, the shop has definitely lived up to its early promises on both the sneaker end and the gaming end. As expected, highly anticipated releases — from the Clark Atlanta University Nike Dunks to the ever-elusive Yeezy slides —  have made their way to the new Decatur lcoation, and the shop has hosted multiple gaming events, from its NBA 2K23 tournament in September to its recent EA Sports FIFA 23 tournament in October. Sole Play II has already managed to ease its way into Decatur’s heart, and that’s not lost on Bennett.

“It's been great,” he admits. “The community has welcomed us with open arms. We love to be here, and we certainly love to give back in any way that we possibly can.” -CL-
Sole Play II, 108 East Ponce de Leon Avenue, Suite 106, Decatur, GA 30030. The luxury sneaker boutique and gaming hub is open Monday through Sunday from 11 a.m. to 7 p.m.


For upcoming shows, there aren’t too many chart-topping artists heading to Atlanta in November, but there are still some highly anticipated concerts to check out from Atlanta-based acts, beloved hip-hop veterans, and some solid breakout artists. 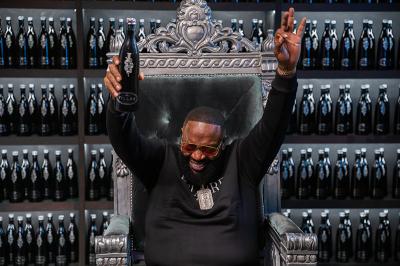 Rick Ross & Orchestra Noir, Atlanta Symphony Hall — hip-hop and classical music, however disparate they may seem, almost always pair exceptionally well together. Kanye West’s Late Orchestration live album in 2006 proved that for many hip-hop enthusiasts, and throughout the following decade, post-internet artists such as Chief Keef, Migos, and Trippie Redd kept orchestrated hip-hop performances alive with incredible viral performances. Now, three years after Common brought his Let Love album to Atlanta for a special performance alongside the Atlanta Symphony Orchestra, another hip-hop legend has perhaps upped the ante on hip-hop orchestra shows in this city, and it is no one other than Rick Ross, the self-proclaimed “Biggest.” A surprising but unbelievably exciting start to a month of rap shows, Rick Ross’ forthcoming concert at Atlanta Symphony Hall will be one for the books. The Richer Than I Ever Been artist is teaming up with Orchestra Noir, the SAINTED Trap Choir, and award-winning violinist Mapy for the first-ever Red Bull Symphonic. The event is technically already sold out, but if you want to hear how amazing Rick Ross’ classic records — potentially from “Push It,” “Here I Am,” and “Mafia Music” to “Aston Martin Music,” “B.M.F. (Blowin’ Money Fast),” and “Diced Pineapples” — sound against a classical backdrop, the hefty resale prices are more than worth it. — Joshua Robinson
$200-$1,100+. 9:00 p.m. Atlanta Symphony Hall, 1280 Peachtree St NE, Atlanta, GA 30309. www.aso.org. @atlantasymphony 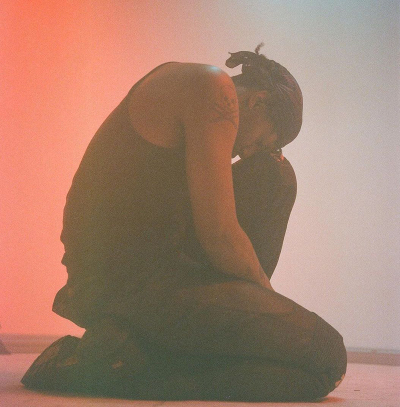 Tahj Keeton, Vinyl — Fresh off the release of his forthcoming second studio album Everyone’s Scared, Atlanta native Tahj Keeton will take over Vinyl for his first-ever headlining performance. The celebratory occasion is the culmination of an already eventful year for Keeton, who graced the stage at Lotus Rosery over this summer and also toured in Europe with G.O.O.D. Music artist 070 Shake earlier this fall. With impressive projects such as 2020’s SARF and 2021’s Cabin Food already under his belt, Tahj Keeton looks ready to make even more noise with Everyone’s Scared, so you’re not going to want to miss out on this intimate album release show at Vinyl. — Joshua Robinson
$12-$15+. 9:00 p.m. Vinyl, 1374 W Peachtree St NW, Atlanta, GA 30309. www.centerstage-atlanta.com. @centerstageatl 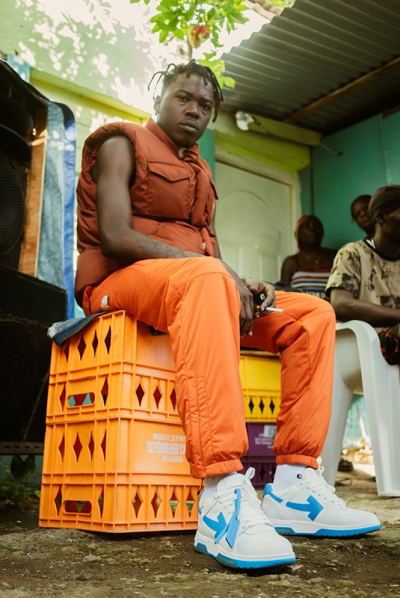 Skillibeng, The Eastern — While he’s not exactly a rapper, Skillibeng’s sensational rise to fame and close proximity to hip-hop make him an artist that you should seriously consider seeing in person this month. The 25-year-old dancehall act hails from the Saint Thomas parish of south eastern Jamaica, and in the three short years since his first breakout single “Brick Pan Brick,” Skillibeng has quickly infiltrated the top ranks of the hip-hop community, evident through his collaborations with Nicki Minaj, DJ Khaled, French Montana, and Fivio Foreign. Just weeks ago, the “Crocodile Teeth” and “Whap Whap” artist performed at Drake’s private 36th birthday party, and although his upcoming show at The Eastern won’t be as intimate as that, you can still expect a hell of a show from one of the newest global superstars. — Joshua Robinson
$49.50-$79.50+. 8:30 p.m. The Eastern, 777 Memorial Dr SE Building C, Atlanta, GA 30316. www.easternatl.com. @easternatl 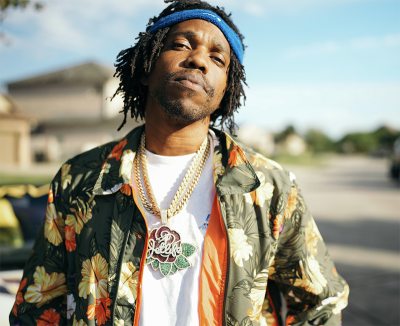 JET LIFE: Curren$y is returning to Atlanta later this month for a packed-out show at Center Stage. PHOTO CREDIT: Courtesy of Jet Life

Curren$y, Center Stage — Jet Life Recordings founder Curren$y is has enjoyed a storied career as a member of No Limit Records’ 504 Boyz, one of the first artists to join Lil Wayne’s iconic Young Money label, and a champion of the Blog Era. To this day, Curren$y remains a highly respected artist in hip-hop who continues to pump out high quality music for his fans. In 2022 alone, the New Orleans native’s prolific streak has persisted, as he has delivered three full-length projects: Continuance with The Alchemist, Spring Clean 2 with Fuse, and his new YouTube-exclusive mixtape The 8 Ball Jacket. If you’re interested in seeing Spitta Andretti live, then grab your tickets as soon as possible because Curren$y is known for selling out venues wherever he goes. — Joshua Robinson
$51-$110+. 8:30 p.m. Center Stage, 1374 W Peachtree St NW, Atlanta, GA 30309. www.centerstage-atlanta.com. @centerstageatl 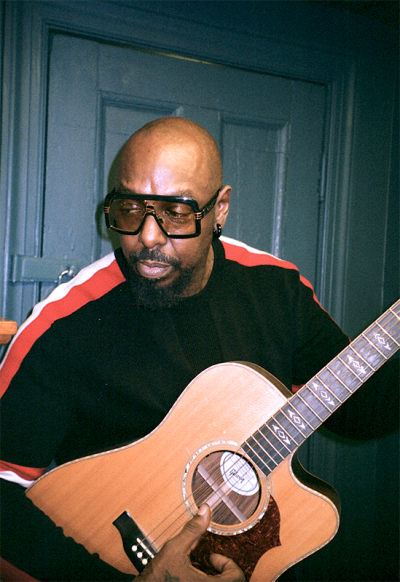 PREGAME: Sleepy Brown and Goodie Mob will reunite for a concert at The Eastern on the night before Thanksgiving. PHOTO CREDIT: Sam T. Hadelman

Goodie Mob & Sleepy Brown, The Eastern — Capping off this month’s must-see hip-hop concerts is the Goodie Mob and Sleepy Brown’s show at The Eastern, which is carrying the title of the first annual ITIS Music Experience. The unofficial Dungeon Family reunion takes place the night before Thanksgiving Day, and although the feasting won’t technically begin until the following day, this concert will apparently be giving attendees a serious case of the itis — a Black colloquialism that has been redefined by the concert promoters to mean “the vanglorious feeling you experience after you pregame for the holiday and get full on the sounds of ATL’s finest.” It’s safe to say that performances from Cee-Lo Green and Goodie Mob, Sleepy Brown, and Mr. Collilpark probably won’t spoil your Thanksgiving appetite, so make sure you grab tickets to check out some of Atlanta’s most notable hip-hop veterans. — Joshua Robinson
$36-$55+. 8:00 p.m. The Eastern, 777 Memorial Dr SE Building C, Atlanta, GA 30316. www.easternatl.com. @easternatl