ABOUT TOWN: Scalawags, ne’er-do-wells, miscreants — call them what you will

They will all be showing up on local stages in January… 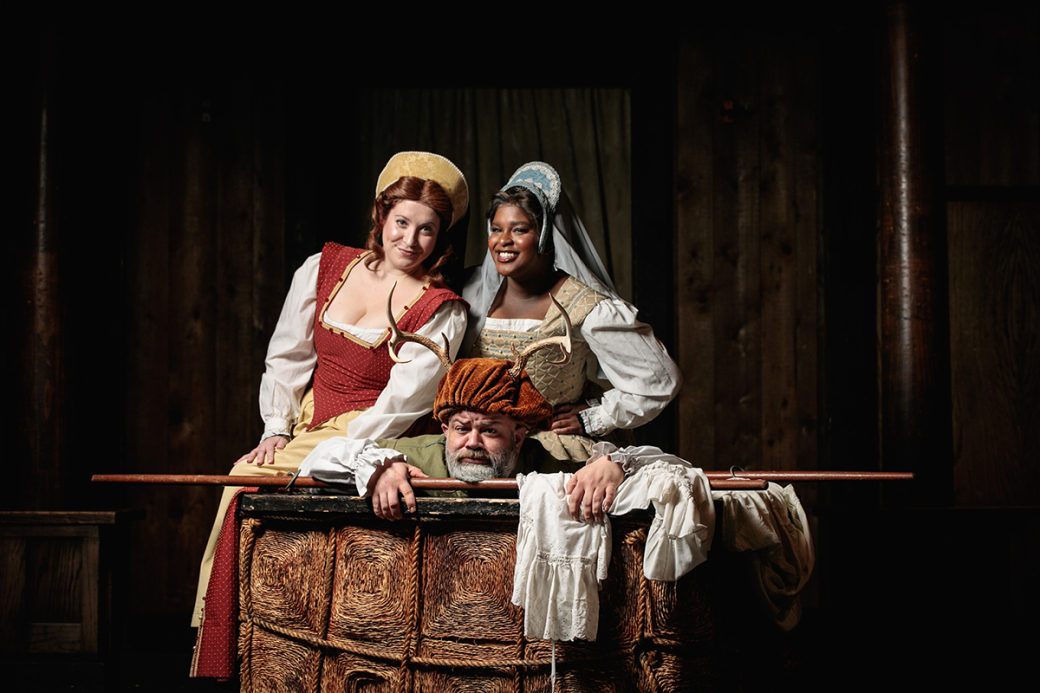 …plus, an African folktale, Riverdance redux, a couple of superb stand-up comics, and a classic opera by Wolfgang Amadeus Mozart. 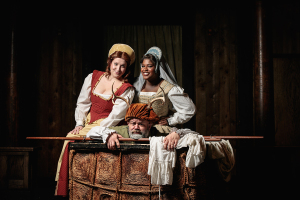 The Merry Wives of Windsor, Shakespeare Tavern Playhouse — The Royal Shakespeare Company describes this farcical comedy, first staged in 1602, as a story about marriage, wealth, class prejudice, jealousy and lies. The rascal Sir John Falstaff attempts to simultaneously woo two rich women who then join forces to retaliate against him, leading to much tomfoolery. According to The Folger Shakespeare, merry wives, jealous husbands and predatory knights were common in this kind of play, known as ‘citizen comedy’ or ‘city comedy.’ In those plays, “courtiers, gentlemen, or knights use social superiority to seduce citizens’ wives.” Literary critics tend to dismiss this one as one of Shakespeare's lesser works, though it has survived well and undergone multiple adaptations, including at least ten different opera productions over the years. The Merry Wives of Windsor is said to have been written at the request of Queen Elizabeth I; she had previously seen the Falstaff character in Henry IV Part I and reportedly wanted the Bard of Avon to recreate him.
$20+ Shakespeare Tavern Playhouse, 499 Peachtree Street, Atlanta 30308. 404-874-5299 shakespearetavern.com 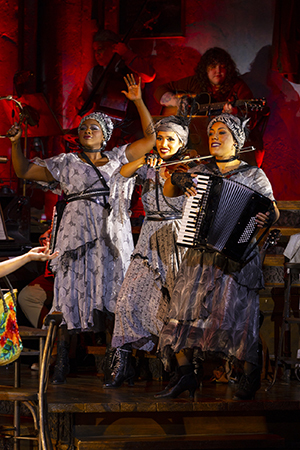 Hadestown, Fox Theatre — Much feted on Broadway, the road show for Hadestown — “where a song can change your fate” — comes to The Fox in January. Written by singer-songwriter Anaïs Mitchell (her first musical) and developed with director Rachel Chavkin, it combines the mythic tales of Orpheus and Eurydice, along with those of King Hades and his wife Persephone. Audiences are invited “on a hell-raising journey to the underworld and back; Mitchell’s beguiling melodies and Chavkin’s poetic imagination pit industry against nature, doubt against faith, and fear against love,” the press release says. The touring production starsNathan Lee Graham as Hermes, Chibueze Ihuoma as Orpheus, Maria-Christina Oliveras as Persephone, Matthew Patrick Quinn as Hades, and Hannah Whitley as Eurydice. The show originated as an independent theater project which then became an acclaimed album. With Chavkin, Mitchell’s artistic collaborator, Hadestown has been adapted into “a genre-defying new musical that blends modern American folk music with New Orleans-inspired jazz to reimagine a sweeping ancient tale.” Vogue called it “your next musical theater obsession” and the Los Angeles Times’ Charles McNulty said the show “achieves a fluidity of musical theater storytelling that makes an old tale seem startlingly new.”
$36+ Fox Theatre, 660 Peachtree Street, Atlanta 30308. 855-285-5499 foxtheatre.org 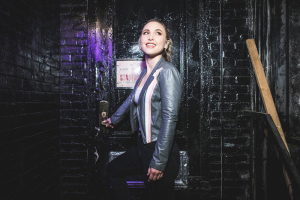 Taylor Tomlinson: The Have It All Tour, Cobb Energy Performing Arts Centre — Being raised in a devout Christian family has given Taylor Tomlinson plenty to rant about. Other topics she favors include cancer, mental health, pop culture and sexuality, all delivered with a mixture of self-deprecation, satire, and sarcasm. Variety'' named Tomlinson a Top 10 Comic to Watch in 2019, and the following year she toured with fellow comedian Whitney Cummings on the Codependent Tour. The Californian also was part of the podcast Self-Helpless with Kelsey Cook and Delanie Fischer and has hosted two Netflix specials. The New York Times wrote that Tomlinson “demonstrates tight joke writing, carefully honed act-outs and a ruthless appetite for laughs.” Los Angeles Times observes, “Even when she’s navigating painful waters, she can’t help but find the humor… her wit and pinpoint delivery reveal both an incisive writer and also a talented actor.”
$54.75, $34.75 & $24.75 Shows at 7 p.m. & 9:30 p.m. Cobb Energy Performing Arts Centre, 2800 Cobb Galleria Parkway, Atlanta 30339. 770-916-2852 cobbenergycentre.com 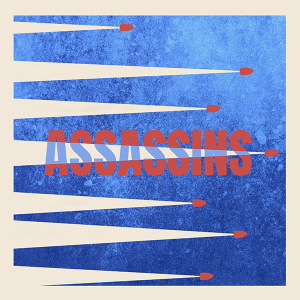 Assassins, Jennie T. Anderson Theatre — The nine individuals who assassinated — or attempted to assassinate — a president of the United States are profiled in what producers are calling a "revusical." Written by Stephen Sondheim and John Weidman, the one-act piece “bend(s) the rules of time and space, taking us on a nightmarish roller coaster ride in which assassins and would-be assassins from different historical periods meet, interact and inspire each other to harrowing acts.” The likes of John Wilkes Booth, Lynette ‘Squeaky’ Fromme, John Hinckley and Lee Harvey Oswald are examined with “dark, demented humor, as horrifying as it is hilarious,” writes Michael Kuchwara of the Associated Press. According to Stage Agent, Assassins spans several musical styles and many decades in a dizzying series of musical and theatrical inventions that culminate in the assassination of John F. Kennedy. The orchestrations are by Michael Starobin. First produced off-Broadway in 1990, the work is based on an original concept by writer and educator Charles Gilbert Jr.
Jennie T. Anderson Theatre, Marietta. 548 South Marietta Parkway, Marietta 30060. 770-528-8492 andersontheatre.org 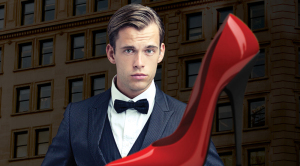 Don Giovanni, Cobb Energy Performing Arts Centre — Set in the Andalusian city of Seville in the 17th century, Mozart’s comedy tells the tale of a recidivous cad who in a single day manages to bring about his own destruction. Based on the story of Don Juan by Spanish dramatist Tirso de Molina and subtitled The Libertine Punished, Don Giovanni’s story is of a likeable yet unprincipled fellow who loves but deceives women by the dozen, leading eventually to hellish retribution. Near the opera’s conclusion, a statue made of stone turns into a vindictive ghost in order to extract contrition from the scoundrel; eternal damnation is a distinct possibilty. Taking the lead in the Atlanta Opera’s production is bass-baritone Brandon Cedel, a native of South Carolina who in under a decade has made a name for himself with performances at the Glyndebourne Festival, the Metropolitan Opera, the Lyric Opera of both Chicago and Boston, and the Canadian Opera Company.
$48 - $160. Cobb Energy Performing Arts Centre, 2800 Cobb Galleria Parkway, Atlanta 30339. 770-916-2852 atlantaopera.org 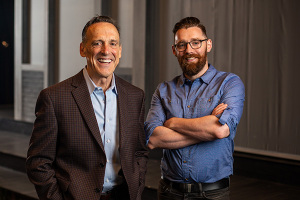 The White Chip, Dad's Garage — The central protagonist is watching his successful theatrical career disintegrate in a haze of alcohol and self-destruction. The fact that he has a wife and good friends is not enough to keep him afloat. “Follow his life from first sip to first love, critical hit to critical care, all the way to rock bottom, where he carves an unusual path to sobriety,” the blurb says. Playing the role of the loser is former Theatrical Outfit director Tom Key, and the title refers to an item given to people in recovery by Alcoholics Anonymous. Also in the cast are Andrew Banator and Gina Rickicki. “A dry comedy about drying out,” Times Square called it. According to The New York Times, the play is “a delicate equilibrium between laugh-out-loud comedy and gasp-inducing, self-inflicted tragedy.” Playwright Sean Daniels, a Dad’s Garage founding member, was recently appointed by Florida Studio Theatre as director to the Recovery Project, a new initiative working to heal the stigma of addiction and recovery through the development of new plays, education programs, and outreach.
$25 ($15 youth, students) Dad's Garage, 569 Ezzard Street, Atlanta 30312. Theatricaloutfit.org 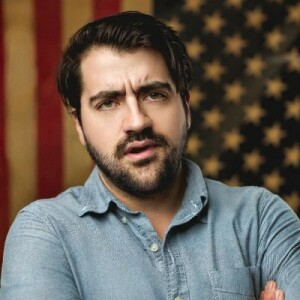 Trae Crowder: Just Me and Ya’ll, Buckhead Theatre — The so-called Liberal Redneck is trekking around the country to deliver his unique brand of trenchant ranting to all and sundry, whether they like it or not. Trae Crowder rose to fame with a bunch of online videos that mercilessly lambasted whatever right-wingers were up to, and he parlayed that into podcasts, TV shows, stand-up appearances, and writing gigs. Crowder co-wrote and produced a documentary, Inherent Good, with former presidential candidate Andrew Yang, and showed up in the Veronica Mars reboot as Chattanooga Charlie. Born in rural Tennessee, Crowder authored the book The Liberal Redneck Manifesto: Draggin' Dixie Outta the Dark (2016). He describes his character as “just me cranked up to 11,” adding, “It all comes from an authentic place. I have a very stereotypical redneck background and upbringing and I am very liberal politically, but I don't act that way all the time; I'm not hollering my opinions in people's face(s) and stuff.”
$35 - $45 Buckhead Theatre, 3110 Roswell Road, Atlanta 30305. 404-843-2825 livenation.com 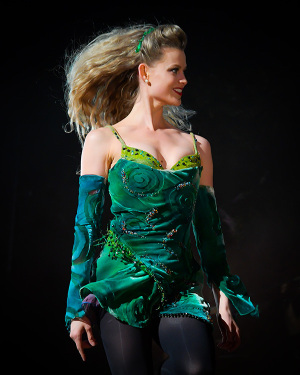 Riverdance: 25th Anniversary Show, Fox Theatre —  The celebrated Irish dance extravaganza first seen by hordes a quarter century ago has been updated with “innovative and spectacular lighting, projection, stage, and costume designs” as well as a new soundtrack recording by composer Bill Whelan. Riverdance began as an “electrifying and innovative seven-minute dance piece” during the interval of the 1994 Eurovision Song Contest, and was then developed into a full-length stage show; it premiered in Dublin in early 1995, breaking box office records, and has since toured the world multiple times. “The music had moved into a very different position from when we first recorded it,” Whelan says of the latest version. “In this case, the music had been in the ether for a lot of the musicians, many of whom weren’t even born when I first wrote the score. As a result, these players come to this recording with a unique virtuosity - distinguished with both a familiarity and an energetic freshness.”
$36+ Fox Theatre, 660 Peachtree Street, Atlanta 30308. 855-285-5499 foxtheatre.org 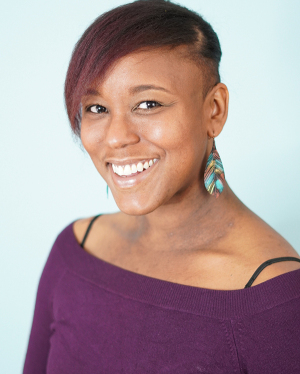 Mufaro's Beautiful Daughters: An African Tale, Synchronicity Theatre — Director and choreographer Taryn Janelle calls Mufaro's Beautiful Daughters “a familiar tale with a timeless message.” Set in Zimbabwe, the play is a musical retelling of the children’s picture book by writer and illustrator John Steptoe, and was originally published in 1987; Steptoe was inspired by a folktale published by author G.M. Theal in 1895. “It has been such a joy and honor to have the opportunity to add a new dimension to this story — which was such a large part of my childhood — for a new generation of children, including my own,” Janelle wrote in an email. LeRell Ross, her collaborator, recounts his mother reading him the book as a child and “used this story to teach both me and my siblings that in a world and time where vanity is glorified and sought after, we should be like the king and Nyasha in the story, highlighting the beauty found within.” The king in question is looking for a local woman to marry and Mufaro, a villager, sends both his daughters - one good, the other not so much - to the castle as potential candidates. Drama ensues. For his efforts, Steptoe won the 1988 Coretta Scott King Award for Illustrators for demonstrating "appreciation of African American culture and universal human values" and his book went on to be adopted into many children's literature curricula, according to its publisher.
$25+ Synchronicity Theatre, 1545 Peachtree Street, Atlanta 30309. 404-484-8636 synchrotheatre.com