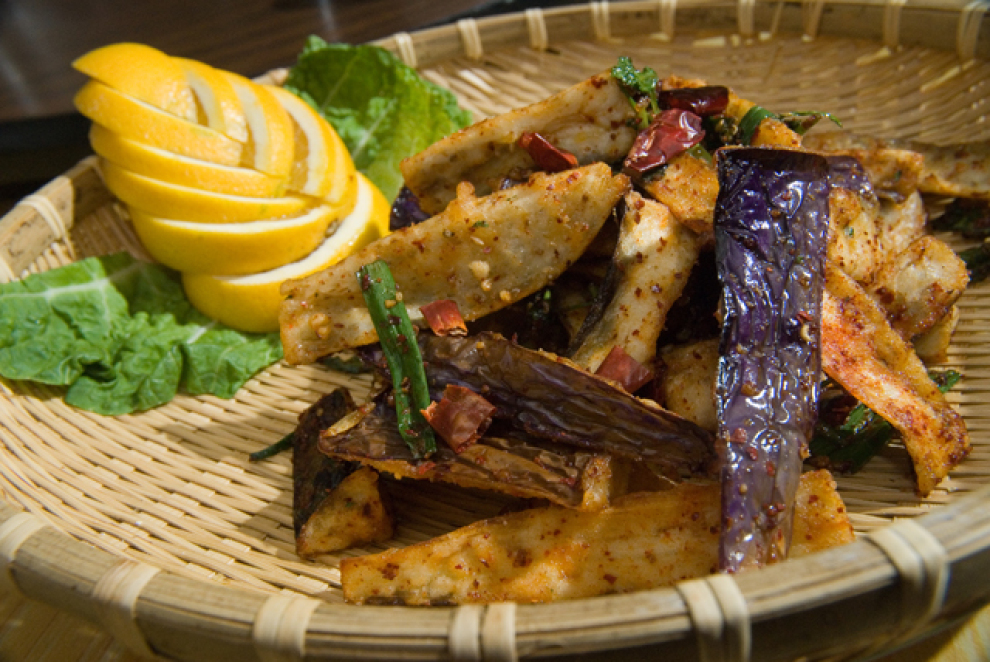 When this dish appeared in the mid-2000s, it was a revelation to Atlanta diners. Batons of eggplant are dry-fried - not deep-fried - which means they aren't soggy, but as crispy as french fries. The interior is creamy like custard and the outside is seasoned with that hot and numbing Sichuan wonder Tasty China is known for. Pops of fresh scallion add brightness in between bites. Just don't eat the dried chilies. $8.95.?

STILL THE ONE: Tasty China's dry fried eggplant was featured in the 2011 edition of 100 Dishes to Eat Before You Die