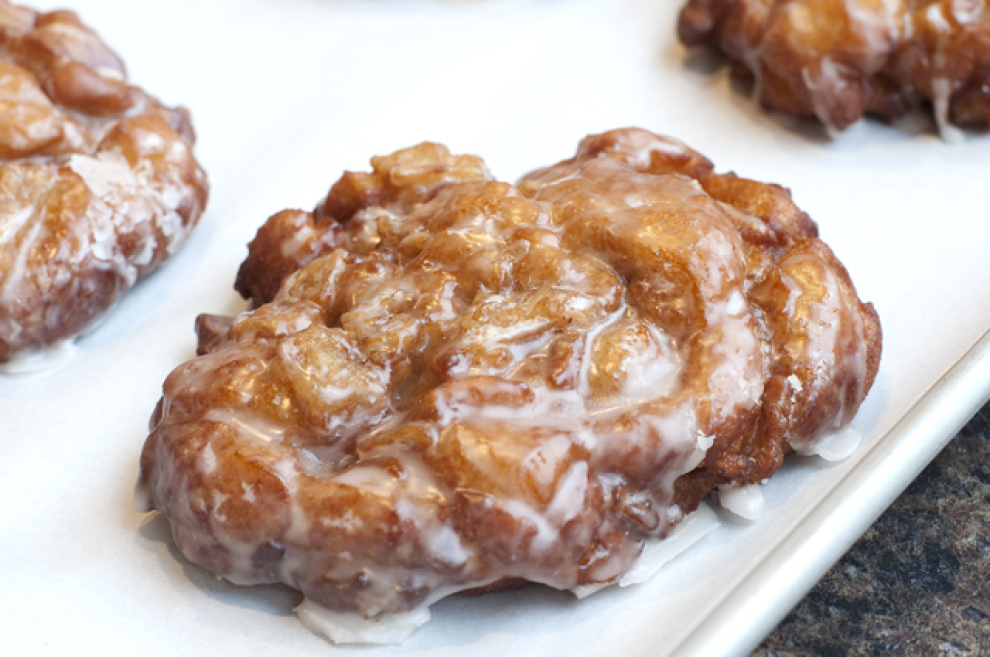 Available at Revolution Doughnuts & Coffee - Decatur !
Revolution Doughnuts’ cinnamon apple fritter triggers memories rooted so deep, it’s as though the flavor combination were written into the human genome. The knotty jumble of cinnamon-laced dough is fried to a deep molasses color and then glazed. The crunchy crust — of which there is plenty, thanks to all the lumps and bumps of dough — surrounds a moist, subtly spiced interior and bits of soft apple. The fritter has a freshness rarely found in such deep-fried, sugarcoated treats. It’s big enough to split. Or not.