Creature Comforts’ describes its version of Stay G-O-L-D as “a hazy, juicy and dank IPA that features Citra, Mosaic, Chinook, and Strata hops and is 6 percent alcohol by volume.” The brew, created with Run the Jewels, launches in Atlanta at a special release party featuring live music from Trackstar the DJ of Run the Jewels and a midnight soul food pop-up from Mike and Shyretha Sheats of Staplehouse and the Plate Sale. The party will also feature live graffiti and chalk art, which will be auctioned to benefit the Georgia Conservancy. Stay G-O-L-D will be available for onsite consumption and carry-out purchase at Creature Comforts starting Fri., Oct. 27, when the Athens brewery will host a release party with musical and DJ performances inside and outside. On the same night, Run the Jewels performs at the season-opening Atlanta Hawks vs. Denver Nuggets game at Philips Arena.

At the Sound Table 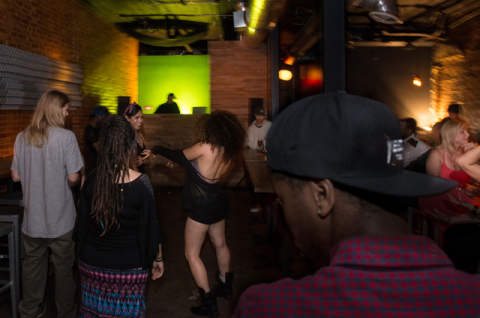