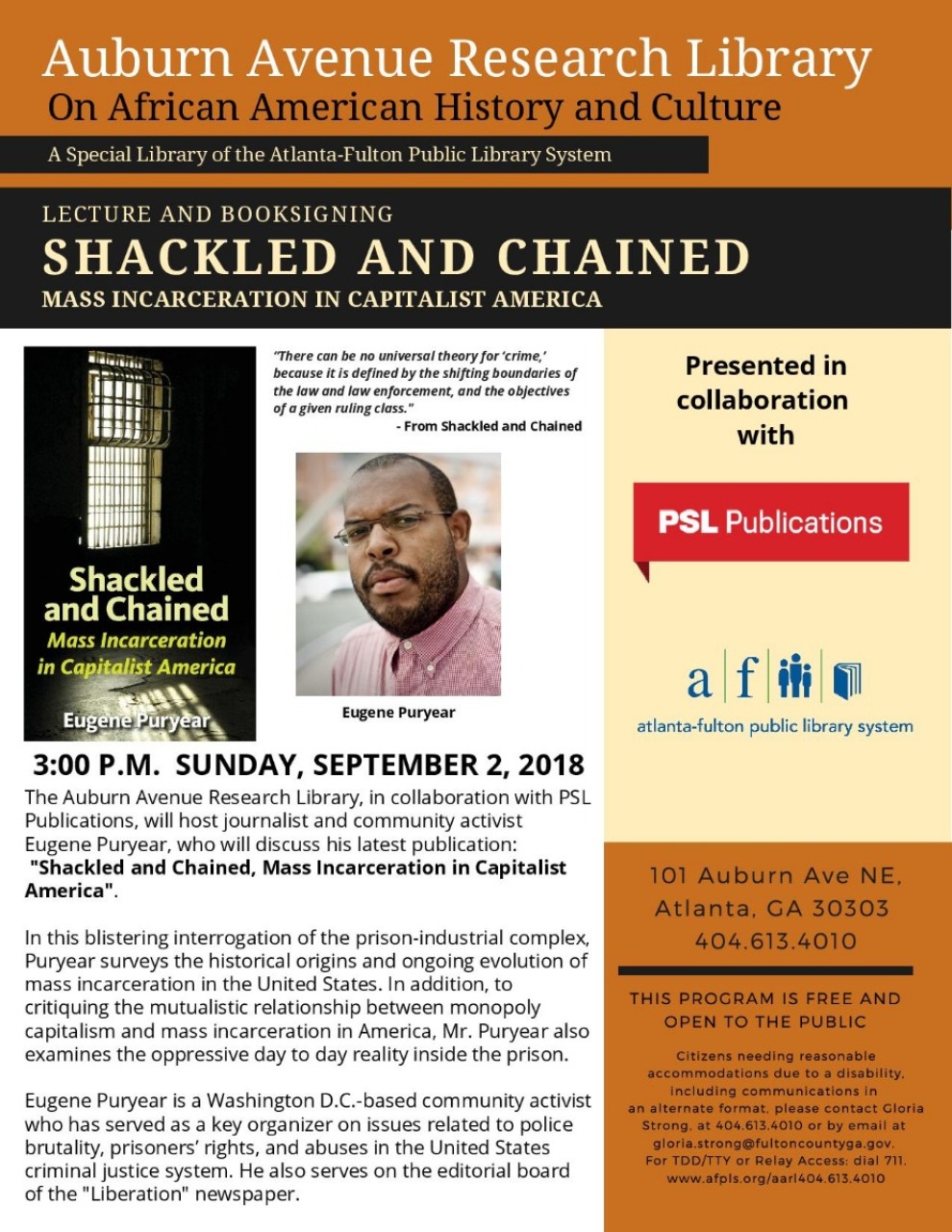 The Auburn Avenue Research Library, in collaboration with PSL
Publications, will host journalist and community activist
Eugene Puryear, who will discuss his latest publication:
"Shackled and Chained, Mass Incarceration in Capitalist
America".
In this blistering interrogation of the prison-industrial complex,
Puryear surveys the historical origins and ongoing evolution of
mass incarceration in the United States. In addition, to
critiquing the mutualistic relationship between monopoly
capitalism and mass incarceration in America, Mr. Puryear also
examines the oppressive day to day reality inside the prison.
Eugene Puryear is a Washington D.C.-based community activist
who has served as a key organizer on issues related to police
brutality, prisoners’ rights, and abuses in the United States
criminal justice system. He also serves on the editorial board
of the "Liberation" newspaper