Man of the House: Mental Health and Suicide in the Black Community 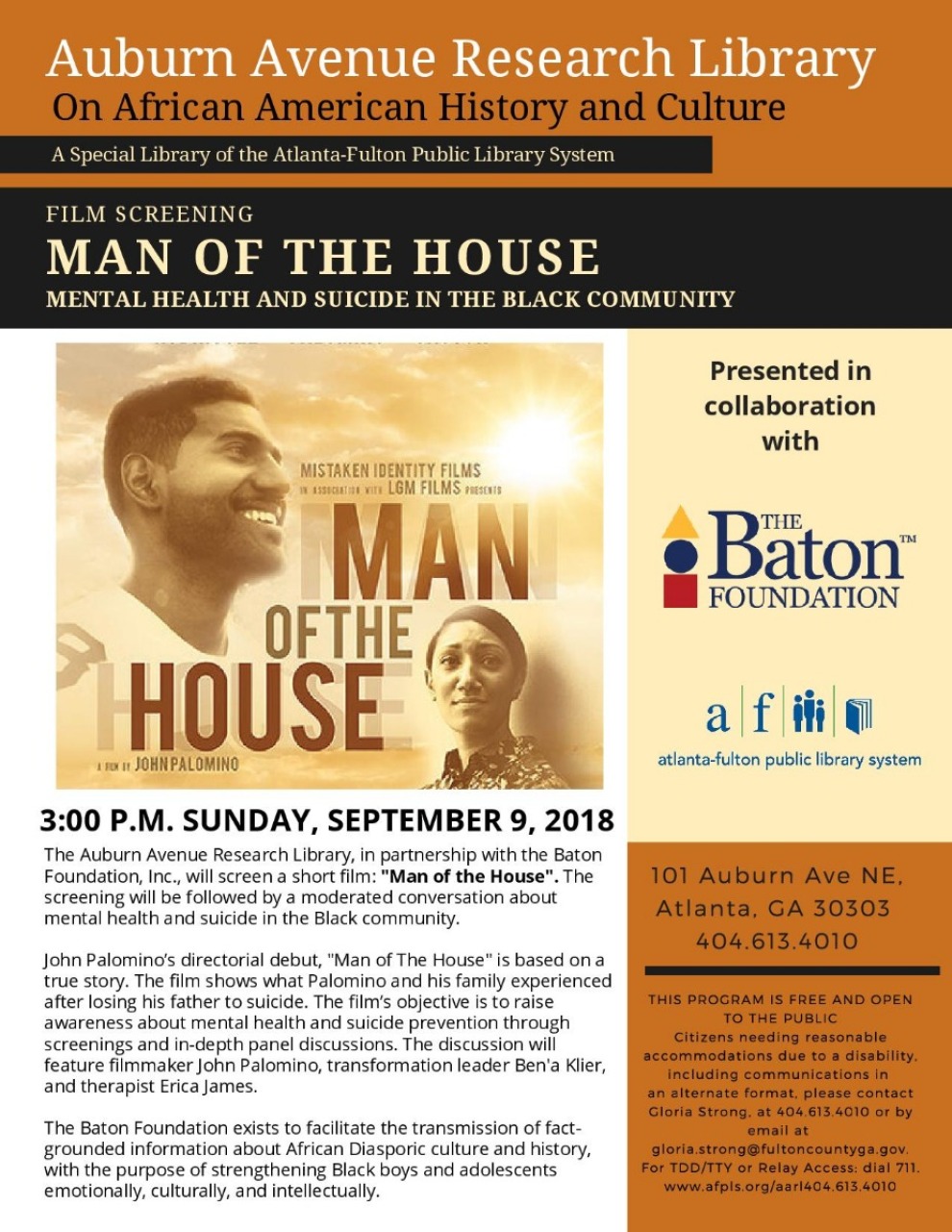 The Auburn Avenue Research Library, in partnership with the Baton
Foundation, Inc., will screen a short film: "Man of the House". The
screening will be followed by a moderated conversation about
mental health and suicide in the Black community.
John Palomino’s directorial debut, "Man of The House" is based on a
true story. The film shows what Palomino and his family experienced
after losing his father to suicide. The film’s objective is to raise
awareness about mental health and suicide prevention through
screenings and in-depth panel discussions. The discussion will
feature filmmaker John Palomino, transformation leader Ben'a Klier,
and therapist Erica James.
The Baton Foundation exists to facilitate the transmission of factgrounded
information about African Diasporic culture and history,
with the purpose of strengthening Black boys and adolescents
emotionally, culturally, and intellectually. 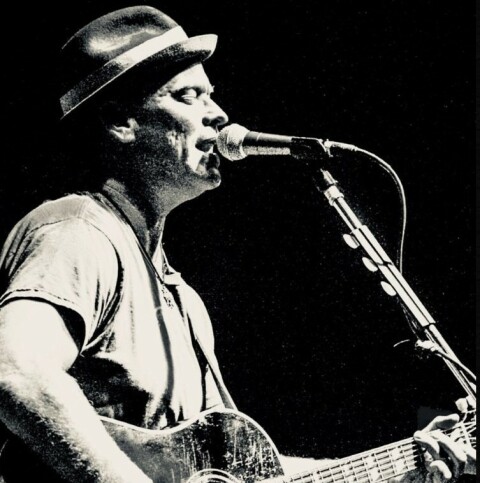 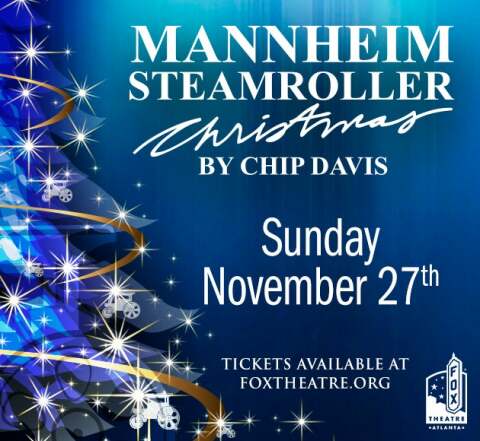 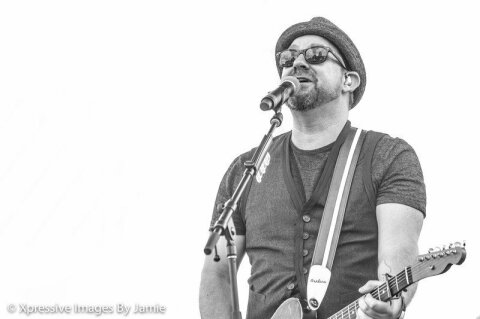 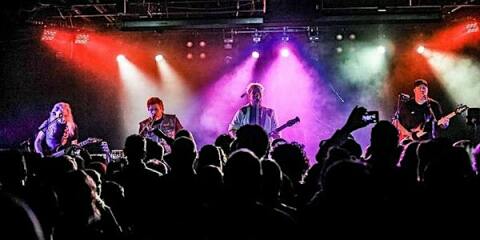 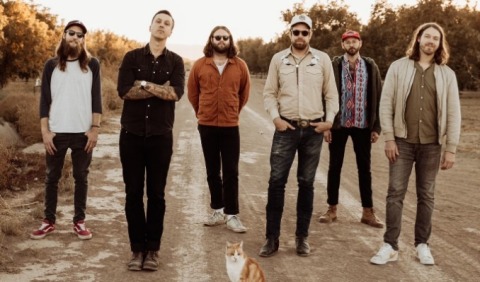 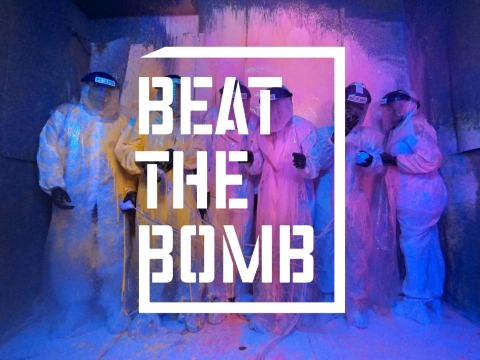