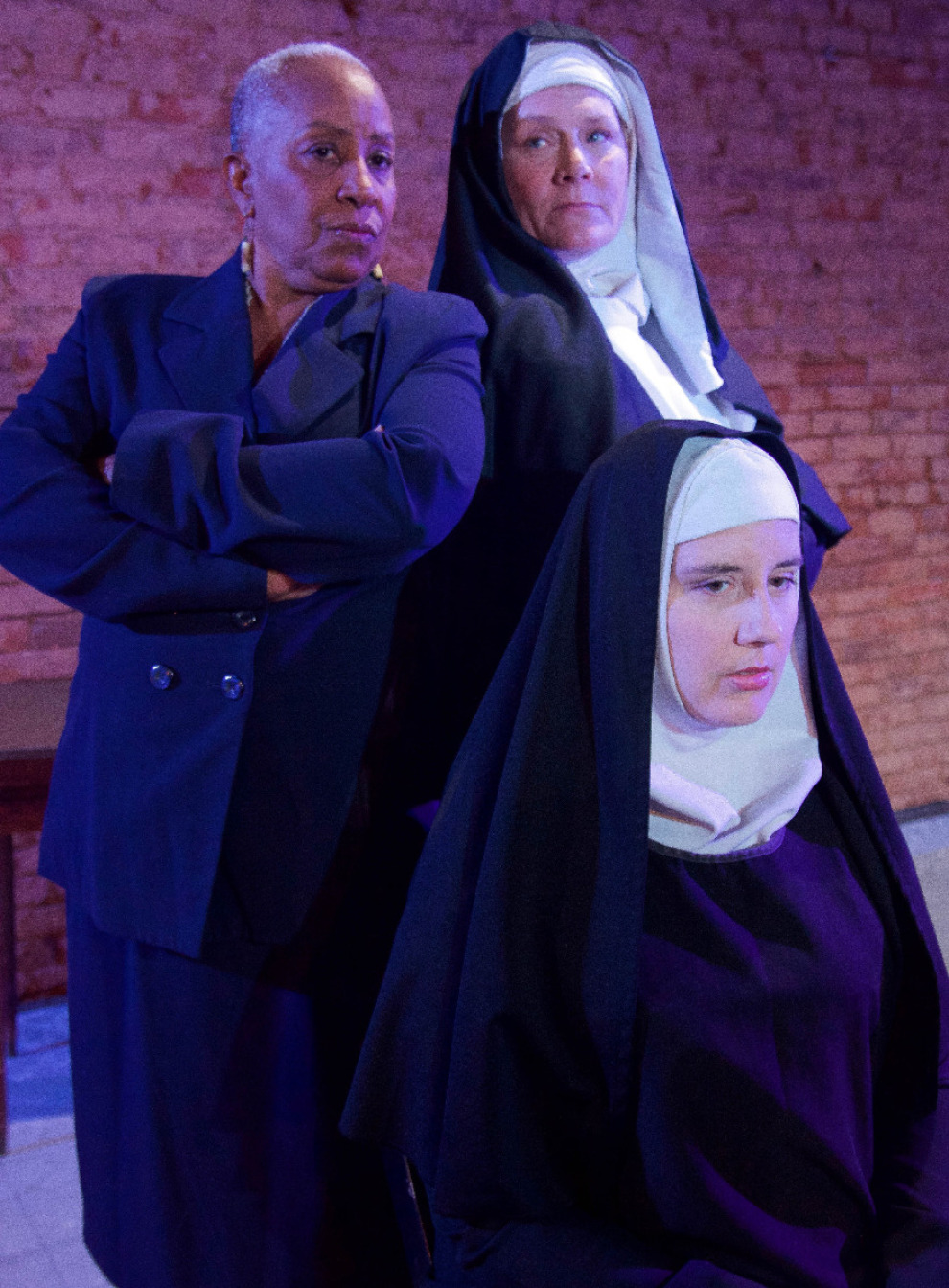 Agnes (Sarah Craig), a young nun, has given birth in a convent. Agnes claims no memory or knowledge of the event. Her mother superior, Mother Miriam Ruth (Lynna Schmidt), insists that Agnes does not understand what happened. Dr. Martha Livingstone (Brenda Porter), the court-appointed psychiatrist, wants to discover the truth of the matter hidden behind Agnes’s veiled and cloistered mind. A psychological war ensues between Dr. Livingstone and Mother Miriam Ruth over Agnes’s mental and spiritual health, and the play becomes a collection of contrasts between science and religion, between the temporal and spiritual, and between facts and faith.