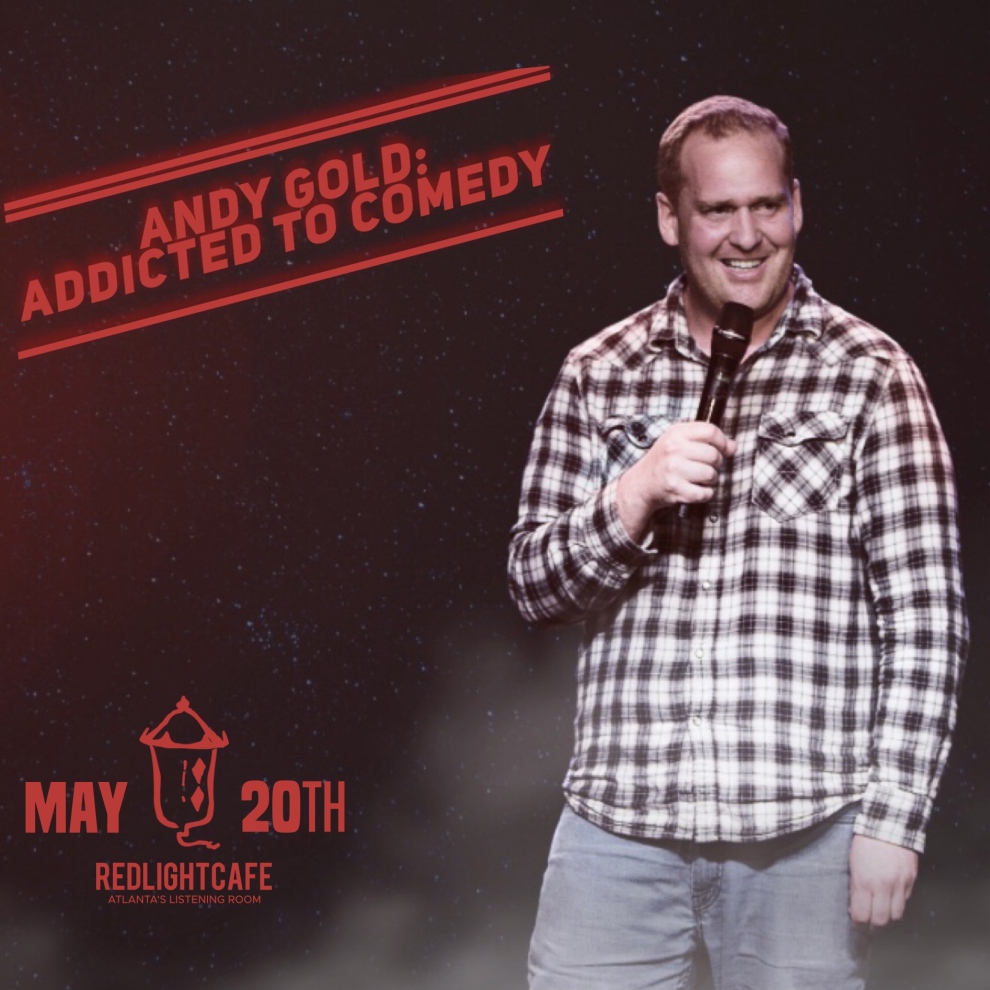 Andy Gold: Addicted to Comedy is a new stand-up comedy show about the grizzly life of addiction, the road to recovery and what it’s like navigating though life as a recovering addict.


Andy has appeared in festivals and competitions all over the country, including the Boston Comedy Festival, San Diego Comedy Festival, Laugh Your Asheville Off and Comcast’s Trial by Laughter Comedy Festival. Andy’s comedy has also been featured on Hulu and he can be heard regularly on Kevin Hart’s Laugh out Loud network on Sirius XM and Audible’s Punchlines. Andy also recorded a full length special for Dry Bar Comedy called Dreamcatcher in which he received an exciting amount of hateful comments from lonely Facebook moms in homemade pants.


Andy draws humor from all parts of his life, especially the nearly 10 years he spent in active heroin addiction which has made Andy is a favorite at treatment centers and recovery events across the country. Andy began his comedy career just six months after a (temporally) fatal overdose prompted Andy's family to intervene and convince him to go to treatment. A prolific writer, Andy’s material runs the gamut from sharing colorful jokes about life, dating, jail, rehab, family and recovery and it’s all tied together by one thing and one thing only: really big laughs.