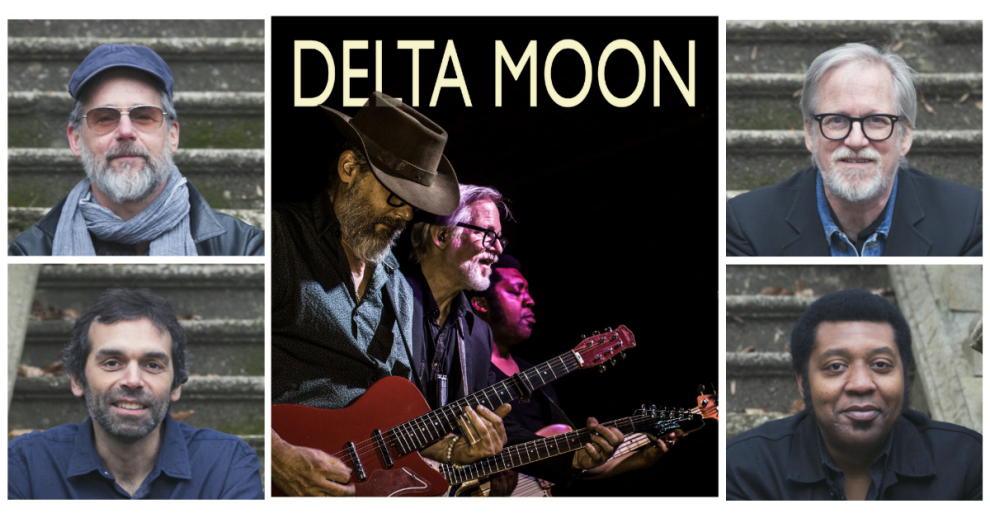 “Delta Moon has developed over the years a very unique sound based as much on the two slide guitars as on the memorable voice of Tom Gray…. I think this is one of the most important bands today.” – Wasser-Prawda (Germany)

Delta Moon’s latest album, Babylon is Falling, was released September 21, 2018. The band’s 10th studio recording, it peaked at #3 on the national blues-rock record chart and #1 on the roots music chart in Georgia, according to the Roots Music Report.

“A masterful work of musicianship combined with talented singing and songwriting. The use of the slide guitars is magical.” — Roots Music Report

“The band’s grooves are catchy and cool, and the setlist of mostly originals showcases fine songwriting. Hot stuff!” — Vintage Guitar

Delta Moon tours extensively in the US, Canada and Europe. See them here and now.