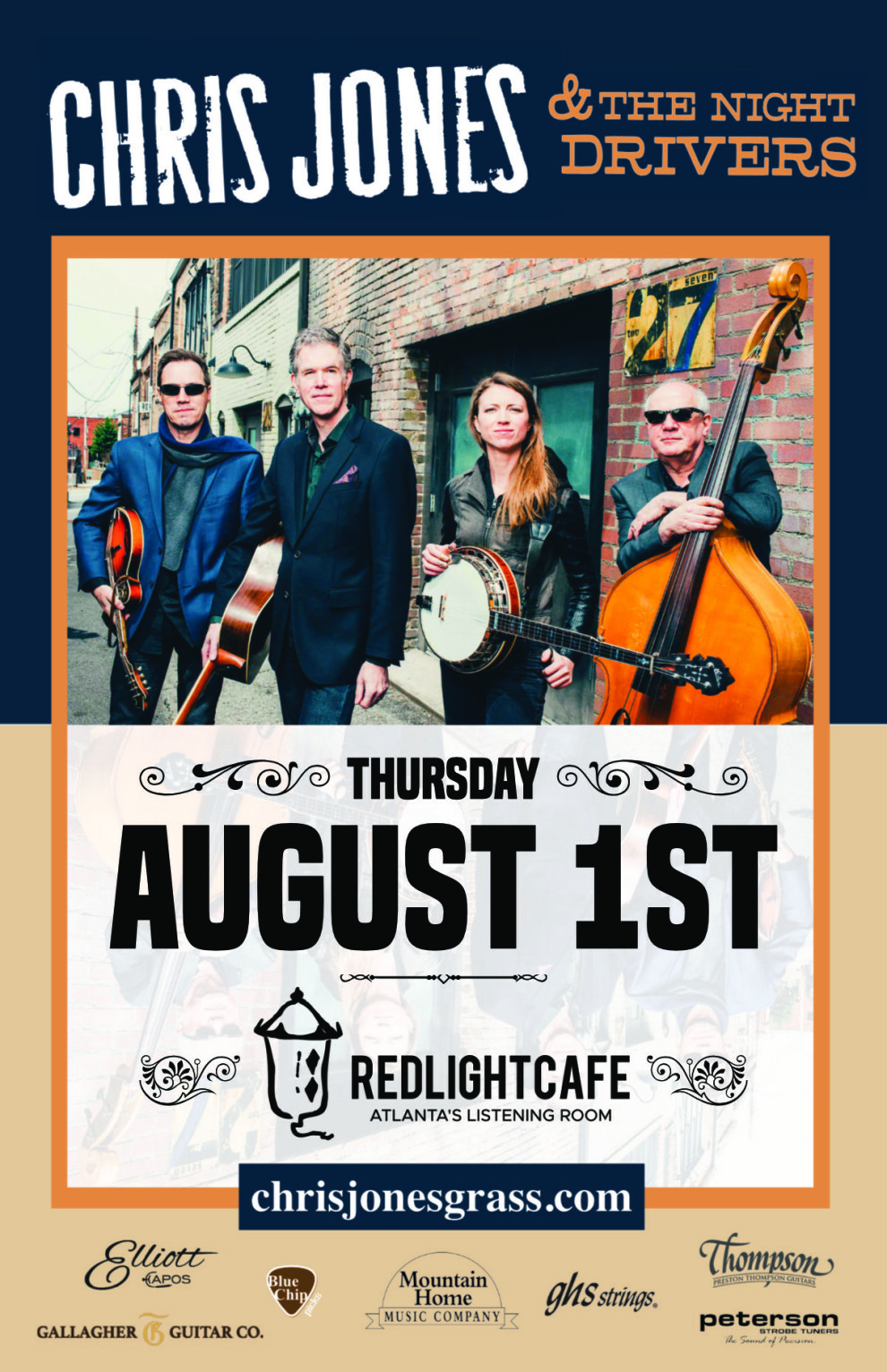 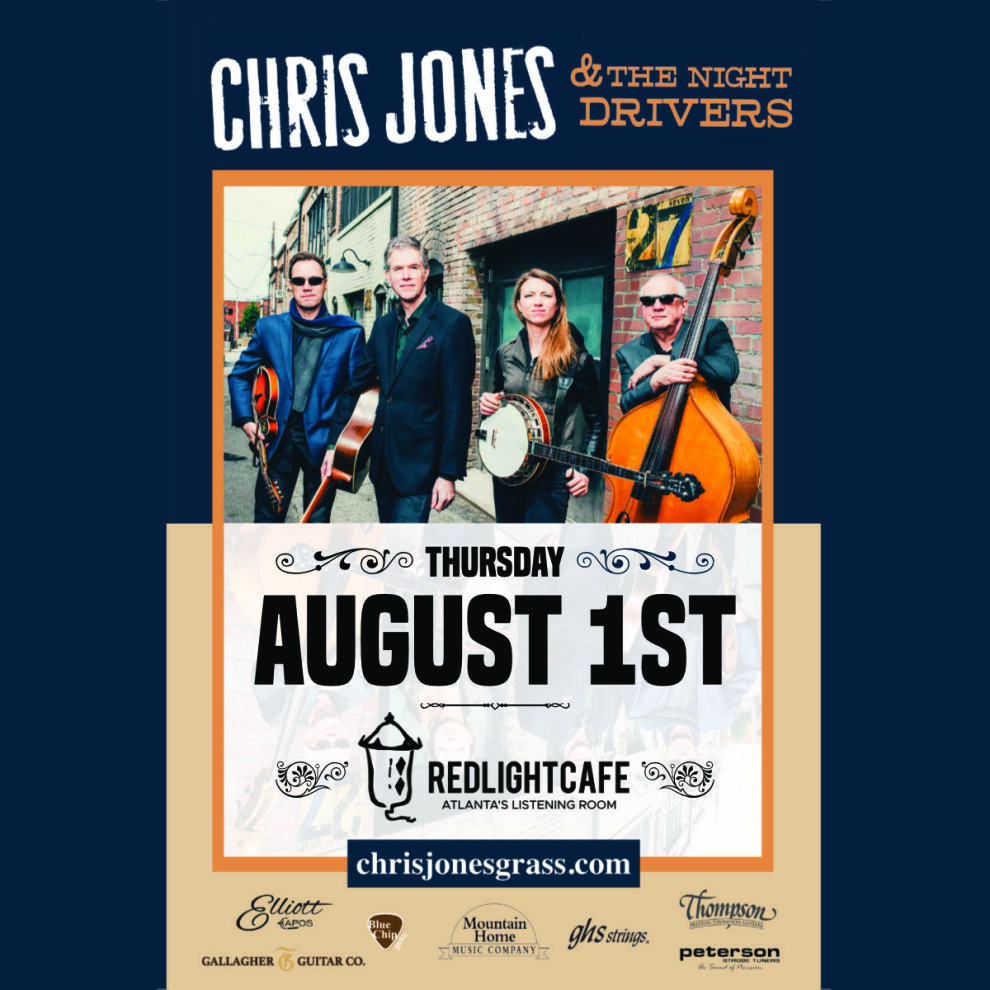 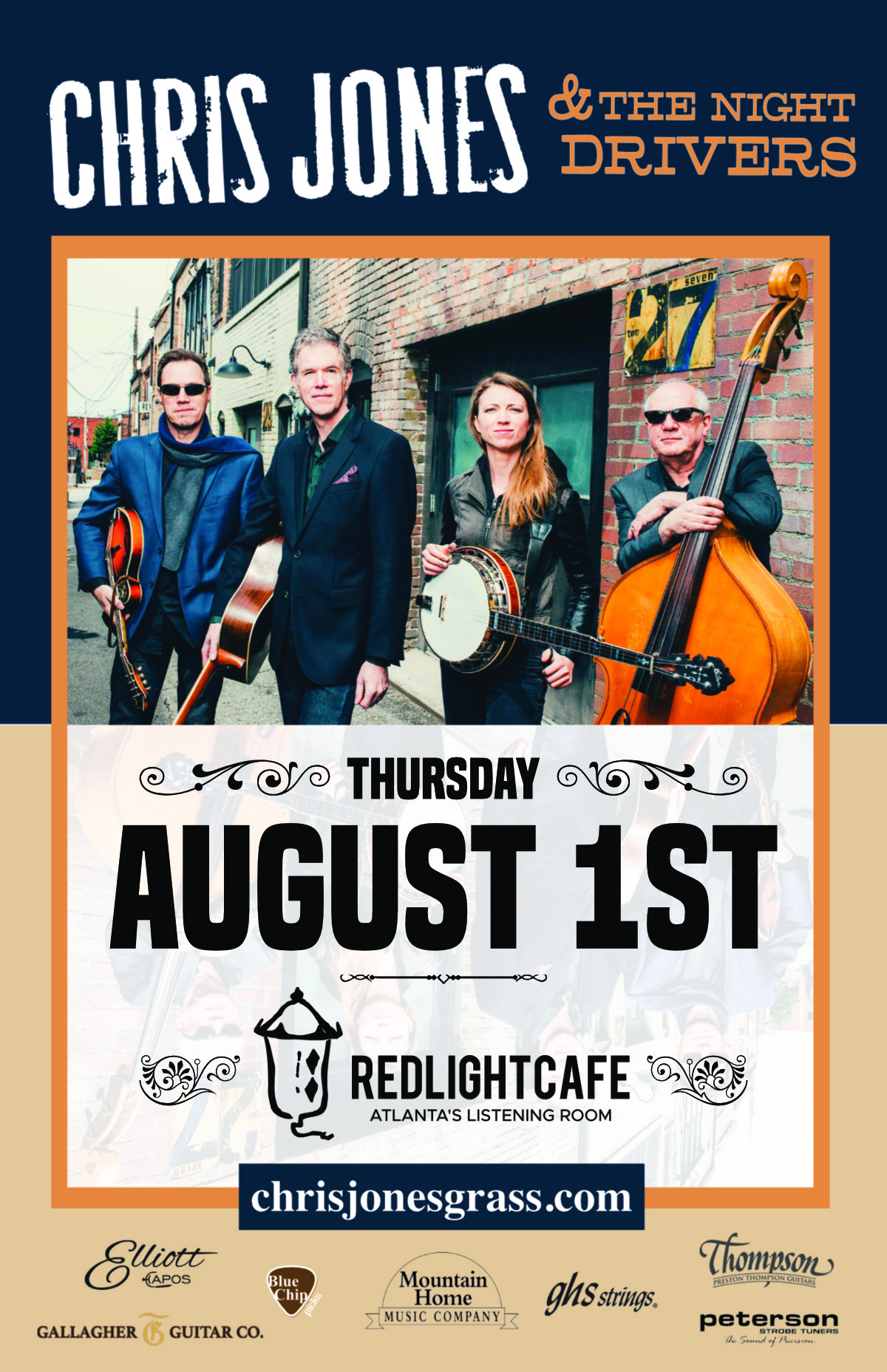 Whether it’s in the studio or on stage, Chris Jones & The Night Drivers are making some of the most distinctively elegant yet driving music to be heard anywhere today, and they’re delivering it with a unique blend of dry wit, emotional authenticity and broad humor that’s won the loyalty of a growing number of fans across the country, from Merlefest in North Carolina to California’s Huck Finn Jubilee, and around the world.

Banjo player/actor/director Steve Martin declared that, “Chris Jones’ voice is there with the great masters,” and called The Night Drivers “some of the best players in bluegrass.”

The band is led by Chris’ soulful lead-singing, songwriting, and solid rhythm and lead guitar. Chris boasts extensive performance credits as a sideman with artists like Lynn Morris, Vassar Clements, Special Consensus, Dave Evans, Earl Scruggs, and the acclaimed Irish band The Chieftains. Mark Stoffel, who is originally from Munich, Germany, has a mandolin style that perfectly fits the band sound with his beautiful tone, taste, and rhythmic sense. Jon Weisberger, whose playing has made him a sought-after fill-in bass player in Nashville with The Del McCoury Band, the Roland White Band, Larry Cordle, and others, anchors the band’s strong rhythmic foundation. Newest member, Gina Furtado, a driving and innovative banjo player, and another contributor of original material, hails from Front Royal, VA. Mountain Home recently signed her as a solo artist as well, releasing her critically acclaimed album, “True Colors.” Gina was nominated for IBMA Banjo Player of the Year.

The band is also becoming known as a songwriter’s bluegrass band, with Weisberger and Jones now co-writing many of the band’s current songs, and all four members contributing material. Jon has had over 200 of his songs recorded by various other artists as well, from The Infamous Stringdusters to Doyle Lawson & Quicksilver, including numerous #1 songs.  Chris and Jon are both IBMA award-winning songwriters, Jon being the 2012 Songwriter of the Year, and Chris taking home the trophy for the 2007 Song of the Year for “Fork in the Road.” Altogether, members of Chris Jones & The Night Drivers have won nine IBMA awards and have recorded ten #1 songs, including two from their latest Mountain Home album “Made to Move.”

The Night Drivers also bring name recognition in related fields, as bluegrass fans are well-familiar with Jones for his award-winning work as a SiriusXM DJ, on both Bluegrass Junction and Willie’s Roadhouse. Meanwhile, Jon Weisberger is heard weekly as co-host and producer of Bluegrass Junction’s “Hand Picked with Del McCoury.”