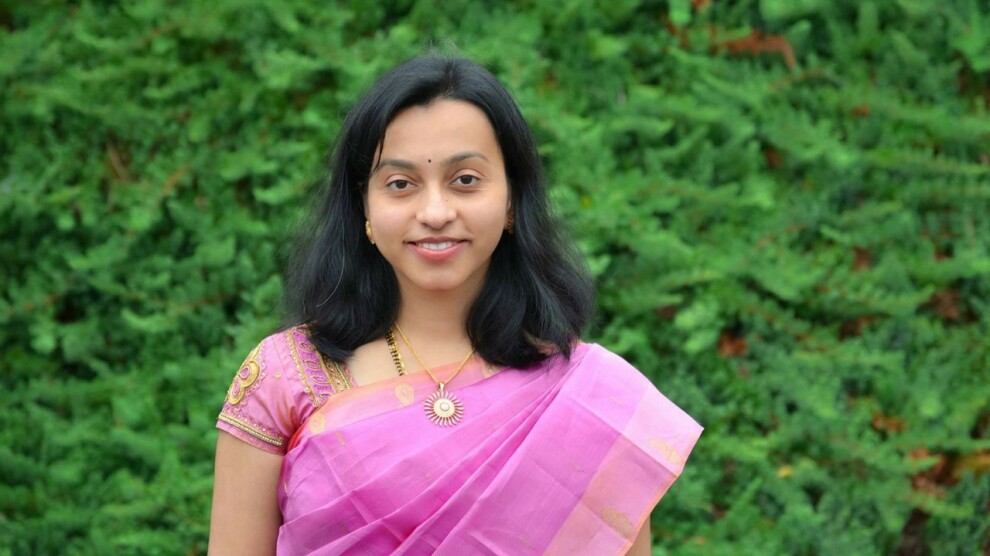 Carnatic music is one of the oldest systems of music. Sri Purandara Dasaru is considered as the Father of Carnatic Music. He formulated the system for teaching. Other great composers like Saint Tyagaraja, Sri Muttuswy Dixitar, Sri Shyama Shastry (trinity of Carnatic music) and many more have contributed towards this system with their structured compositions in different Ragas (melodic scales) which are handed down through generations of disciples.

Atlanta-based Anjana Nagaraja is originally from Mysore, Karnataka in India. She is a disciple of Smt. Dr. Sukanya Prabhakar, a leading vocal artist in Karnataka and Vidwan Ganesh Rajagopalan, Carnatic violin maestro. She has completed Vidhwat exams (Proficiency in Music) during 2011 and 2012 and has pursued a Master of Arts in South Indian classical Music from Karnataka State Open University, Mysor