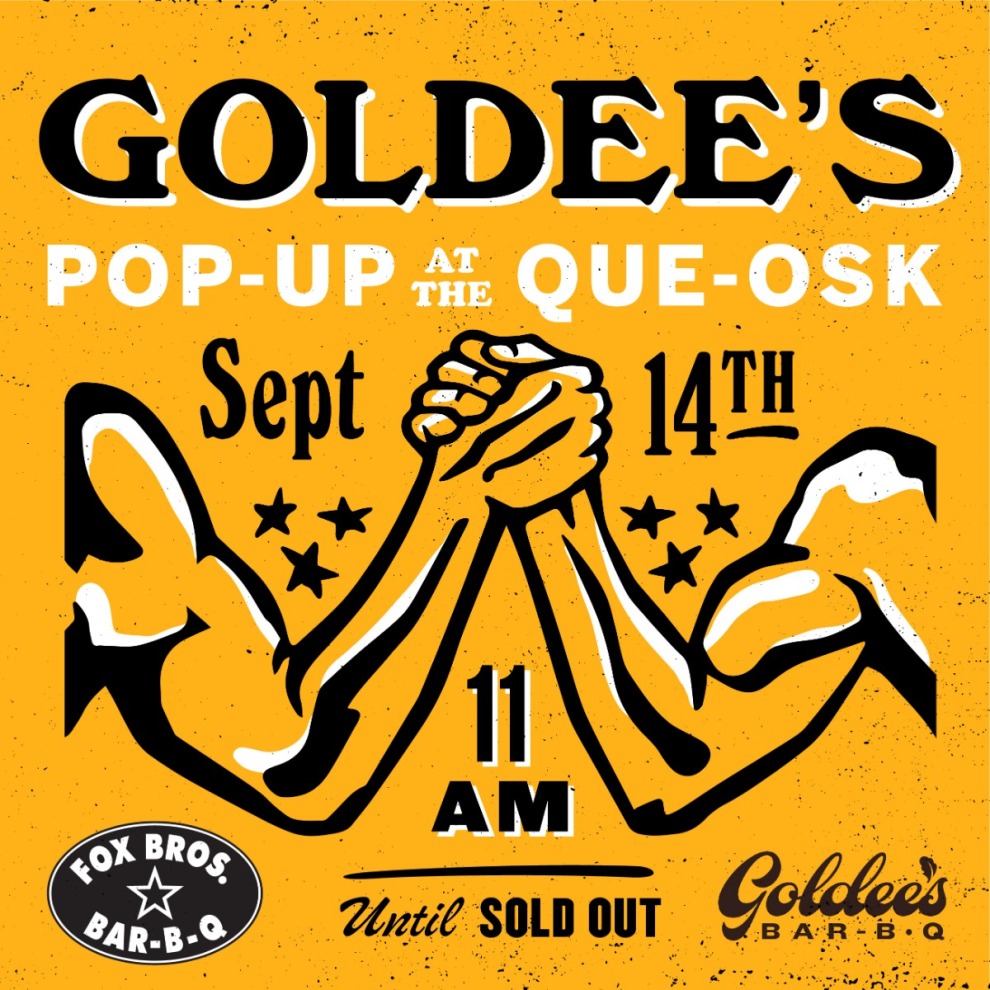 Fox Bros. Bar-B-Q are welcoming back pitmaster Dylan Taylor with friends Johnny White and Lane Milne to the Que-osk on Saturday, September 14 for another pop-up of their upcoming restaurant, Goldee’s Barbecue in Fort Worth, TX. The team behind the Goldee’s dream spent years cooking and training at some of the most celebrated restaurants near Austin, TX. Taylor made his way from Terry Black’s to La Barbecue to Truth BBQ, taking over the pits and catching the eye of Texas’ barbecue scene as he went. From there, the Goldee’s dream took off and he and his friends decided it was time to open their own restaurant. The menu for the pop-up will highlight central Texas craft-style barbecue featuring traditional favorites like ribs, sausage and brisket with choices of side items. Guests are encouraged to arrive early, as quantities are limited. Service begins at 11 a.m. and runs until sold out.