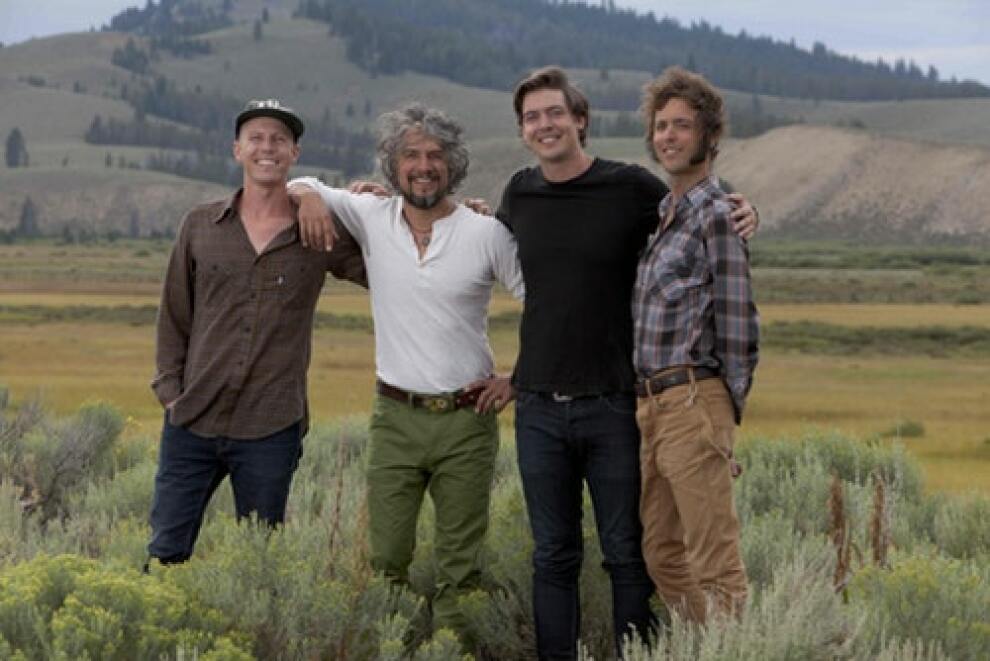 In various combinations, the Lillies — founder/songwriter Cruz Contreras, bass player/songwriter Sam Quinn, guitarist Graham Mallany, and drummer/songwriter Bowman Townsend — committed themselves to recording a brand new song every week. They aren’t lavishly orchestrated or fully fleshed out; sometimes lyrics were written mere minutes prior to the broadcast. The songs are performed on acoustic instruments still grimy from shows the night before, and the guys don’t bother to pick out their finest threads. Quinn, more often than not, plays shirtless.


“You’re putting songs out there that aren’t finished, aren’t perfectly arranged, and we might barely be able to perform them yet,” Contreras says. “We might be tired or hungover, playing them at a truck stop or wherever. It’s nort glamorous — but it has held us accountable to a rate of productivity that is really important, and it kept our fans up to speed with the evolution of the group — even if a lot of them did offer to send us clothes or food!”


More than anything else, “The Sprinter Sessions” set the stage for “Stranger to Me,” the latest album by the Lillies that dropped last fall on Attack Monkey/Thirty Tigers. The album is the band’s first since the departure of longtime member Trisha Gene Brady, and it’s one that has been highly anticipated by fans and members of the media who were curious to hear the “new” Black Lillies.