In Flames, RED, Arrival of Autumn 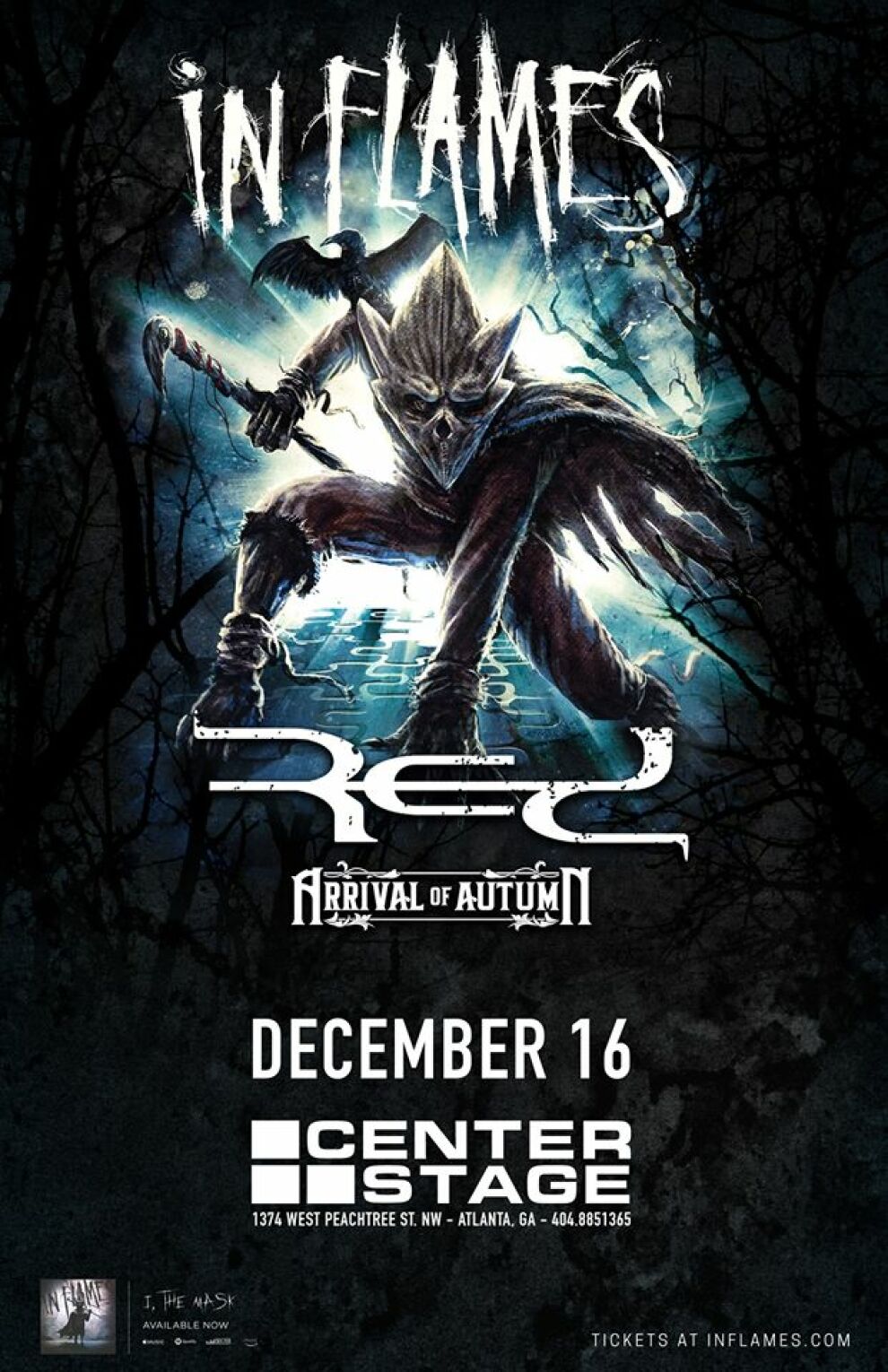 Sweden’s leading metal band has never stopped moving forward during the more than 20 years they’ve been performing. The melodic death metal of the band’s early days has since evolved into a unique expression, manifested in 12 albums like A Sense of Purpose, Sounds of a Playground Fading, Siren Charms and their latest release, Battles, recorded in Los Angeles with multi Grammy nominated producer, Howard Benson. 2016’s BATTLES spun off the band’s first Top 15 track at Active Rock radio and charted Top 10 in multiple countries internationally. The globally demanded act have toured worldwide with acts such as Metallica, Judas Priest and Avenged Sevenfold while inspiring many of our favorite rock and metal artists today. In Flames is a band that fans around the world can rely on, inspiring their fans, the Jesterheads, to live by the phrase, ”In Flames We Trust”.
More information