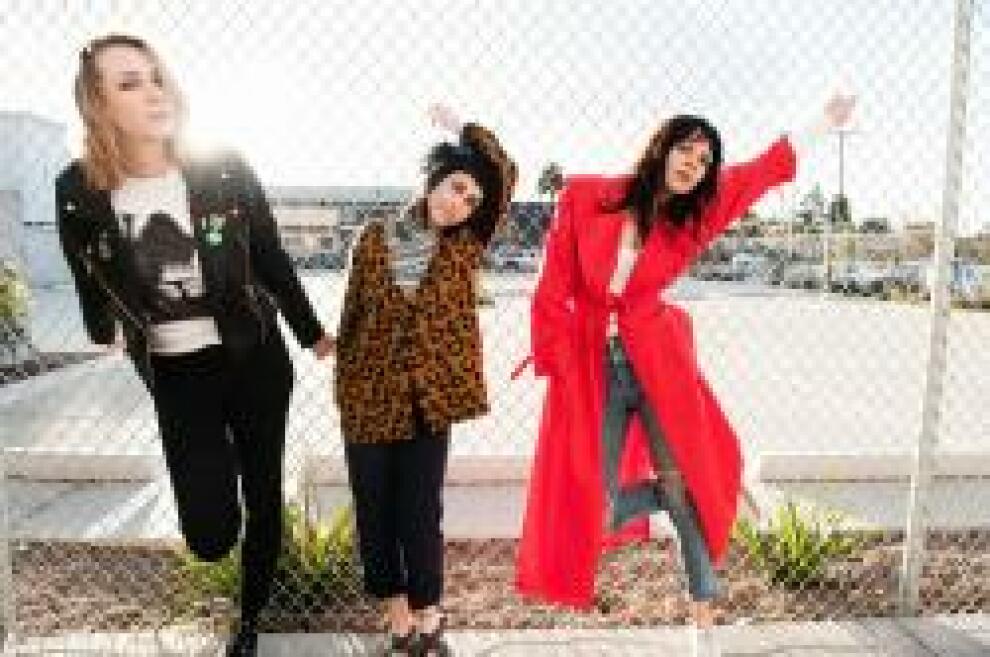 Courtesy of The Earl
Cost: $28

An all-female garage punk band with an irreverent, fun-loving attitude, the Coathangers play purposefully simple, hooky tunes that borrow from vintage girl group sounds and contemporary teen pop acts as much as the old-school punk and new wave outfits that inform their sound. Hailing from Atlanta, Georgia, the Coathangers were formed in 2006 by guitarist and singer Julia Kugel (aka Crook Kid Coathanger), bassist and singer Meredith Franco (aka Minnie Coathanger), keyboardist and singer Candice Jones (aka Bebe Coathanger), and drummer and singer Stephanie Luke (aka Rusty Coathanger) — Kugel and Franco were working together in a dress shop that specialized in wedding gowns and prom dresses Jones and Luke were earning their living as bartenders. While they could barely play their instruments, they were eager to take the stage, and after playing their first show at a house party, the Coathangers soon made their proper stage debut opening for the Hiss, and their sense of fun soon won over hometown audiences.

They also became friends with fellow Atlanta band the Black Lips, who gave the Coathangers opening slots that helped them gain an even larger audience. In 2007, infamous Atlanta punk label Die Slaughterhaus Records teamed up with New York's Rob's House Records to issue the band's self-titled debut album, and the Coathangers were playing out as often as their schedules would permit, frequently gigging throughout Georgia and venturing out on short tours. Their second album, 2009's Scramble, was released by Suicide Squeeze Records, and by the time they put out 2011's Larceny & Old Lace, they were playing throughout the country and even toured Europe opening for the Thermals. In 2013, the Coathangers hit Europe again opening for ...And You Will Know Us by the Trail of Dead, but by the end of the year, they were reduced to a trio when Candice Jones left the group. Undaunted, the Coathangers pressed on as a three-piece as they recorded album number four, Suck My Shirt, which was released in the spring of 2014. In 2016, the Coathangers returned with their fifth album, the well-received Nosebleed Weekend. The Parasite EP followed in the summer of 2017 on Suicide Squeeze Records. ~ Mark Deming, Rovi