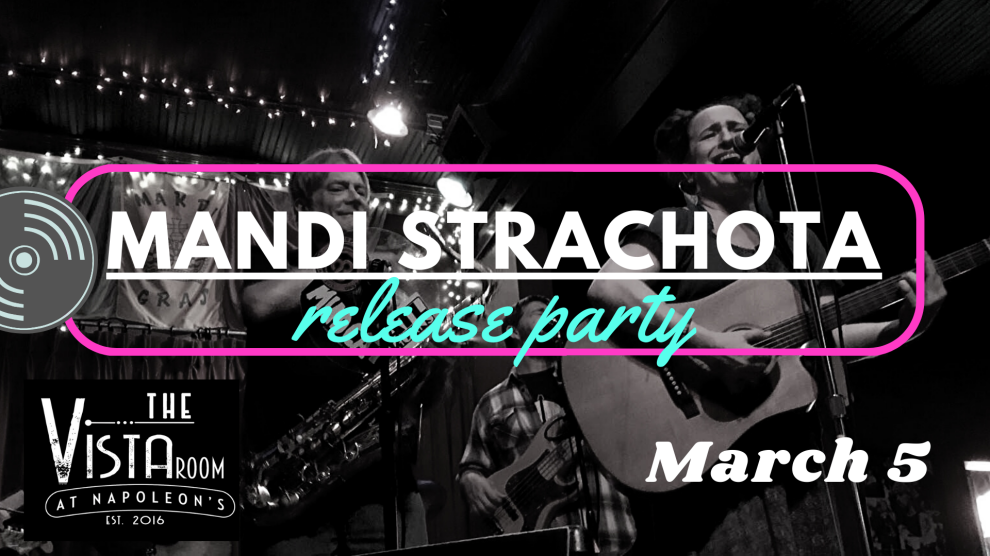 
Born in Atlanta, Georgia and raised in the wilds of Wisconsin, Mandi Strachota is the product of
southern roots and Midwest know-how, a potent mix of practicality and soulful dreaming. Mandi
has become a fixture on the Atlanta scene, playing at local spots like Northside Tavern and Blind
Willie’s, as well as several other spots around town. She is expanding her fan base beyond
Atlanta as she embarks on her second cross country tour in March 2020. Mandi is the lead
vocalist for the Wasted Potential Brass Band who performed at Bonnaroo 2018 as well as Super
Bowl LIII and recently released their first full length album titled Ruining the Surprise Party.
Her collaboration with Atlanta blues legend Mudcat on his 2018 release Castaway attracted the
attention of local music connoisseurs. She is known for her soulful vocals, but is a multi-
instrumentalist who is quickly becoming known for her songwriting. Mandi released her debut
album Fly in the fall of 2013. Her last project Unleashed, which was released in September of
2017, tells her very honest story of self-discovery. Embracing R&B, gospel and soul, with a
touch of grit and country sway, Unleashed is timeless in its sound, but thoroughly modern in its
message. “It is only after exploring and succeeding at risk-taking, that the confidence turns into
freedom and limitlessness,” says Mandi, speaking about both herself and her music, “In other
words - being set free, is only the beginning.” Mandi was recently named Creative Loafing’s
Readers’ Choice ‘Best Acoustic Artist’ for 2019. She is also the winner of the 2019 Atlanta
Blues Challenge and will be representing Atlanta in the IBC in Memphis in January 2020. She is
currently working on multiple projects expected to be released in 2020.