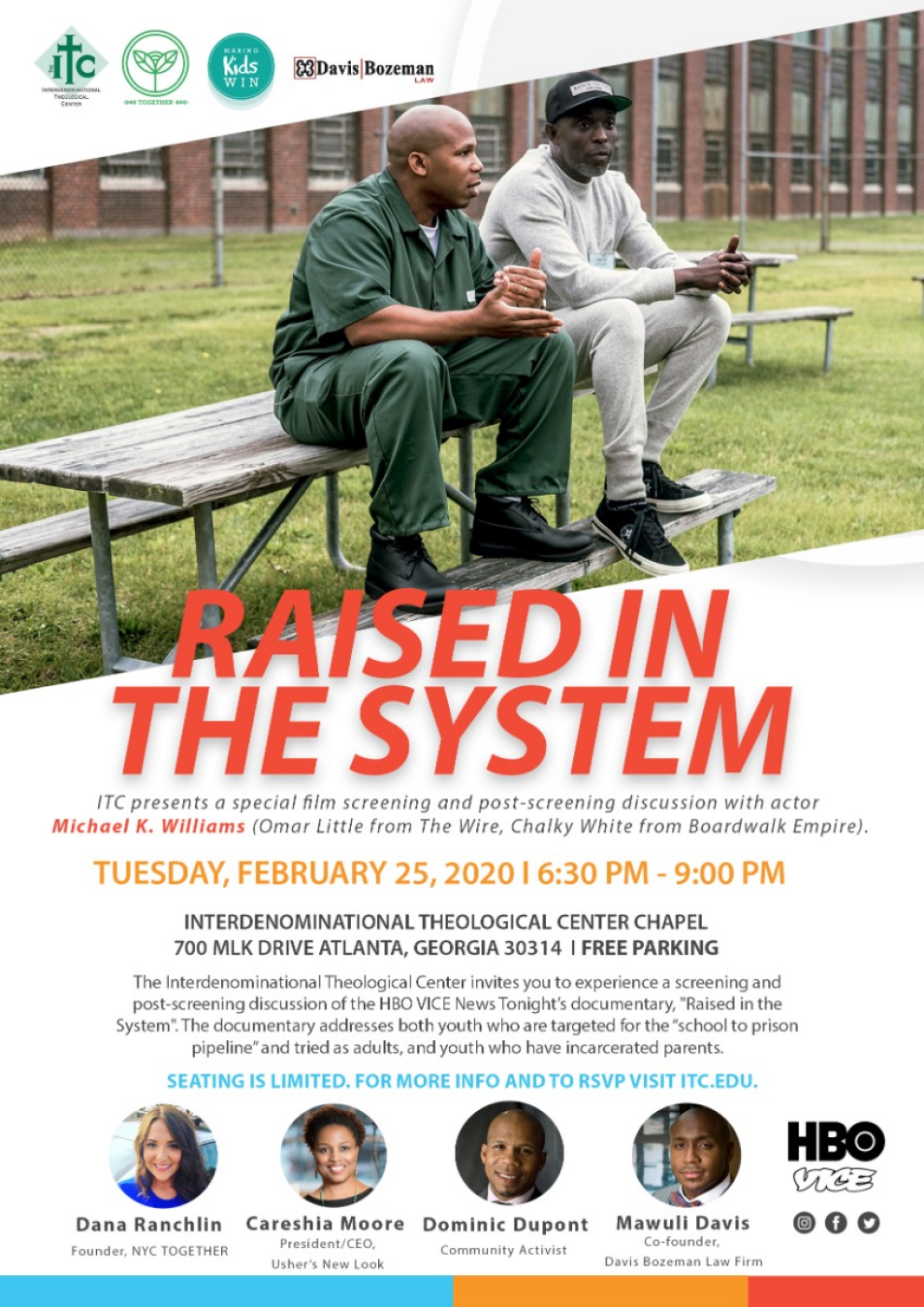 The Interdenominational Theological Center (ITC) is excited to host a screening and panel discussion of HBO’s VICE documentary, “Raised in the System,” produced by Emmy-nominated actor, Michael K. Williams (Omar Little from The Wire, Chalky White from Boardwalk Empire) on the campus of ITC on Tuesday, February 25, 2020 starting at 6:30 PM.

Williams will screen his one-hour documentary on the people impacted by the criminal justice system. “Raised in the System” takes viewers inside detention facilities, where Williams speaks directly with juveniles about their pathways into the system. This event is free and open to the public with parking on the campus – 700 Martin Luther King Jr Dr SW, Atlanta, GA 30314 (Intersection of Martin Luther King Jr Dr SW and Sunset).