I am a Union Soldier: Forsyth Reads Together 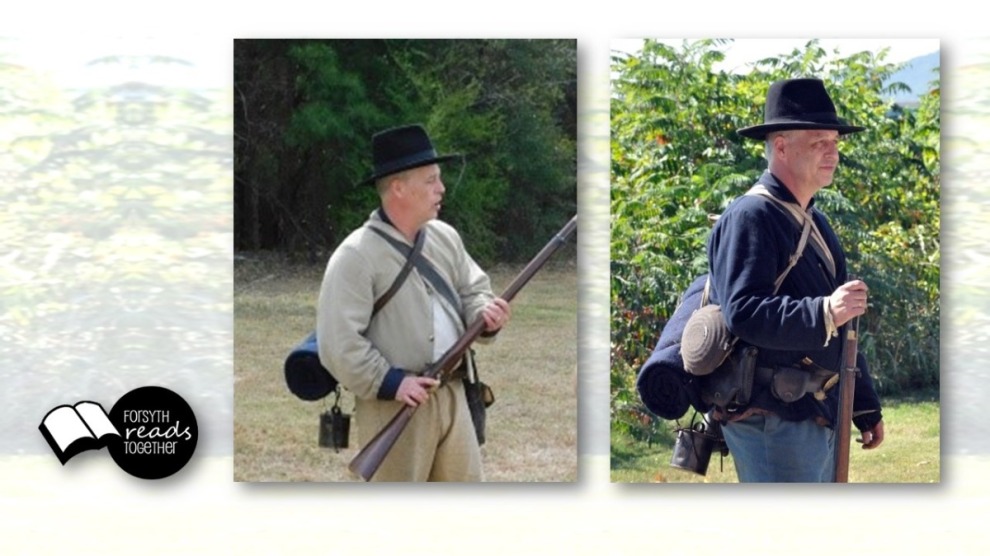 Categories: Guest Lecture; Education; History
Learn about the equipment, uniforms, and life of a Union soldier in the American Civil War. Why did Northern men take up arms? Over half a million lives were lost. What made them think the sacrifices were worth it? Was it preservation of the Union? Was it an abolitionist spirit? While the end of the war resulted in the deliverance of millions from slavery, the idea of Emancipation alone was not enough to fill the Northern ranks.

Based in northwest Georgia, Gene Harmon is a historical interpreter and living historian who is passionate about bringing history to life. As a Certified Interpretive Guide (CIG) with the National Association for Interpretation (NAI), Gene has access to an international network of interpretation professionals in museums and park systems around the world. He currently serves as the Deputy Director of the Sunny Southeast Region of the National Association for Interpretation.