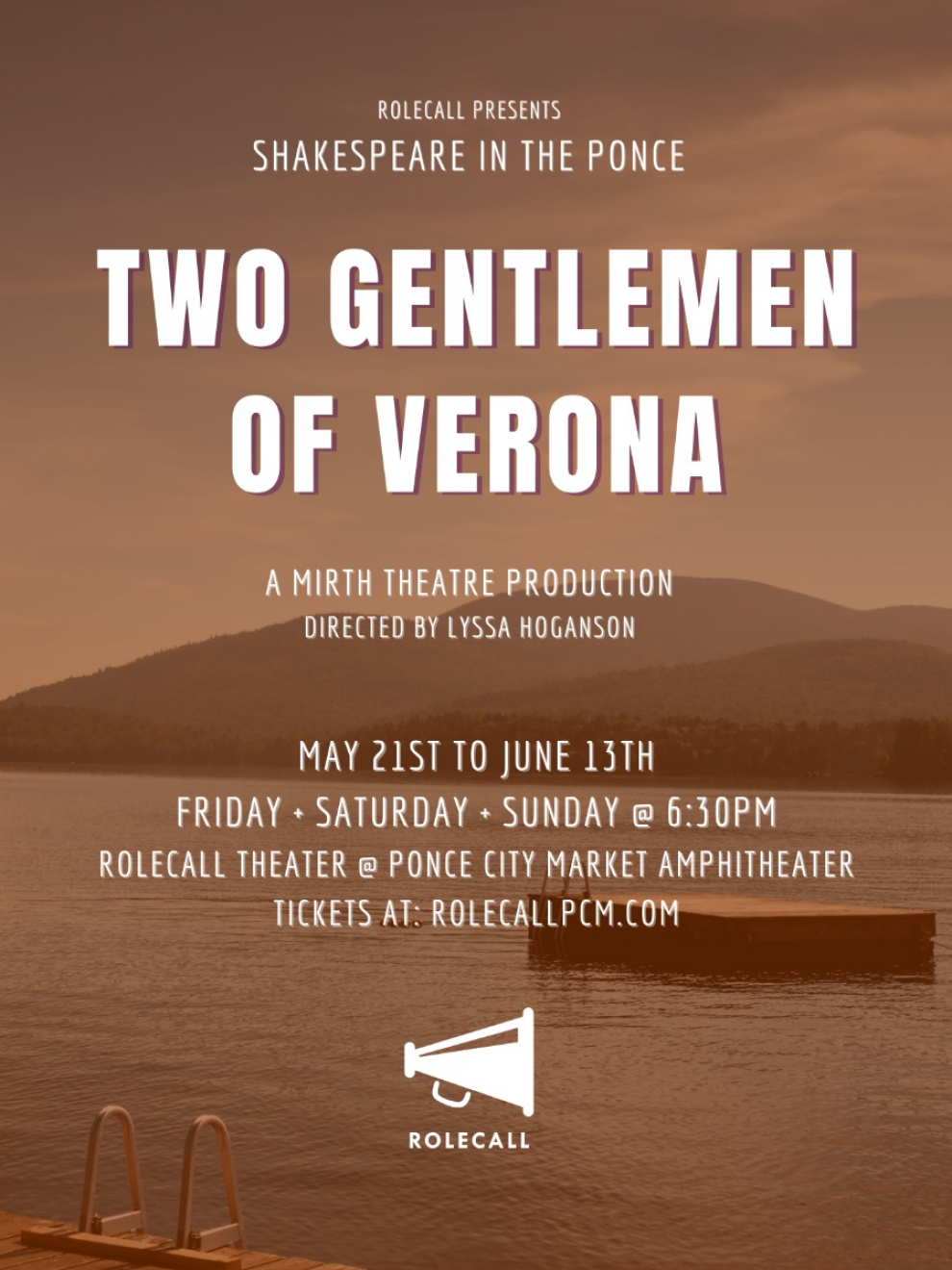 Don't miss Mirth Theatre's upcoming show: Two Gentlemen of Verona, presented by Rolecall Theater as part of their Shakespeare in the Ponce series. This is Mirth's third production with Rolecall for this series, which is performed in the outdoor performance space at Ponce City Market. The actors will be performing masked, the show is outdoors, and audience members are encouraged to spread out and maintain safe distances as well as masking when not eating or drinking as well as when moving around.

This production is abridged to 75 minutes with no intermission and will be set at the summer camps of Camp Milan and Camp Verona. Think Wet Hot American Summer meets Shakespeare with a heavy sprinkle of physical comedy!