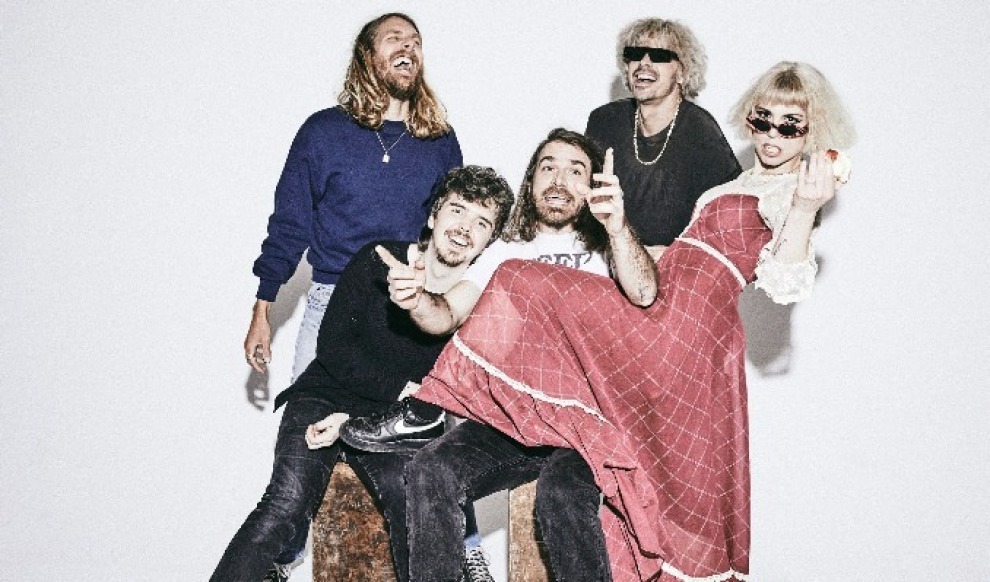 It starts like an alarm. 'Deleter' is the lead track from Grouplove's forthcoming fourth album Healer, and it is an emergency opener. It's fuelled by pounding keys, squalling guitar lines, and lightning drumming before the voice of Christian Zucconi questions everything around him: faith systems, his sense of belonging, communities, his own psyche. “All this time I thought you were a leader/It turns out you're only a deleter.” It could be interpreted as a political statement, but it's also highly personal. “All this time been burning with a fever / It turns out I've always been my healer,” is also switched in as a rhyming line, and in the end sees Zucconi and his collaborator, wife and frontwoman Hannah Hooper realizing that amid every progression and every regression you always come back to yourself for the answers. They're already within you.

Today in a cafe in their LA neighborhood of Silver Lake, the pair sit down as two people who have experienced and borne witness to a great deal of change, trauma and growth in the past three years. You may associate the band as a beacon for positivity and optimism. They're still a five-piece – albeit with a new drummer in Ben Homola – and at their core, remain a vessel for looking at the glass half full. Hence their opening sentiment: a rallying cry for tearing down false idols and building anew.