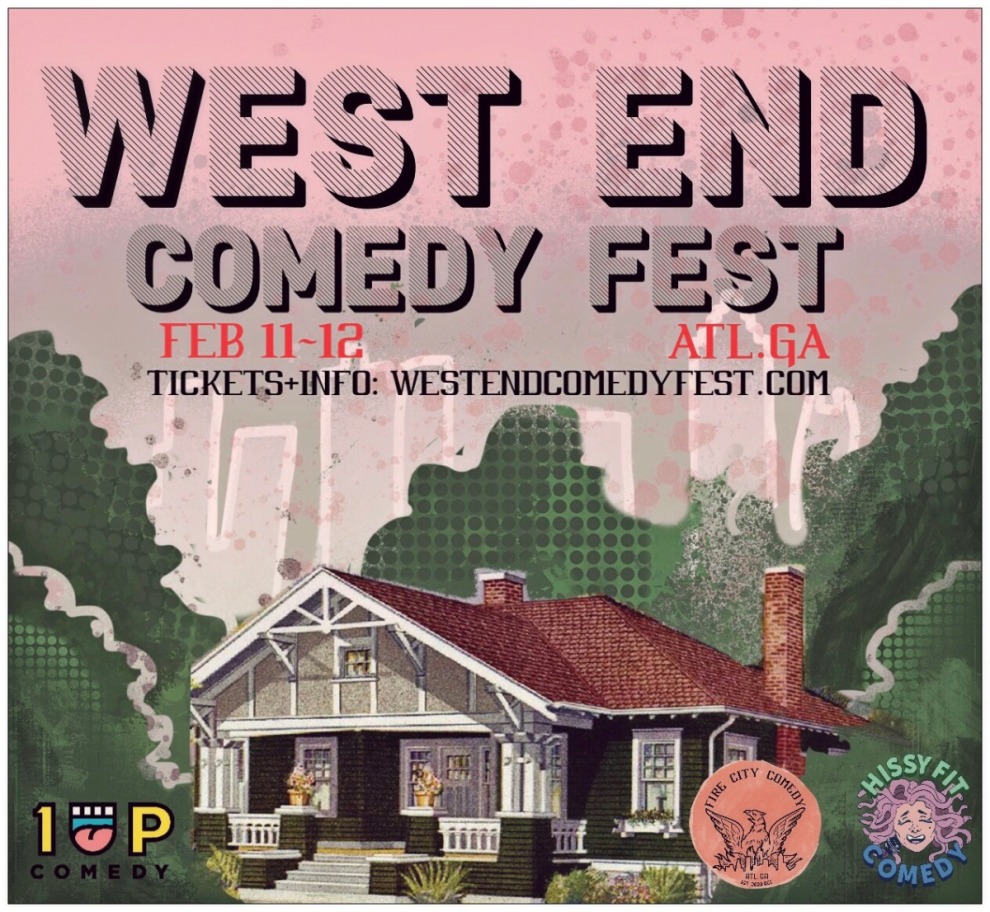 The West End Comedy Fest is Atlanta's newest comedy festival, held Feb 11th and 12th 2022 at various breweries, distilleries and bars within the dynamic Lee+White complex in Atlanta’s historic West End Neighborhood.
The fest features Atlanta's own incredibly talented local comedians as well as nationally touring comics that have received multiple Emmy nominations and have been featured and have specials on HBO, Comedy Central, Netflix, The Tonight Show and The Late Show.

Passes range from $30 to $75 and are available for singular or both days.
Don't miss out on this epically funny fest!