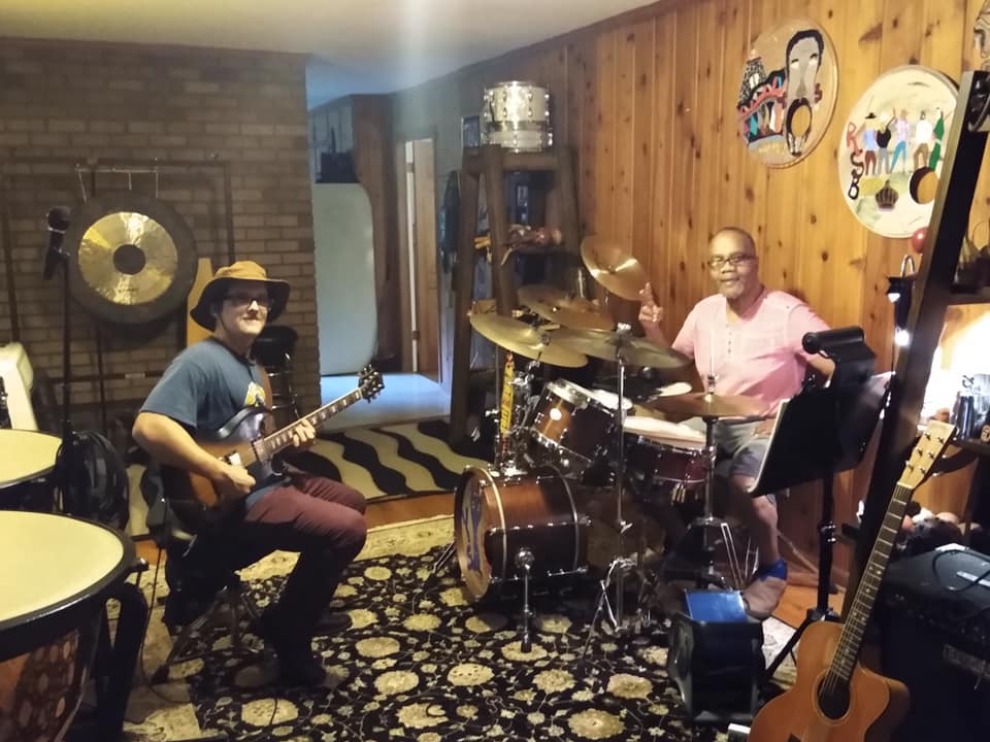 Tyler first began exploring music on guitar and drums, trying to emulate the Hendrix and Zeppelin hits he loved. He didn’t realize it until later in life, but he was also inspired by the gospel music he heard in church, more compelled by the spirit of a song than the technique. He found a mentor in drummer and composer Yonrico Scott (Derek Trucks Band, Royal Southern Brotherhood) who could see that the fire Tyler had for music needed fuel. Yonrico put words to many of the musical mysteries that had fascinated Tyler for so long, teaching him how to focus on rhythm (“the DNA of music”), and about the more conceptual aspects of songs – ways to compose, arrange and record that take a song from a set of lyrics and chords to a world unto itself. These were just a couple of the many revelations Tyler experienced under Yonrico’s wing, and he describes hearing Yonrico’s solo album Be In My World, and The Derek Trucks Band’s Roadsongs (on which Yonrico played) as “a musical rebirth.”
More information