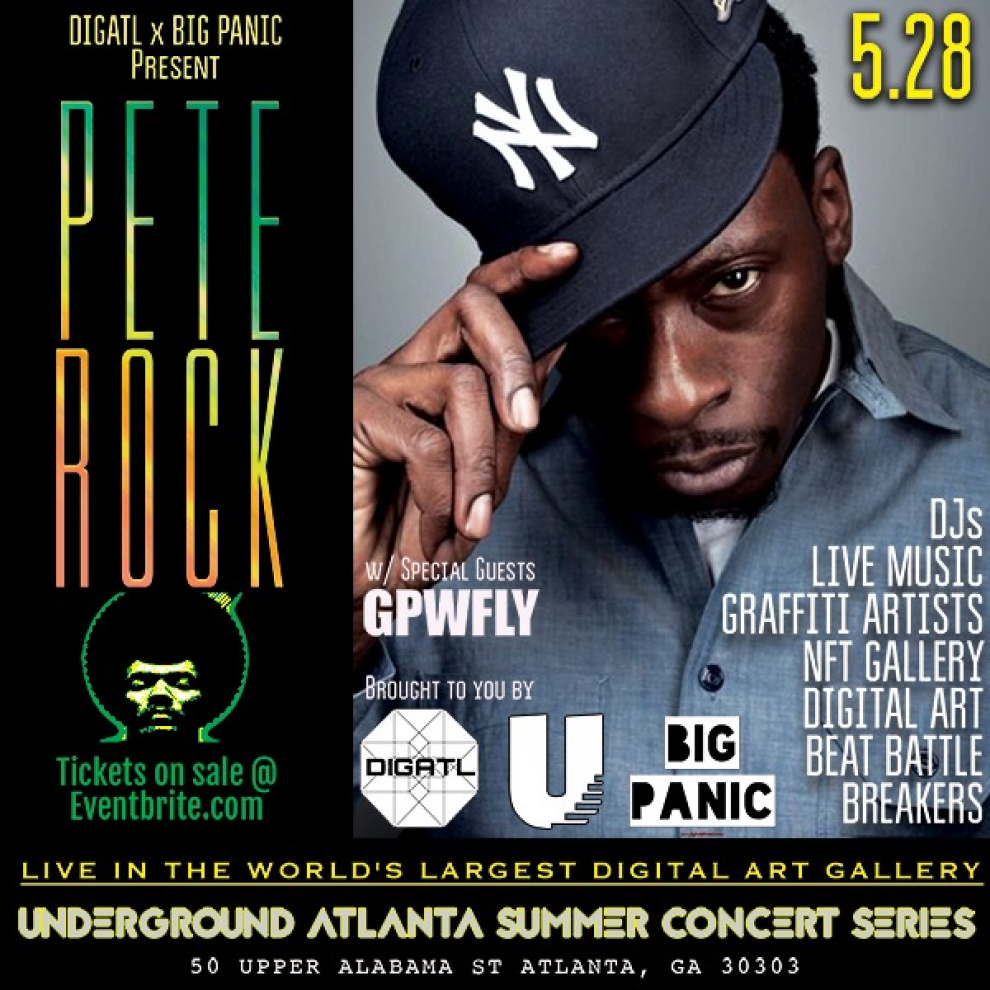 Pete Rock is widely recognized as one of the greatest hip hop producers of all time. He rose to prominence in the early 1990s as one half of the critically acclaimed group Pete Rock & CL Smooth. After the duo went their separate ways, Rock continued with a solo career that has garnered him worldwide respect.

Come check out one of hip-hop’s most influential beatmakers live at DIGATL, the world's largest digital art gallery only at UNDERGROUND ATLANTA.

Support all night from some of ATL's top and upcoming names in hip hop with special guests and surprises all night.