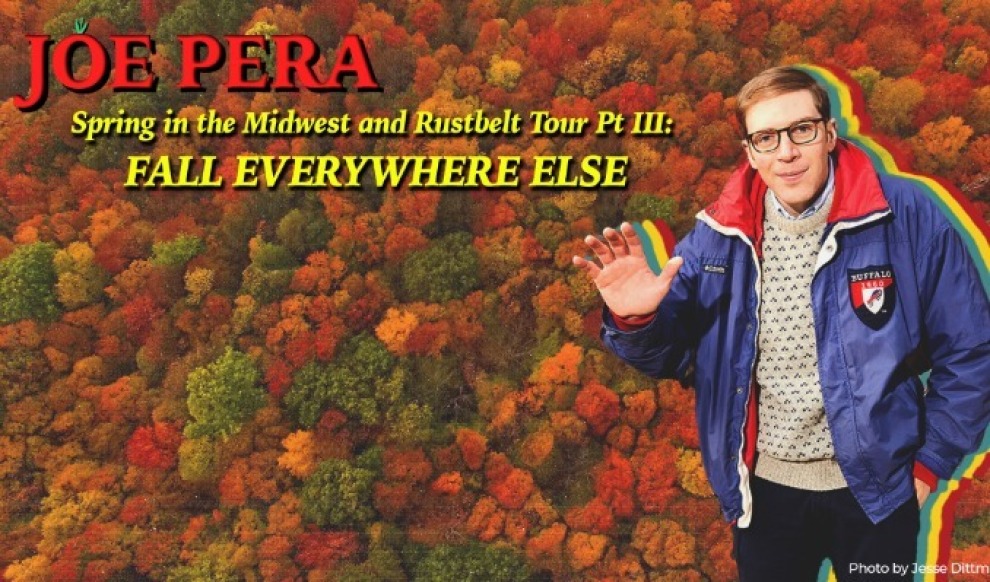 Joe Pera most recently performed his stand up on LATE NIGHT WITH SETH MEYERS and received rave reviews. His animated special JOE PERA TALKS YOU TO SLEEP, can be seen on Adult Swim, which he executive produced, wrote and voiced. He is also developing a series for IFC based off his web series with Conner O'Malley, HOW TO MAKE IT IN USA with Seth Meyers and Mike Shoemaker producing. Joe has also created, directed, and produced several pieces of digital content for Funny or Die, Super Deluxe, IFC Crib, MTV, Jash and others via his production company Chestnut Walnut Unlimited. He has also performed stand-up on Comedy Central's ADAM DEVINE'S HOUSE PARTY, in addition to performing at several festivals including Bridgetown Comedy Festival, SXSW, Riot LA, and venues such as the Arlington Drafthouse, Massachusetts Museum of Contemporary Art, and Carolines on Broadway.

Dan Licata is a NYC-based comedian who's written for shows such as Saturday Night Live, Joe PeraTalks With You, and Teenage Euthanasia. In 2019, he was named one of the New Faces of Comedy at the Just For Laughs festival in Montreal, where his set was described as "a hyper storm of unbridled manic hilarity..."