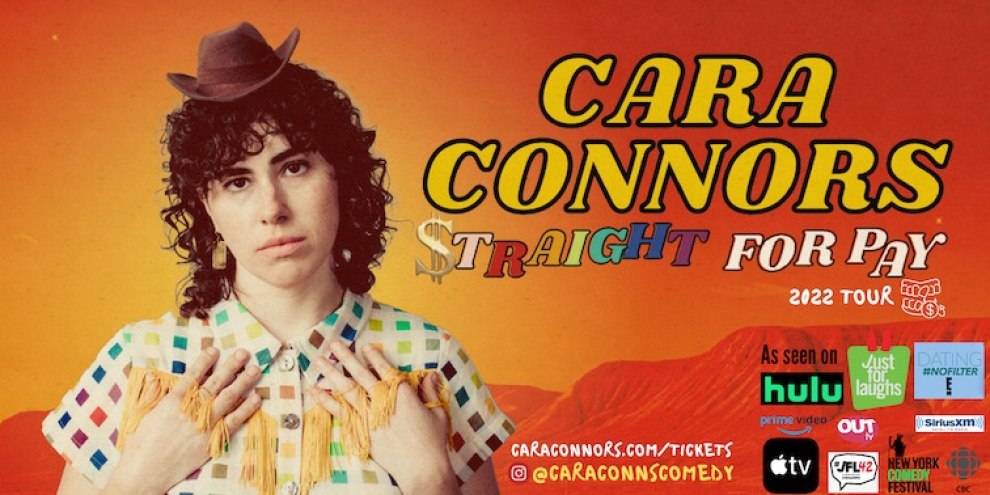 Categories: Comedy
As seen on Just For Laughs, Dating #NoFilter (Hulu), Apple TV! Cara Connors is an LA-based comedian and multifaceted homosexual with an ass that won’t quit. After a successful 15 city run of sold out and standing room only shows at some of the most highly regarded indie comedy venues in North America (The Hideout Chicago, Union Hall NYC, PianoFight San Francisco, Fallout Theater Austin, Comedy Bar Toronto, Dynasty Typewriter at the Hayworth & more!) Cara Connors is taking her hour back on the road for an expanded summer tour! Her solo show, Straight for Pay, brings her unique brand of high energy, self-effacing and unapologetically feminist and queer comedy to an additional 15 cities throughout the U.S and Europe.