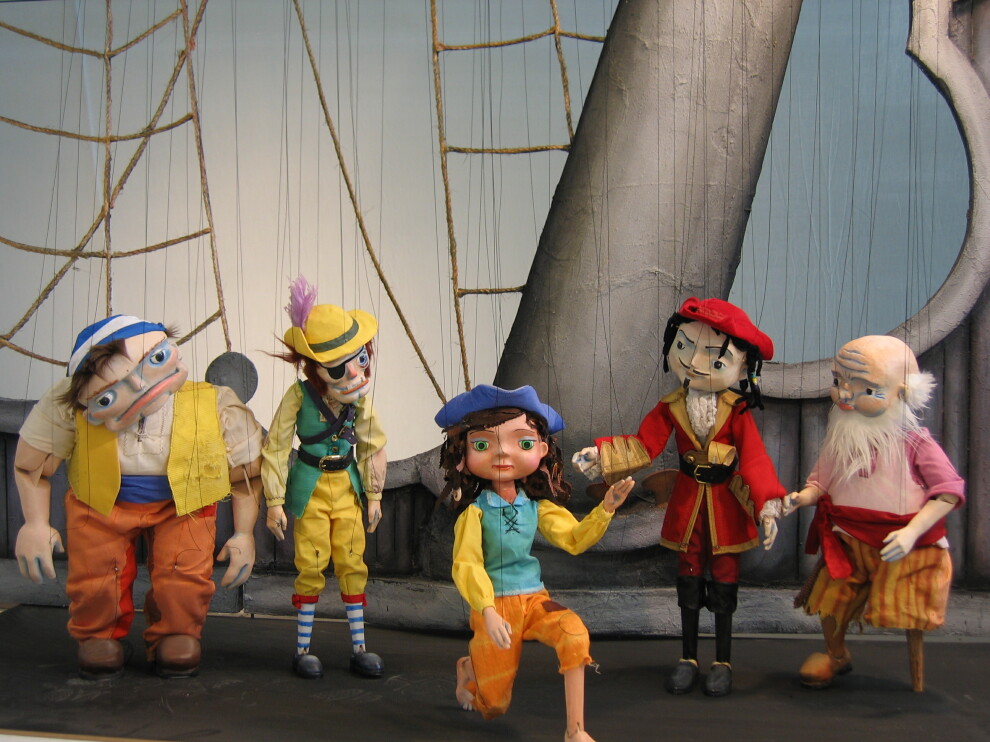 CL RECOMMENDS
CL Critic Kevin C. Madigan Recommends: Hans Christian Andersen’s “The Little Mermaid” gets a charming treatment in this adaptation by Jon Ludwig geared for children ages 4 to 12. The show makes use of up to 40 marionettes crafted with the Center’s signature skill to show characters “floating” weightlessly underwater. “The Little Pirate Mermaid” is a tall tale of a lovestruck mermaid who falls for a pirate and must bargain with the dreadful Sea Hag while fending off the wrath of her dad, the mighty Sea King. “The musical is the Center for Puppetry Arts at its best,” wrote AJC critic Pierre Ruhe. “It lasts just an hour and like all great children’s theater, it speaks on many levels. Indeed, Ludwig, the puppetry center artistic director, has created a rhyming adaptation that is nimble and clear, yet rich in allusion.” — KCM

Argh, Mateys! Flap your flippers and get ready to go on a seafaring adventure in this spectacular new adaptation of Hans Christian Andersen’s The Little Mermaid! The Sea King’s daughter saved a pirate from a terrible storm and is now deeply in love. Her only chance to win his heart is to make a deal with the evil Sea Hag. Will the Little Pirate Mermaid’s sacrifice lead to happiness with her buccaneer beau? Take the plunge and see this exciting marionette extravaganza featuring a bountiful ocean of puppets, unique characters, original music, stunning stage effects, and bubbly action!
More information