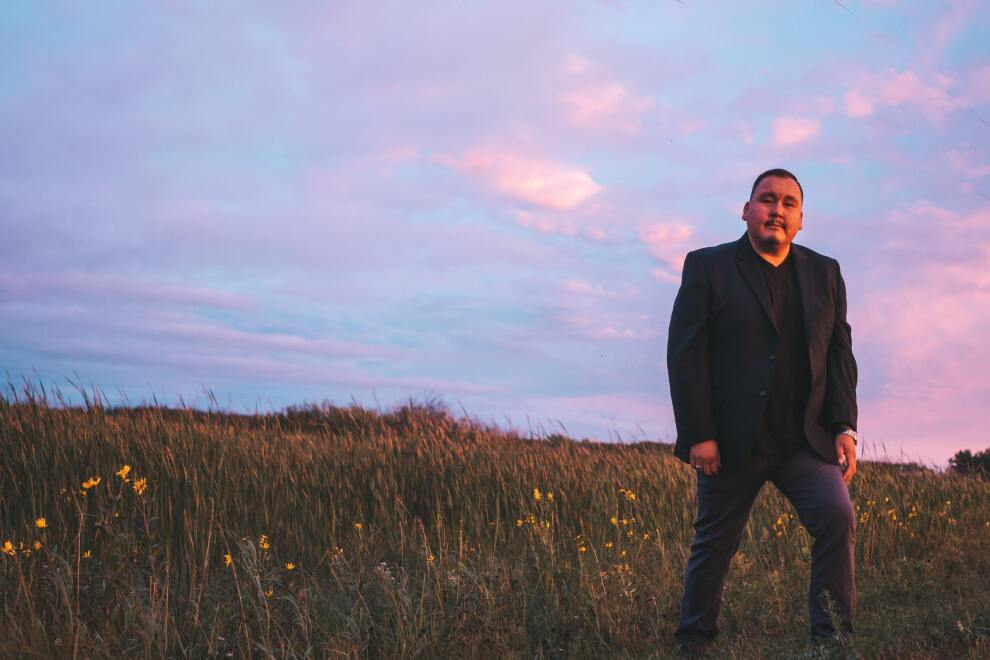 On Gospel First Nation, William Prince tells us this story through the music of his childhood, songs of faith, struggle and grace. These are songs he learned and sang with his father in that chapel named for his great grandfathers, all preachers. William’s family home, the community of Peguis First Nation, is named for Prince’s ancestor, Chief Peguis, one of the highest regarded leaders of his time. When Chief Peguis was baptized, he took the name William King; in keeping with royal protocol, as an expression of pride and with the unknown weight of the consequences of all of the decisions he made with the arrival of colonizers on the land, named his children Princes. Like names, the songs of Gospel First Nation link generations, from son to father to grandfather and back even further.

Before we even listen, the song selection on Gospel First Nation tells us much about who and where this album comes from. There are three originals, including “When Jesus Needs an Angel,” a song Prince wrote at age 14. The other new songs, including the title track, were written shortly after Prince’s sophomore album Reliever was released in early 2020. These songs emerged as a natural response to the worry and disruption of the time. “We are living through an age of grief; grieving our lives, routines and families at the hand of a pandemic. I found myself wishing to return to this place of comfort amidst all the chaos.”

“Higher Power,” was written by Bob Norman, a First Nations man from the Meadow Lake region of Saskatchewan. The song grapples with alcohol addiction and places its trust in those powers greater than us. “Higher Power” sits alongside the album’s other traditional gospel selections as part of a songbook of guidance and comfort learned from Prince’s father and community. “All His Children,” is a tune made unforgettable by Charley Pride, one of country music’s most important stars. “This One I Know,” was written by Edward Prince, William’s father, who recorded and released his own records, sold out the trunk of his car across Northern Manitoba, one with the very same photo of the Prince Memorial Chapel on the cover.