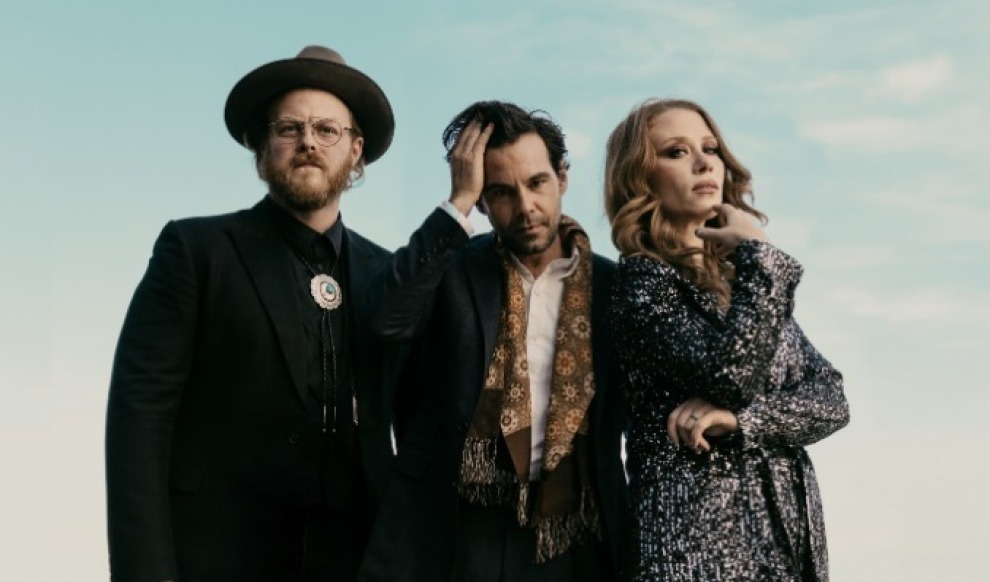 The Lone Bellow burst onto the scene with their self-titled debut in2013. The Nashville-based trioquickly became known for theirtranscendent harmonies, seriousmusicianship and raucous liveperformance - "creating what NPR calls, 'earnest and magnetic folk-pop built to shake the rafters.' In 2015,the band releasedThen Came The Morning,produced by The National's Aaron Dessner. The albumwas nominated for an Americana Music Award and took the band to numerous late night showsincludingJimmy Kimmel Live,Late Show With David LettermanandLater...with Jools Holland,among others.In 2017,The LoneBellow returned withWalk Into A Storm,produced bylegendary music producer Dave Cobb (Chris Stapleton, Brandi Carlile, SturgillSimpson). Most recently, thebandreturned to the studio with Aaron Dessner for their 2020release,Half Moon Light,an artistic triumphthe bandworked toward for years, earned not by individual posturing, but by collective determination and natural growth. With earthy three-part harmonies and songwriting as provocative as it is honest, the trio made up of Brian, lead vocalist Zach Williams, and multi-instrumentalist Kanene Donehey Pipkin creates sparks that make a stranger's life matter or bring our sense of childlike wonder roaring back. On Half Moon Light, The Lone Bellow mix light and dark to muster a complex ode to memory, a call for hope, and an exercise in empathy. Anchored in the acoustic storytelling that first so endeared the band to fans and critics, Half Moon Lightalso takes more chances, experimenting with textures and instrumental fillips to create a full-bodied music experience. The result is The Lone Bellow's most sophisticated work to date.
More information