Roger Clyne And The Peacemakers 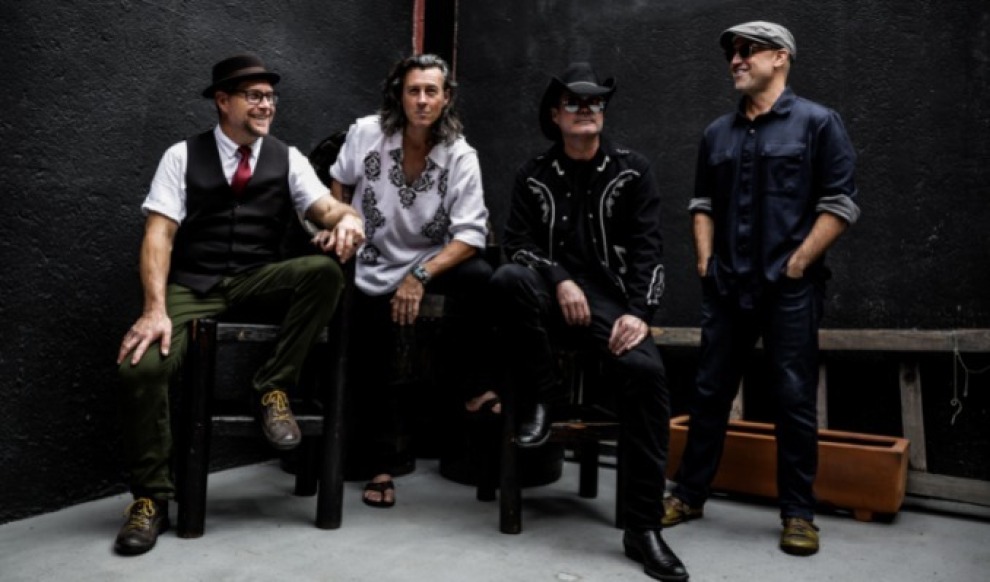 "Here's to life!" Fans around the world can be found singing the chorus of the Roger Clyne-penned fan favorite "Mekong" and toasting their glasses in unison to celebrate life through rock-n-roll. But the inspiration for the song dates back to the time Roger went to Taipei, Taiwan, as a college student to teach English during the day and busk with his guitar at night for money. Today, as Clyne prepares to record his 11th studio album, he continues to transform his life experiences, inspirations, observations and his own muses into timeless music. And whether he's wearing his Converse high tops, boots or sandals, Clyne's blend of punk rock, country-western and mariachi influences have made him, drummer PH Naffah, guitarist Jim Dalton and bassist Nick Scropos - " collectively known as Roger Clyne & The Peacemakers - " one of America's best live rock-n-roll bands. Starting with the seminal Tempe quartet, The Refreshments, Clyne and Naffah put the fun in rock during the 90s grunge era with a sense of humor. They also started what would become a trademark sound on all future albums by adding mariachi horns, something Clyne was influenced by while in college studying Cultural Anthropology with an ethnography study of mariachis during a three month immersion stay with a local family in Ensenada, Mexico. The Refreshments' debut album, "Fizzy, Fuzzy, Big & Buzzy," became a cult classic. It produced the alternative radio hit "Banditos" which also had significant airplay on MTV and earned The Freshies an appearance on The Conan O'Brien Show. Clyne then penned and performed the theme song for the Mike Judge animated TV series, King of Hill. In 2017, Here's to Life: The story of The Refreshments, was released. The feature-length documentary was a hit with fans and critics alike. Changes within their record label and internal band issues resulted in Clyne and Naffah going on a vision quest of sorts in the Whetstone Mountains near the Clyne Ranch in Southeastern Arizona. It was there that Clyne found inspiration in the rolling hills and the jukeboxes of small town taverns that still played Marty Robbins and Johnny Cash - " music he had shed from his youth in favor of bands like Camper Van Beethoven & They Might Be Giants. But after reconnecting with those old country records, Clyne and Naffah wrote and recorded under a new moniker what would become Roger Clyne & The Peacemakers' debut album, "Honky Tonk Union." The album was the perfect combination of classic rock and twang, and fans immediately connected with it. Their independent release, "Honky Tonk Union," debuted at No. 1 on Billboard's internet sales chart in 1999 prompting a call from a Billboard exec to their Manager demanding, " Who the hell is Roger Clyne and why is he #1 on my chart?!" beating out much better known artists. RCPM released eight more albums that landed in the top ten of Billboard's Internet Sales Chart, including a No. 1 debut for their third album, "Americano!" - " all without the backing of a major record label and while flying under the radar of commercial radio. In 2019, Roger Clyne & The Peacemakers were inducted into the Arizona Music and Entertainment Hall of Fame, joining the likes of fellow Arizona legends Alice Cooper, Buck Owens, Glen Campbell, Stevie Nicks, Linda Ronstadt and Waylon Jennings. Later that fall, RCPM was invited by a man who, like Roger, also knows a little something about tequila and throwing big parties in Mexico. The band headlined Sammy Hagar's Cabo Wabo Cantina on the eve of Hagar's weekend birthday celebration. Roger Clyne & The Peacemakers have curated their own annual music festival, Circus Mexicus, in the sleepy beach town of Puerto Penasco, Mexico, which draws thousands of fans from around the world. The festival not only has a major impact on the local economy, but charity events hosted by the band and fans alike help raise money for a local orphanage, support local youth sports and help feed shelter animals. Clyne not only sings about life in the border-lands, he also produces his own ultra-premium spirit, Mexican Moonshine Tequila (soon to be re-named Cancion Tequila). Owned by the entire band, it was the official tequila at the Arizona Diamondbacks Chase stadium in 2016, 2017 and 2018. Started in 2011, the award-winning spirit is distributed in multiple states as well as Sonora, Mexico. Roger Clyne & The Peacemakers have toured all over the US and achieved a faithful following through hard work and great music. They have done this all while being independent, without the safety net of a label or a label's radio promotion department. Dubbed "The Springsteen of the Southwest," by the Asbury Park Press. The band delivers exciting live performances that garner declarations like the one from emcee Jay Peterman of the Seinfeld TV show at Alice Cooper's annual Christmas Pudding event, "Young man, you light that stage a-flame!"
More information