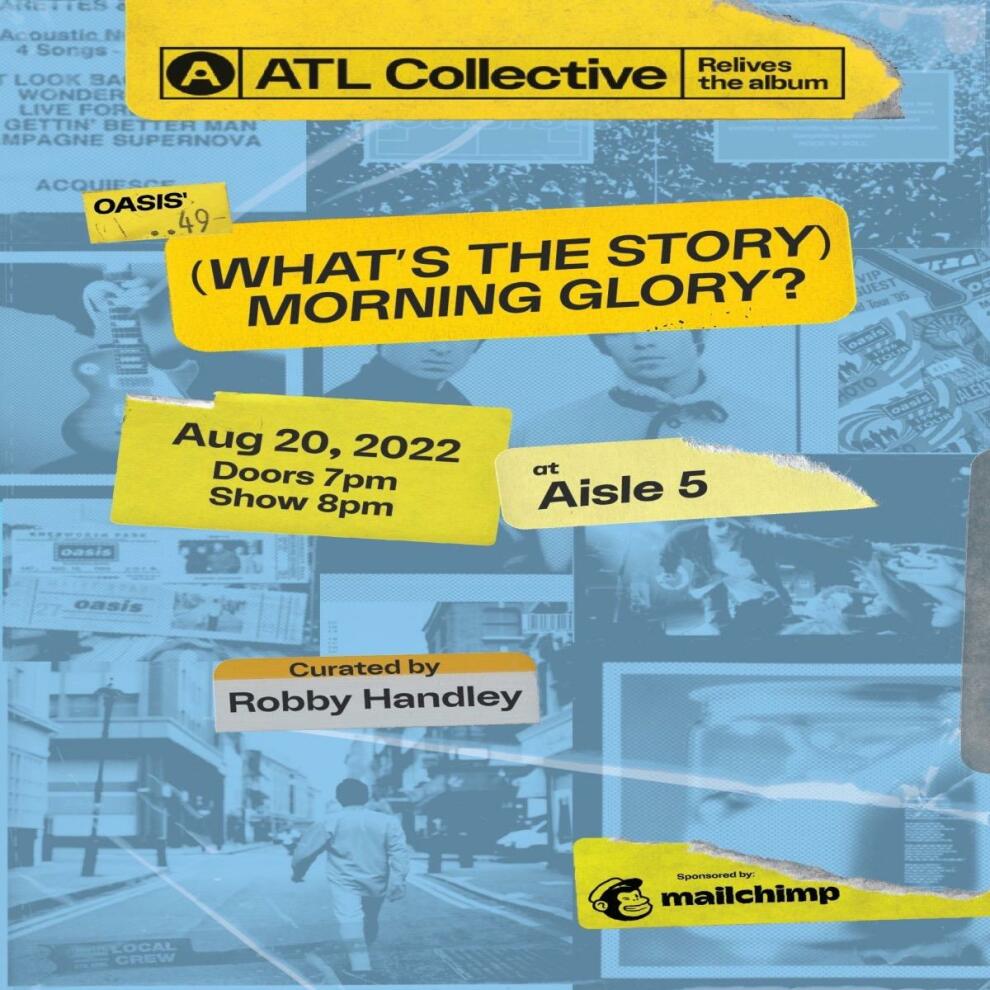 TL Collective travels back to the 90’s Brit-pop era to relive Oasis’ “(What’s the Story) Morning Glory” in all of its pre-streaming, epic glory. This 95 release reached number 4 on the Billboard charts and sold 3.5 million copies stateside. But, beyond widespread popularity, the album carries a whopping sound and sentiment that brought Manchester into the mainstream.


The album will be performed in its entirety by Atlanta’s own local talent. Come discover your new favorite Atlanta artists, while singing your old favorite songs.


ATL Collective is a 501c3 non-profit organization, and proceeds fund our mission of growing the stage for Atlanta’s musical community.