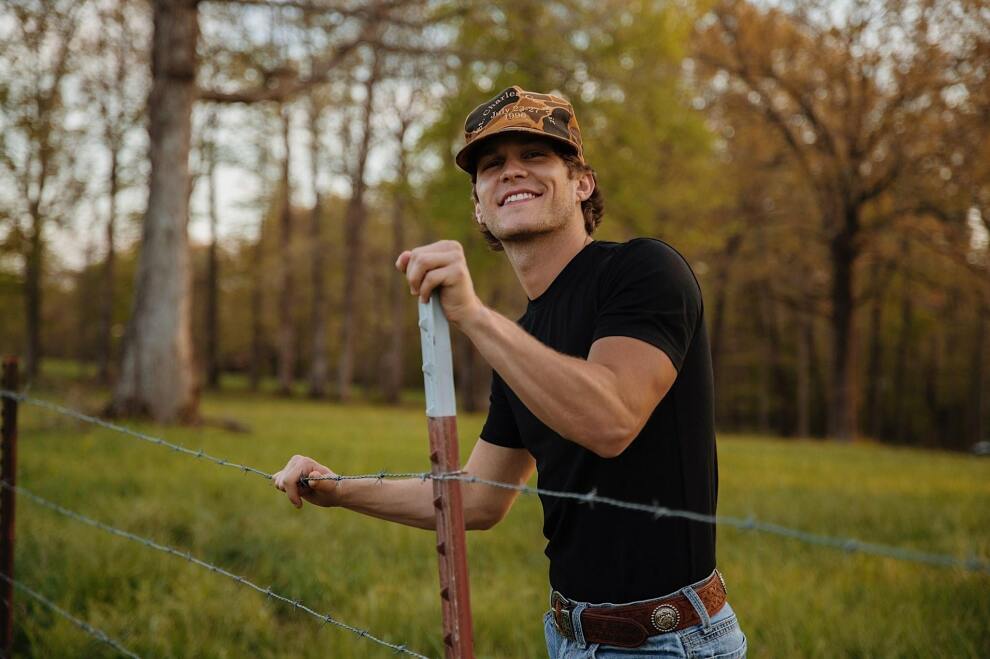 With a vocal warmth that emulates the feel of his Carrollton, Ga. upbringing, country newcomer Noah Hicks tells his story through song in a way that's strangely familiar and universally relatable. Using home as his inspirational 'true north,' the ingenuity and maturity behind his sound and lyricism has provided Hicks a gateway into a community of some of Nashville's top songwriters and producers, and has seen the young artist warmly welcomed by peers. "I wanna show the world it ain't just trucks and tractors - my music has a lot of depth, a lot of warmth. I really try to put myself back in past scenarios when I write so I can make listeners feel like they're in that moment, too." That depth is highlighted in his recent single "No More Of 'Em," produced by Jeremy Stover and co-written by Hicks with Stover, Rhett Akins, and Will Bundy. Hicks showcases his vulnerable lyricism once again in current single "Miss You Back," detailing life since losing love - and trying to summon an old flame back. "I'm one of them 'good song' boys. If I can write an incredible song that listeners immediately connect with, I've done my job." Raised in a musically inclined family (predominantly on his father's side), Hicks was naturally drawn to the art form. A singer from birth, he and his best friend got their first guitars in third grade. "There was a bit of friendly competition with those guitars - who could learn to play quicker. It was great motivation to practice and learn." But the moment that truly set Hicks on his current trajectory happened in high school at an Irish pub in his hometown. "I'd been introduced to local favorite Reed Morrison, who called me up one night at his show to sing. It was in that moment I knew music was my calling." Hicks spent the next several years honing his craft, while watching, listening to, and supporting fellow artists from his area, including up-and-coming stars Dylan Marlowe and Riley Green. "I always made it a thing to go to shows - even if I wasn't playing, I'd drive two or three hours just to go see shows and support the artist. I couldn't get enough, and I figured I had a lot to learn - what better way than to watch and experience other artists' live shows?" He continued to play throughout Georgia and Alabama, releasing his first single - a Marlowe-penned "Raised on the Radio" - in 2018. "I threw a big single release party for it at this venue called The Amp in Carrollton - and the song jumped by 2,500 streams in the first hour. I saw it as a bit of a sign. I started traveling back and forth to Nashville." In January 2020, Hicks made his final trip to Nashville, officially moving to Music City and taking up residence on the couch of Marlowe, Tyler Chambers, and Chad Bishop. "They took me under their wings - Dylan and Tyler especially - and introduced me to everyone they could." In March, he released his sophomore single "Drinking Alone," and soon began receiving inquiries from publishing companies in town - including Stover-owned RED Creative. "I took the meeting on the encouragement of Dylan, and the minute I walked through the doors of RED, it felt right. I talked to Jeremy and Taylor, and for once it didn't feel like I was going to be steered in the wrong direction. I knew immediately I was in good hands." With a hit songwriter and producer now at the helm of Hicks' career, he found himself in writing rooms with other esteemed writers like Rhett Akins, Brandon Kinney, Cole Taylor, Jordan Walker, and Justin Weaver, further leaning into his sound as a writer and artist and, true to form, making a few friends in the process. "If we don't write a good song, I feel like we come out good friends - I'm obviously chasing a good song, but if I can come out of a first write with a new friend, it's a success in my book." That hard work-meets-people first mentality leads Hicks to where he stands now: a promising up-and-comer with a series of market-friendly singles due out in 2021 - starting with "No More Of 'Em," which released on May 14 followed by "Miss You Back" which dropped May 28. What's more - he takes his musical prowess and packages it in an unparalleled, high-energy live show journey that seals the deal for potential fans every time he takes the stage. "I never thought being a singer was even possible - I intended to do what everyone else did. I've worked farms, built fences, tended cows, tinted windows... Becoming an artist was always just a dream. Now I'm blessed to call it my job."
More information