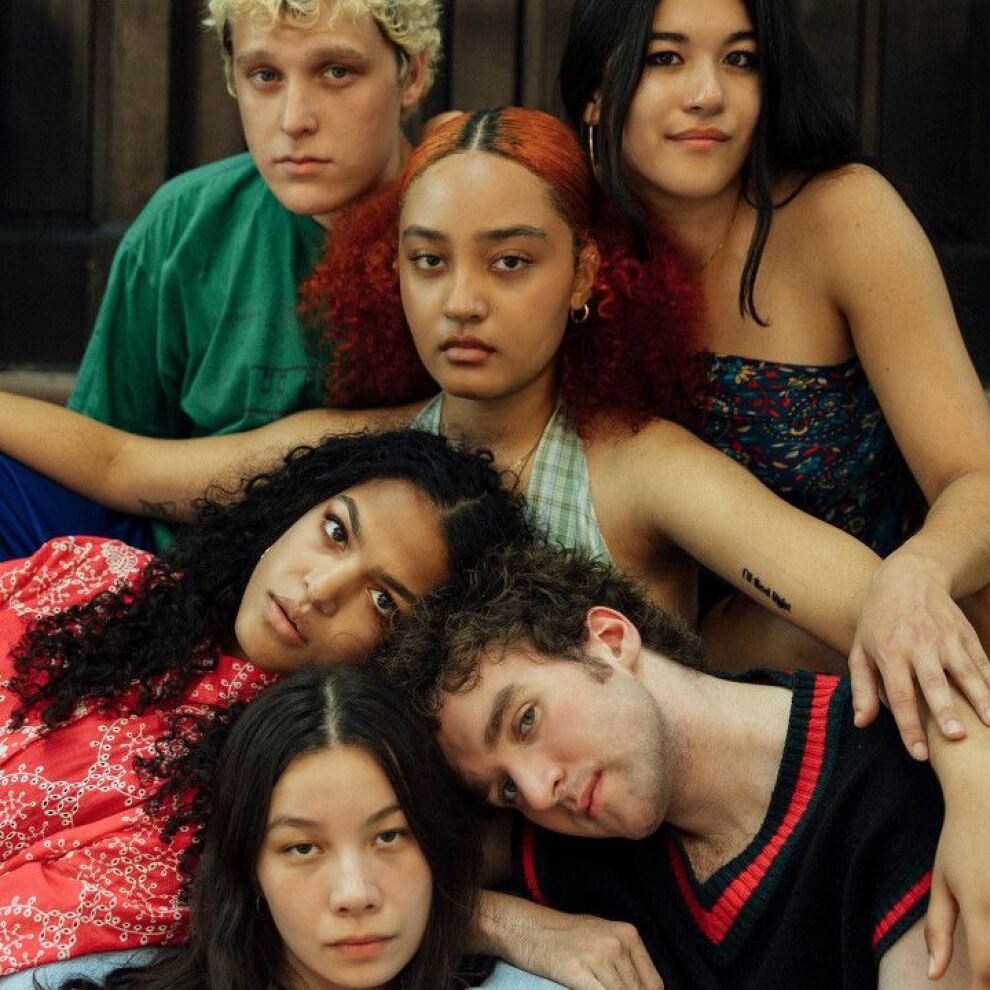 Through sharing the sacred space of meals and the secret space of dreams, MICHELLE presents a picture of a band enthralled by their craft, a group capable of melding six unique perspectives and backgrounds into one cohesive, impressive collection. Coming in January 2022, AFTER DINNER WE TALK DREAMS is the culmination of what it means for six friends and collaborators to continuously reimagine their world on 14 succinct tracks.

Born-and-bred New Yorkers, MICHELLE formed in 2018 around their celebrated debut album HEATWAVE. The band is comprised of Sofia D'Angelo, Julian Kaufman, Charlie Kilgore, Layla Ku, Emma Lee and Jamee Lockard. On their forthcoming record, the predominantly POC and queer collective are closer than ever before as they continue to mix and match the writing and production groups amongst the six of them. Jamee notes, "We've learned how to maximize everyone's strengths by listening to each other."

The hallmarks of MICHELLE's music — layered vocal harmonies, analog synthesizers, vibrant percussion, smoldering hooks — dominate the sonic landscape of the album. Songs hop across genres, from funky R&B to bedroom slow jams to amped-up beat-heavy anthems and more. And the songwriting on AFTER DINNER has been elevated as there is a depth and prowess at work that builds off the band's early songs, something they admit was learned by reflecting and allowing for artistic growth.

Charlie notes, "If HEATWAVE was a perfect image of every member of MICHELLE as a person at the end of their youth, this album really feels like a transition to adulthood, going from kids to...non-kids."

AFTER DINNER sets a high standard from the get-go. "SYNCOPATE" is a straight-up, feel-good summertime jam with a two-step backbeat and jangly guitar strums, and clocking in at just under two minutes, it's perhaps the tightest package the group has made to date. The band shares, "The song at its core is about desire. Communicating your desire can feel vulnerable, so we wanted to have some fun with that and show our funky and seductive side."

"POSE" pulses along at a highly danceable clip while synths steer the beat. Chilled melodies and dense harmonies run the emotional 6/8 slow-jam "MESS U MADE" while the vocalists trade lead lines and bemoan the frustrated, coming-of-age, "today is not your day" anthem. "EXPIRATION DATE" dwells in that classic bittersweet space of a relationship doomed by external forces at work, while the incendiary "LAYLA IN THE ROCKET" blasts off to burn up the speaker.

Charlie notes, "Being with each other allows us to do a lot of things we wouldn't have the energy-ability-resources-courage-wherewithal to do solo. There isn't really one kind of music that sounds like MICHELLE, and us being such a diverse group gives us total creative freedom to do whatever we want."

Layla adds, "The beauty is that everybody's individual aspirations are the group's aspirations, in a sense, because MICHELLE is the culmination of the best of us as individuals."

AFTER DINNER WE TALK DREAMS is a snapshot of a band always adapting and evolving, jutting in and out of each other's lives with this moment being their closest together yet.