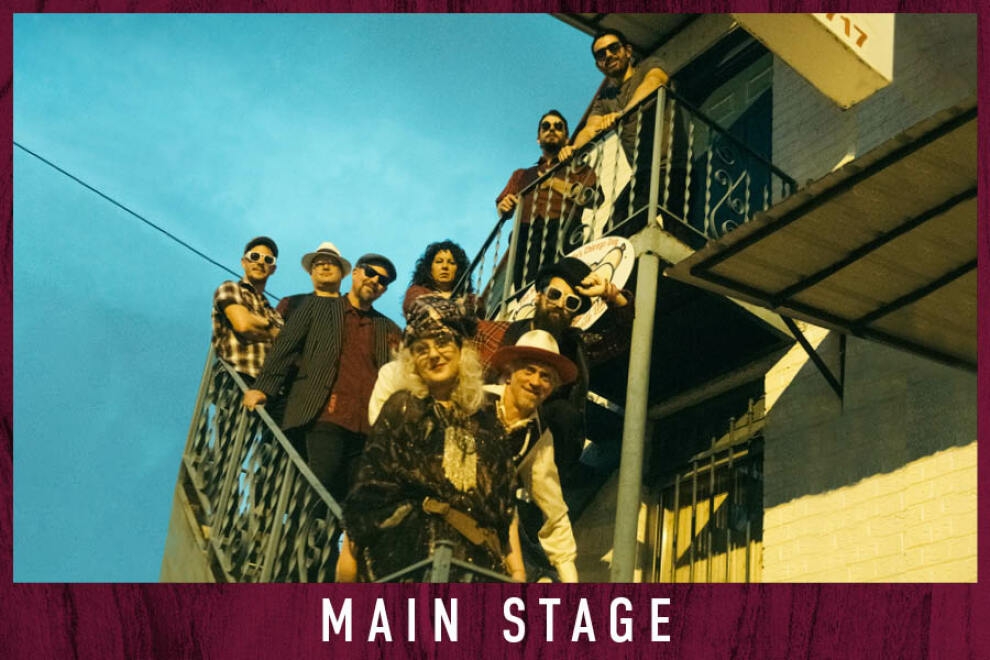 ABOUT THE SHOW
The Squirrel Nut Zippers began their musical journey in Chapel Hill, North Carolina, in the mid 1990's, as a musician's escape from the cookie cutter world of modern rock radio at the time. Jimbo Mathus along with wife Katherine Whalen and drummer Chris Phillips formed the band as a casual musical foray playing for friends and family around town. It wasn't long before the band (which had grown in size) developed a reputation for pioneering a quirky mix of jazz chords, folk music, and punk rock leanings and attracted a national audience.

Outside of the rollicking concerts which were rapidly growing in attendance, NPR was the first significant national media to take notice of the band followed by an appearance on Late Night With Conan O'Brien. With grunge, and alternative rock in full swing back in 1995, the Squirrel Nut Zippers debut album The Inevitable sounded like nothing happening musically at the time. After the bands sophomore release Hot became a surprise commercial success, the group went on to sell more than 3 million albums between 1995 and 2003.

Some highlights of this era include performing on Dick Clarks New years Eve broadcast; playing Carnegie Hall with Tony Bennet; appearing as musical guest on Sesame Street; performing on late night television including Letterman, Leno, Conan; having a custom animated video made by The Simpsons; performing at Bill Clintons Inaugural Presidential Ball; multiple sold out tours, and even getting the keys to the city of Cambridge, MA where the bands namesake candy hails from.