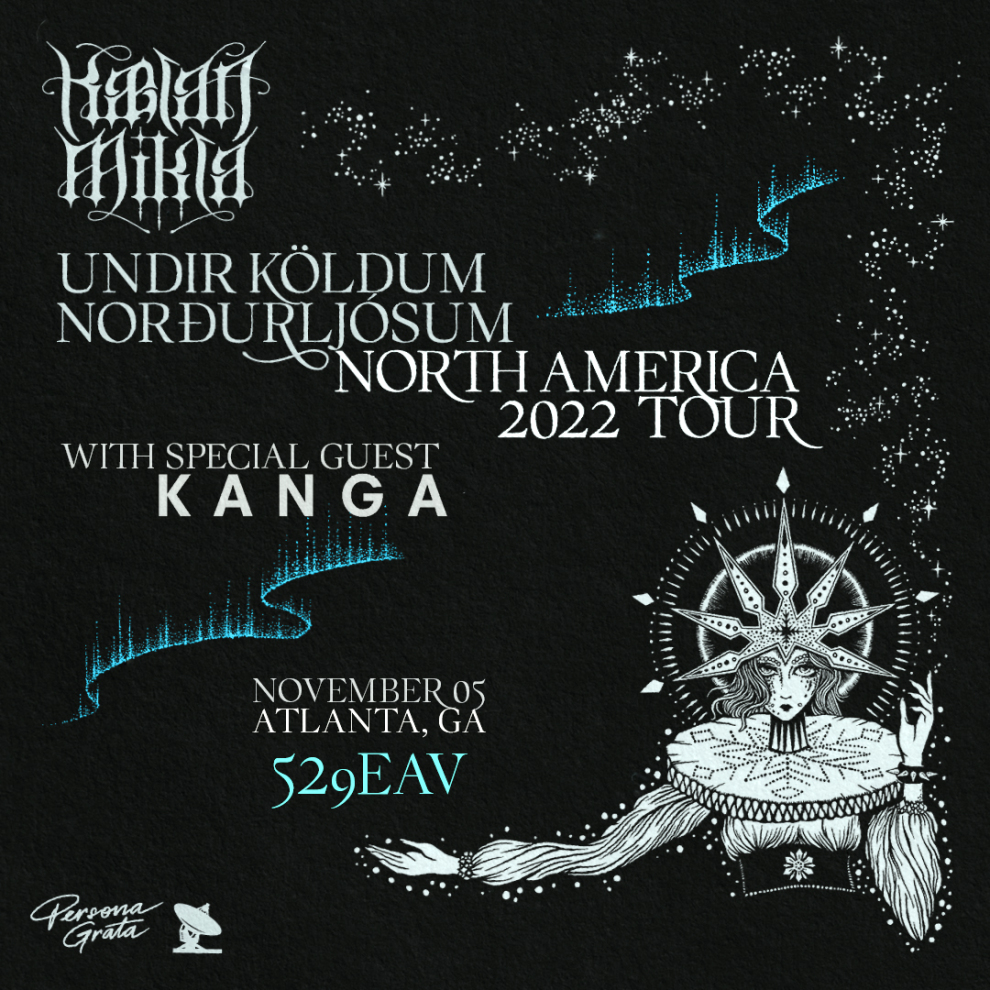 Icelandic synth-punk trio KÃ¦lan Mikla formed in Reykjavik in 2013, initially as part of a poetry competition which the Reykjavik Library hosted. The band, comprised of singer Laufey SoffÃ­a ÃžÃ³rsdÃ³ttir, bass player MargrÃ©t RÃ³sa DÃ³ru-HarrysdÃ³ttir and SÃ³lveig Matthildur KristjÃ¡nsdÃ³ttir, initially on drums but later synthesizer, won the competition, and were encouraged to continue making music. By 2014, KÃ¦lan Mikla was playing shows around Reykjavik and was asked to perform on the official roster of Iceland Airwaves.
The trio has released three albums, all with Toronto-based Artoffact Records, the most recent of which, NÃ³tt eftir nÃ³tt, made #14 on Revolver Magazineâ€™s best albums of 2018 list. KÃ¦lan Mikla has toured Europe several times, notably with King Dude, Drab Majesty, and as headliners in their own right. The band was hand-picked by Robert Smith of The Cure as support on several festivals in the UK and in the US.
In 2018, the band won the prestigious Kraumur Award in Iceland for best album of the year, and in 2019 The Reykjavik Grapevine awarded them Best Live Band at the Grapevine Awards.
In 2020, KÃ¦lan Mikla is booked on an extensive Europe-wide tour supporting Alcest and will release a new record in 2021.
â€œSweeping eerie soundscapes, irresistible post-punk hooks and dance beats couple with angelic voices and blood-curdling shrieks.â€
-KELSEY CHAPSTICK, Revolver