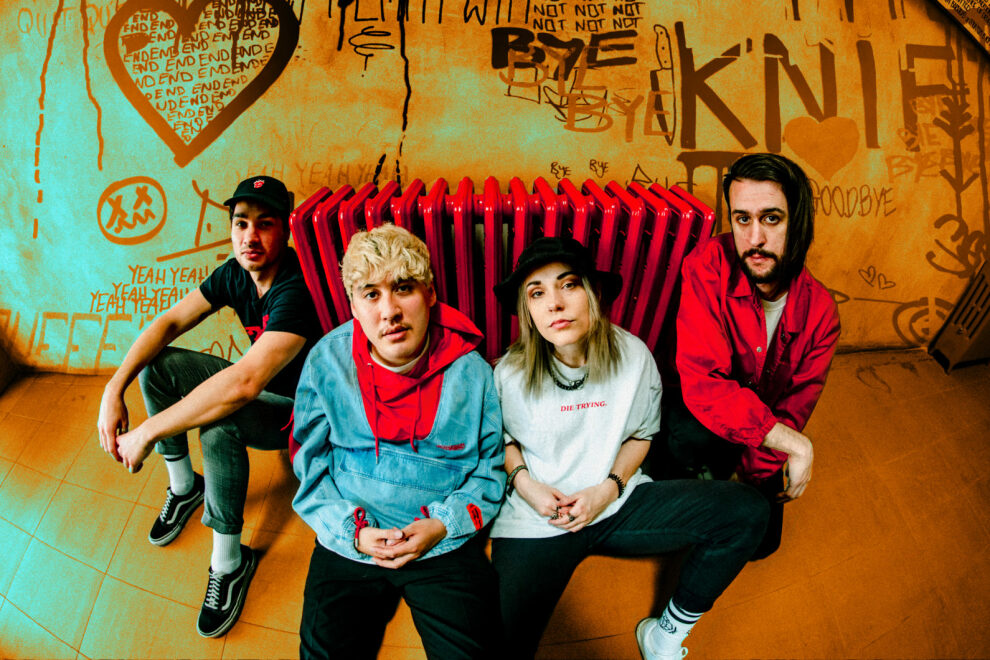 Bio
Stand Atlantic has no intention of slowing down. Ever since the Australian four-piece released their breakthrough EP Sidewinder in 2017, the band was dubbed one of the “Hottest Rock Artists” in the world by Kerrang!, and they set their sights on proving it. Less than a year later, in 2018, Stand Atlantic signed to US-based Hopeless Records and released their critically-acclaimed debut album, Skinny Dipping, landing on many Top 10 lists, and receiving coveted accolades like triple J’s “Feature Album” and Most Played, as well as BBC Radio 1’s “Album Of The Weekend.” The band embarked on a monumental touring run that saw them gain international recognition and sold out headline shows across the USA, UK, Europe, and Australia.
In 2020, Stand Atlantic released their sophomore album, Pink Elephant, which launched the band to new heights. The album charted on the Billboard Top 100 and UK Top 200 Albums for the first time. The band were on the front cover of UK’s Rock Sound Magazine and were awarded ‘Best Breakthrough Artist’ at the Rock Sound Awards. The band also saw their lead single, “Blurry” crowned #1 Most Played on triple J Australian radio, reaching #143 on their year-end Hottest 100 and 200 countdown. This set the stage for Stand Atlantic’s debut on triple J’s flagship event/show “Like A Version.”
Having amassed over 100 million streams since inception, cultivated a dedicated following, and having multiple upcoming sold-out shows on the horizon, the band is set-up to make 2022 their biggest yet… and they’re still not even thinking about slowing down.