Dante's Down the Hatch

[PERMANENTLY CLOSED]
Call: 404-266-1600 or visit www.dantesdownthehatch.com
Dante's Down the Hatch is one of those places that rightfully should be fiction. A fondue restaurant with a madhouse-meets-Disney theme and décor, an elusive and eccentric pipe-smoking owner, Dante's has been a destination for 41 years. The story goes that owner Dante Stephensen, traveling around Europe and the Mediterranean while in the Navy, collected quirky ideas about food and culture that would become the inspiration for Dante's. And what of the fondue? There are certain aspects of fondue that don't change much. You scoop up the mixture of Emmental, Gruyère and "other Swiss cheeses" with small hunks of spongy, slightly dry white and brown breads. The main event — the fondue dinners — are immensely amusing, totally sharable and only sort-of good. You don't come to a place like Dante's for a culinary experience any more than you go to WrestleMania to watch a sporting competition. 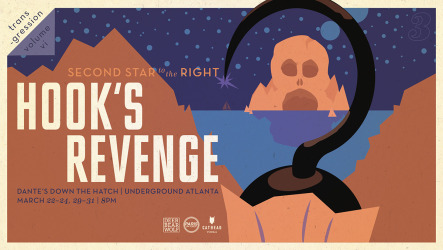 Dante's Down the Hatch Cost: $25,
Second Star to the Right: Hook's Revenge is the epic conclusion of Transgression's three episode adaptation of J.M. Barrie's classic Peter Pan. Performances will be held at the former Dante's Down the Hatch in Underground Atlanta. Kidnapped by Hook's Pirates at the end of Episode Two: The Neverlan... [click here for more]
USER SUBMITTED
3380 Peachtree Road
Atlanta, GA 30326

Best Restaurant to Bring the Kids