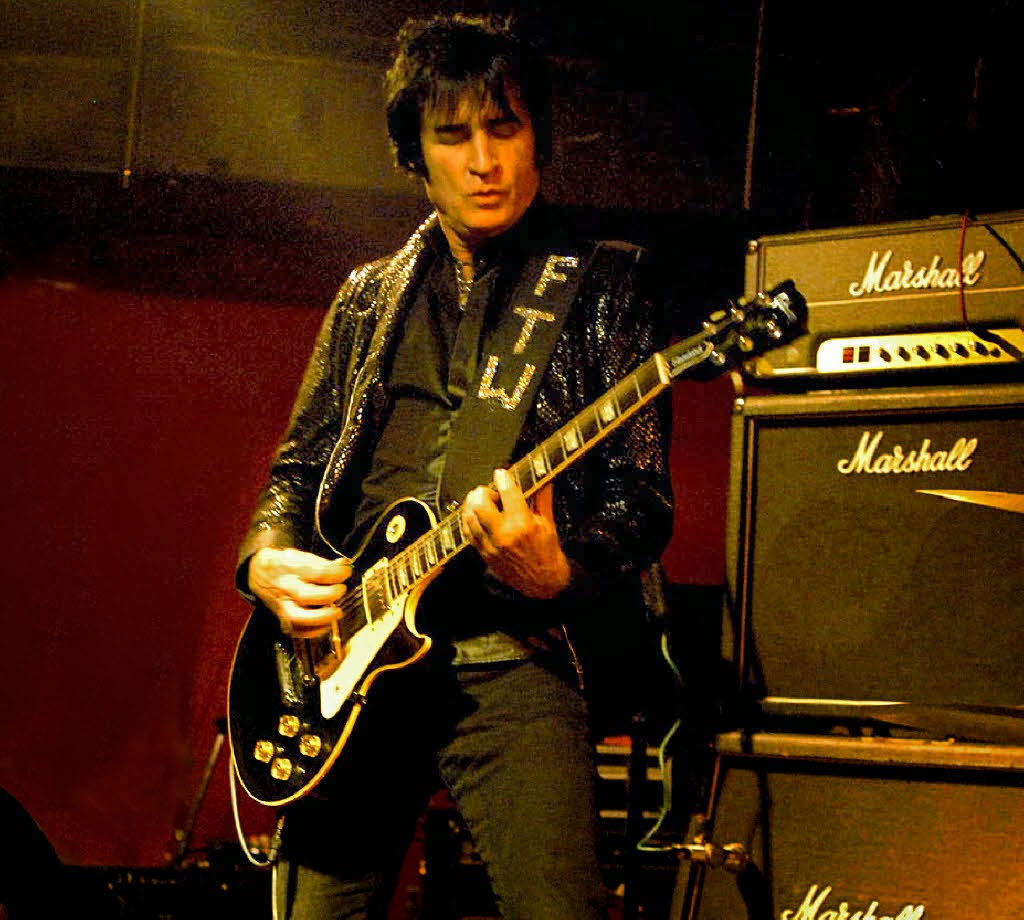 New York punk legend Sonny Vincent needs a helping hand after a Jan. 2 gas explosion and fire at a Barnardsville, NC apartment complex left his son, daughter-in-law, and grandson severely injured. Vincent’s lack of touring since relocating from Europe to care for his family full-time adds to the mounting financial burden.


Vincent’s longtime friend Warren Bailey has spearheaded a benefit this Sat., June 18 at the Earl in response to this tragic accident. “Sonny is here strictly to be a good dad,” Bailey says. “He put everything else on hold to do that. It’s the least that we can do to help him out.”

Bailey (guitar, vocals) and the rest of Beat Beat Beat are reuniting for one night only. It makes sense the mid-aughts punks would be a focal point of a Sonny Vincent fundraiser. After all, guitarist and singer Josh Martin (Shocked Minds) was a member of Vincent’s band the Bad Reactions in 2012. Vincent’s lone 7-inch with Bad Reactions was issued that same year by Oops Baby Records, the label Bailey runs with his wife, Rebecca.

Gentleman Jesse and His Men are also making a rare appearance. Bailey is performing with Gentleman Jesse for the first time in several years, filling in on bass for Nashville restaurateur Joseph Plunkett.

Rounding out the lineup are fellow rock ‘n’ roll lifers DINOS Boys. “I learned of the Testors in ’05, probably through Josh or Warren of Beat Beat Beat,” says singer and guitarist Chase Tail. “I was really excited to still be learning of bad ass earlier punk and wondered why I was in the dark on the band for so long. DINOS Boys have been lucky to share the stage with Sonny Vincent a few times in Atlanta and Brooklyn. A lot of my good buds have backed him on a couple of his tours. He is one of the real pioneers of punk, and we’re proud to call him our friend. His Atlanta family has his back always, even more so in this extreme time of need.”

All proceeds from the show benefit Vincent’s family, with ticket pre-sale fees waived for the event. Raffle tickets will be on sale at the merch booth, with prizes including gift certificates from local bars and restaurants, tattoos by Gary Yoxen and Chris Flores, jewelry from Fossil and Hide, and records from Oops Baby and Chunklet.