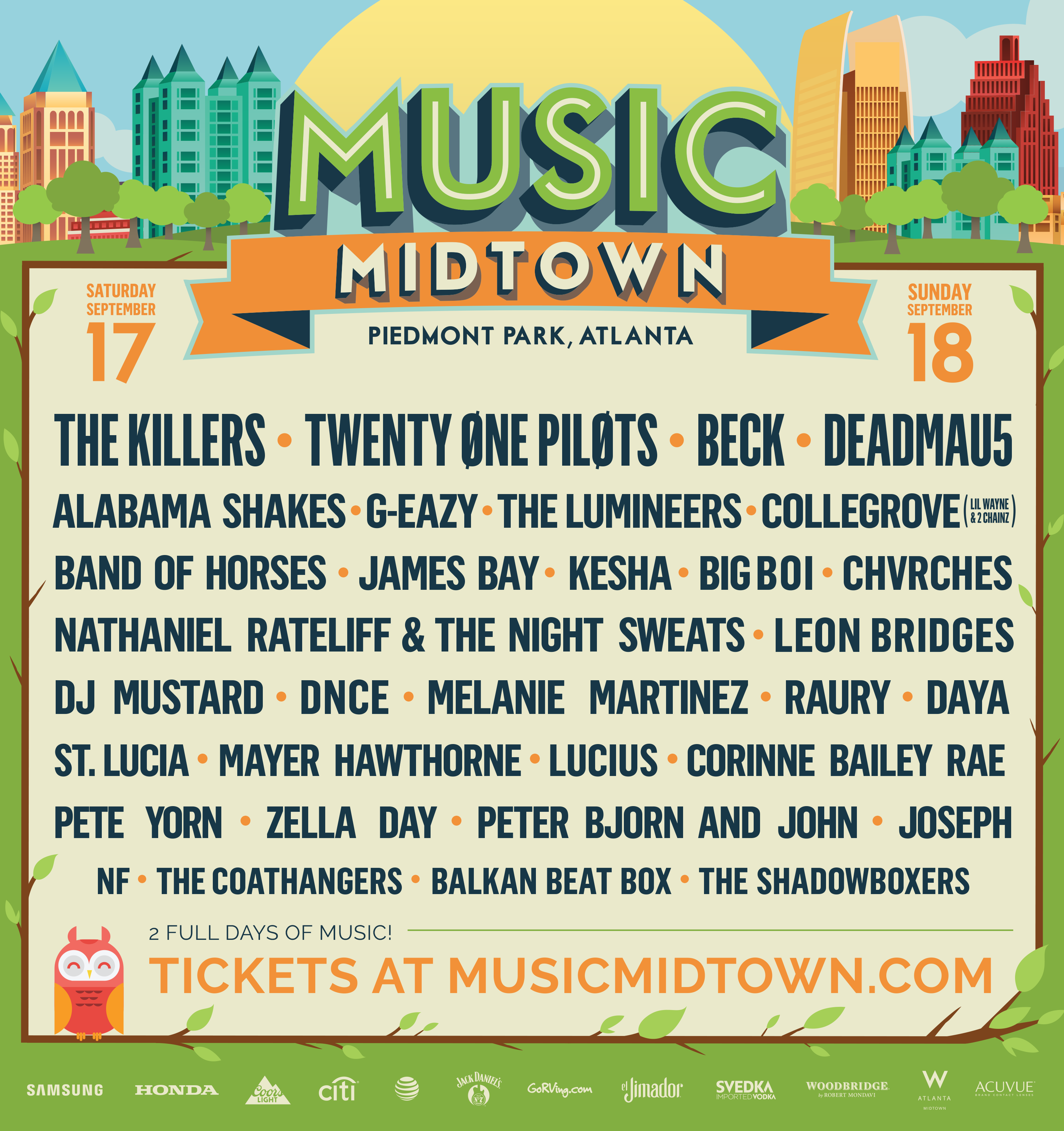 Another powerhouse selection of rock, pop, electronic, and rap is set for the weekend of September 17-18 in Piedmont Park. As with previous years, attendees of Music Midtown can go all-or-nothing: two day passes are $125, with VIP tickets ranging from $600 to median rent on the Beltline.

A brief history of Music Midtown for millennials: the first festival took place in May 1994, got too big for its britches, and took a hiatus in 2006 due to increasing expenses. In 2011, it returned in full force with acts such as Coldplay, the Black Keys circa Brothers, and native Atlantan indie emo-rockers Manchester Orchestra.

Since then, Music Midtown has returned each year as one of the most anticipated, affordable, and flood-inducing festivals in the country. Instead of the awkward half-day at the end of the work week, the festival will expand to two full days on Saturday and Sunday to ensure fans can get the most out of their experience .

2016 features a little something for everyone.

The Killers, Beck, and Alabama Shakes willy carry the rock torch, supplemented by The Coat hangers, Lucius, and DNCE. Leon Bridges and Corinne Bailey Rae will bring soul to the stage, and Ke$ha will bring the party pop. Other highlights include synth-y CHVRCHES, soulful R&B Nathaniel Rateliff & The Night Sweats, ColleGrove (combined Lil Wayne and 2 Chainz supergroup), and Big Boi.