'Burn to Shine 6' captures a day in the life of Mastodon, Coathangers, Black Lips, Deerhunter, and more 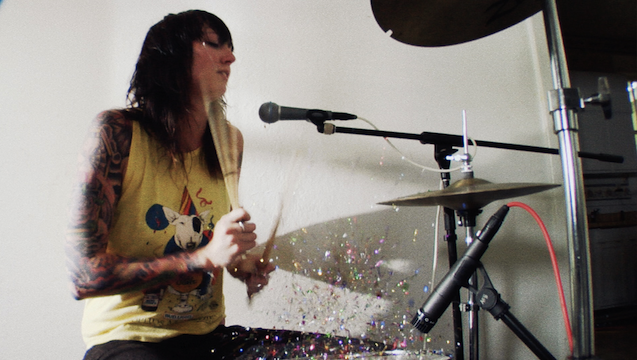 The premise behind producer Brendan Canty (Fugazi) and director Christoph Green’s Burn to Shine film series is simple: A member of a city’s musical community rounds up a cast of their favorite local acts to play one song in a house that’s slated to be razed. In cities such as Chicago, Ill. Seattle, Wash., Portland, Ore, and more, Canty and Green’s series offers a snapshot of a day in the life of each city’s ever-changing music scene. Each installment of Burn to Shine is rife with themes of a music scenes fluidity and regeneration, but there’s also plenty of room for the viewer to connect the dots and apply their own narrative.


When Canty and Green tapped Lee Tesche (Algiers, Lyonnais) to curate an Atlanta lineup to film on July 29, 2007, they captured a canary in a coalmine. Like an offering to the gods of development and gentrification, the blank, single family dwelling at 54 Moreland Ave. was demolished, but only after hosting one last hurrah. From the early morning hours to the end of an exceptionally humid Sunday, a marathon of Atlanta-based acts including Shannon Wright, the Selmanaires, the Liverhearts, Deerhunter, Carbonas, Black Lips, the Mighty Hannibal, Delia Gartrell, the Coathangers, All Night Drug Prowling Wolves, Mastodon, and Snowden stamped a moment in time. And now, nearly a decade later, that moment returns to life when the Earl hosts the April 9 premiere of Burn to Shine 6: Atlanta.

View more photos from the day of filming. 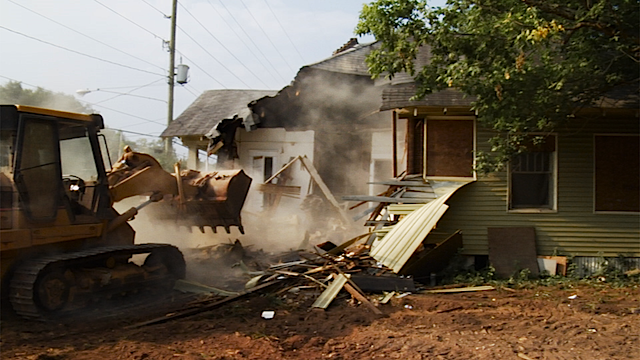 BURN TO SHINE 6: The house at 54 Moreland Ave. comes down.
Photo credit: Photo courtesy Trixie Films
After the Atlanta premiere, Canty, Green, and Algiers will embark on a short tour hosting screening in Washington, DC at the Black Cat on April 12, and New York City and Le Poisson Rouge on April 13.