After 40 years, Los Lobos lives on

Saxophonist Steve Berlin of storied Chicano rock group Los Lobos reflects on the band's last 40 years and into its future. 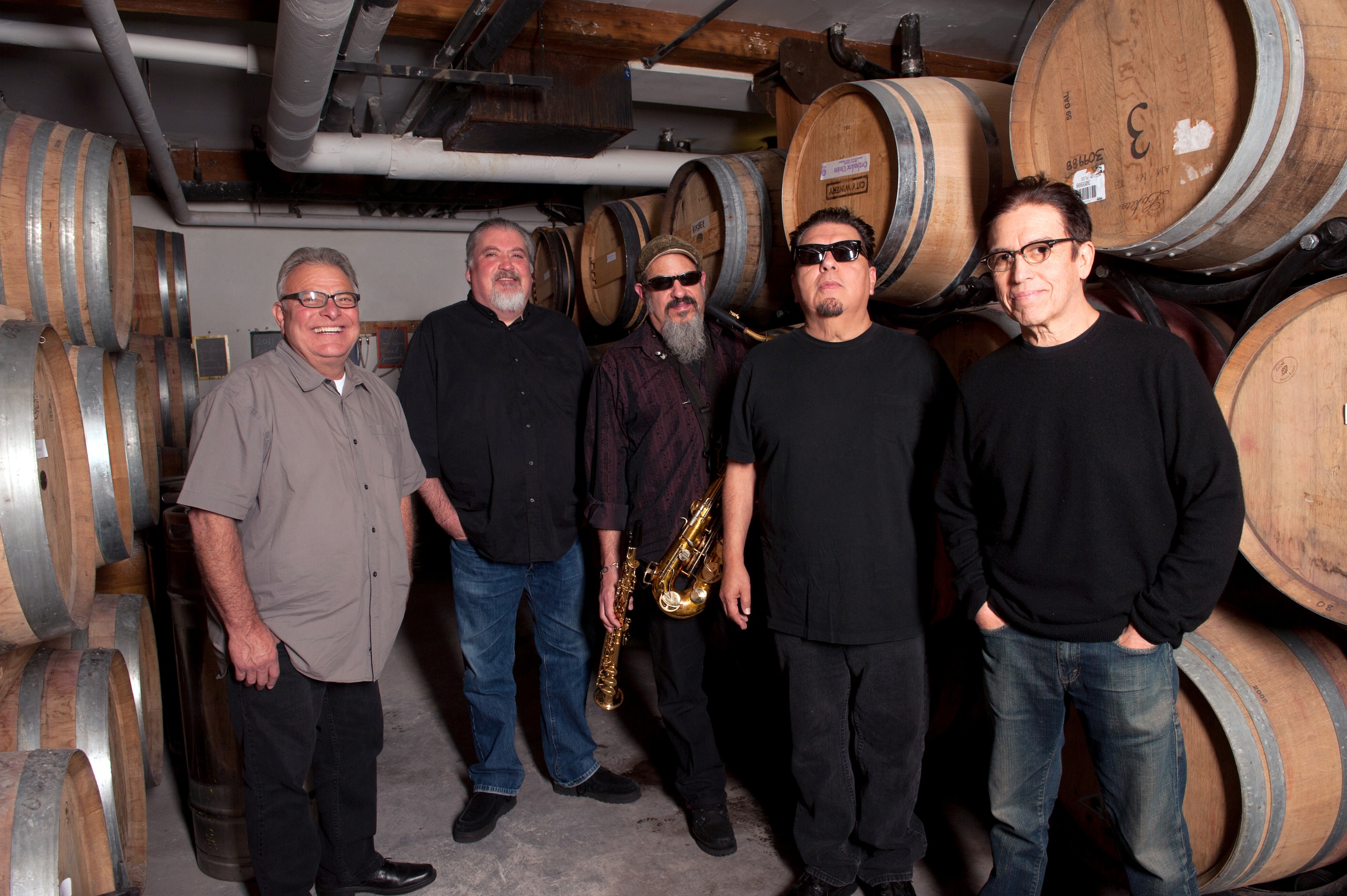 Photo credit: Courtesy of Los Lobos
?
? While recording the group's 1984 major label debut How Will the Wolf Survive, Los Lobos (translated as "the Wolves") were at a point of crisis. The Mexican-American, East L.A. rockers were incorporating the norteño music of their childhood into their musical foundation when many Hollywood rockers were steeped in the excess of glam metal. Not only did Los Lobos endure its uncertain future, but the group pioneered the fusion of dusted blues, classic rock, and traditional Latin genres into a cohesive sound that has now endured for over 40 years and 20 albums. The band's official anniversary was in 2013, when Los Lobos decided to commemorate the occasion with the live album Disconnected in New York City. Los Lobos' saxophonist and occasional producer Steve Berlin took a few minutes to talk about how it feels to be 40, looking back on older records, and the benefits of spontaneous songwriting.?

How does it feel looking back on the title of How Will the Wolf Survive knowing that the Wolf survived over 40 years??

Yeah, go figure. I think it was a pretty substantial debut. I think it holds up pretty well. There were lots of silly ass records being made in that era. And ours was a little less silly then some. So I’m pretty happy with it. It blows my mind that after 40 years we’re still here. It’s kind of hard to get your head around that. It doesn't seem feasible let alone real, but here we are. And we’re still going with the same guys and same everything pretty much.?

Why did you commemorate 40 years with a live album instead of new music??

If we had just made another record — I mean how do you make one that captures 40 years? It’s hard enough to make a record, let alone one that says something like that. At that moment we weren't anywhere near ready to make a studio album. In the live album, we tried to incorporate the same stuff we always do but also integrate stuff we hadn't played, and stuff people had been requesting for years. A lot of those songs were things we played once in the studio and never again. We tried to make it about the anniversary as much as we could.?

How do you curate set lists from such a prolific back catalog??

There are some songs we kind of go to at this point. Some songs just show up every night. It’s like anything else, some will come back in favor and some will disappear for a while. At this point in our careers it’s almost happenstance. There are some songs that we never figured out how to play live or they didn't translate well in a live setting. We don’t really write the set list down. It doesn't take long to figure out if it’s a sit down and listen crowd or people who just want to dance. We try to go where the audience wants to go.????

Do you have new material in the works??

We’re in the talking about it stage. We’re looking at going into the studio in January. If history’s any precedent then all of the recording will happen the night before we go in the studio. That’s pretty much par for the course. We stopped rehearsing many, many years ago. We rehearsed for the tour now because the acoustic stuff requires precision. Our 1990 albumThe Neighborhoodwas the last time we rehearsed for a record and it was terrible. I said we weren't going do that ever again and so far we haven’t.?

Do you ever go into the studio with a specific vision or does it form naturally??

We try to lay groundwork before but it never really works. We didn't lay groundwork for The Town and the City and that turned into a bit of a concept record. That one took on a shape as we were writing it. It had this dark brooding thing we couldn't get away from and we said "Screw it, let’s just go there." Lyrically and thematically it just turned into this spontaneous story. It’s interesting when the songs tell you where you want to go.?

Looking back on your catalog, are there any albums that are difficult to listen to??

By the Light of the Moon was a tough one for me because it was a difficult time personally and it was just a weird record. That record and The Neighborhood just sort of were the exact wrong way to do a Los Lobos record. They don’t get better when you spend a year making them. We get better when things happen quickly or relatively quickly. When we start over-thinking it we tend to overcook it and the songs lose their reason for being.?

Did you draw any inspiration reflecting back on Kiko during its 20th anniversary in 2012??

Not really because the way that record came together informed the next two records Music for Papa's Dream and Colossal Head. The conceptual thing worked for that record and led our music to become highly impressionistic. That’s a really graphic example of not over-thinking. There were a lot of first takes and a lot of not knowing our way around the material the first time playing it. Every day we would try to find the weirdest pedal or the weirdest guitar or the weirdest amp and stick it on the record.?

What goals does Los Lobos have for its future??

At this point I think we’re so blessed and lucky to maintain a career, it’s presumptuous to go anywhere else. I think we've marked our territory, but certainly I always look forward to what the next record is going to be. That’s always exciting. Considering where we are and the longevity we've had, it’s harder to honestly say we have this horizon, or this goal we’re trying to reach. We always try to expand our audience, and hopefully the next record will be one that achieves that. We’ve settled into a very comfortable place where we tour as little or as much as we need to. We have friends all over the world that are happy when we come and play. I’m really happy that we are still able to do it. We hope that fans still come around, and that’s all we can really hope for.?