Elements of jazz, funk, and world music came together in a prolonged chain of what Scott calls musical terrorism."" 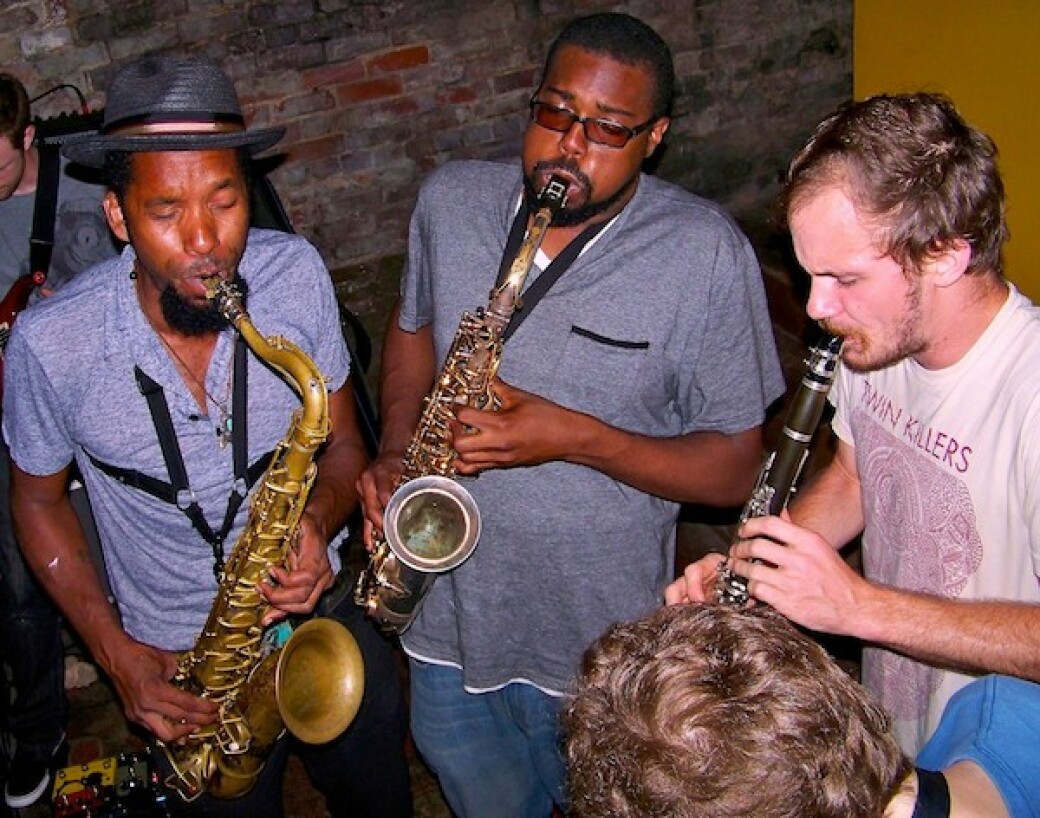 Kevin Scott hosted his regular Tuesday jam at Elliott Street Deli & Pub last night (July 2). Elements of jazz, funk, and world music came together in a prolonged chain of controlled chaos, or as Scott calls it, "musical terrorism." There was a lot going on, as horn players scattered throughout the room. Every sound, rhythm, and wail was built on instinct, and although the players careened wildly, the music remained cohesive throughout the night. At one point the band even burst into a spontaneous and totally twisted take on Queen's "We Are the Champions."

MVP award for the night goes to drummer Ben Williams. 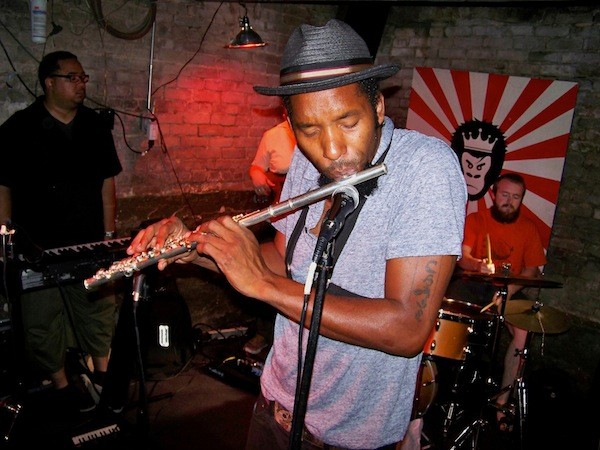 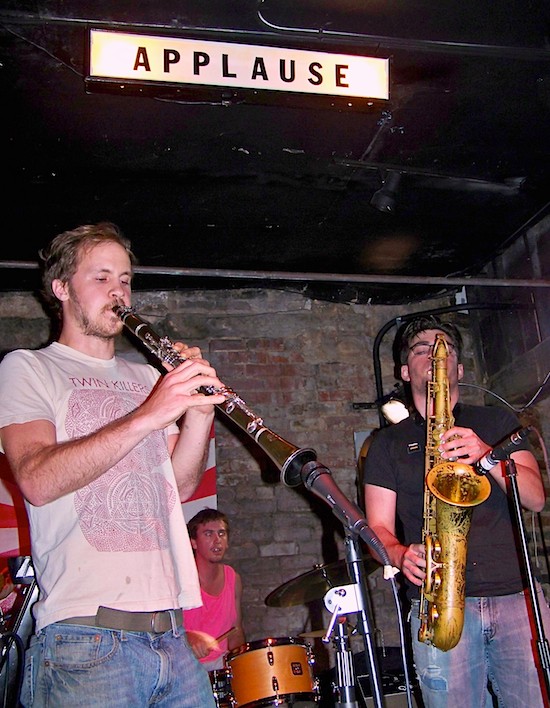 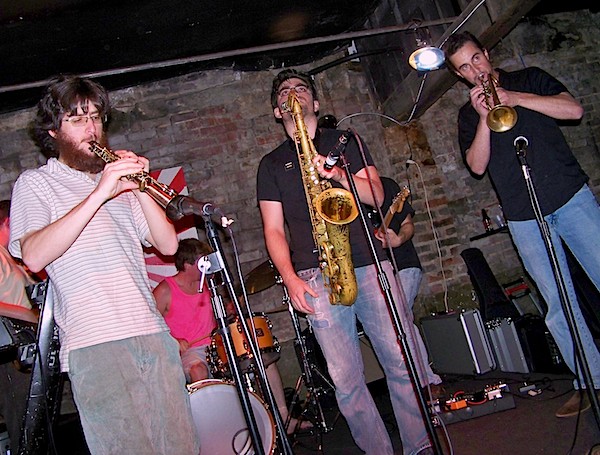 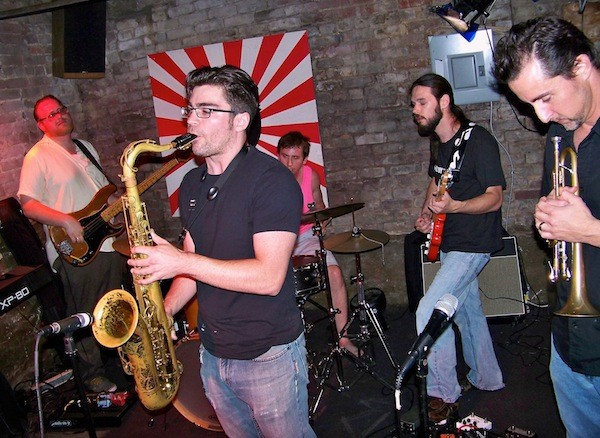 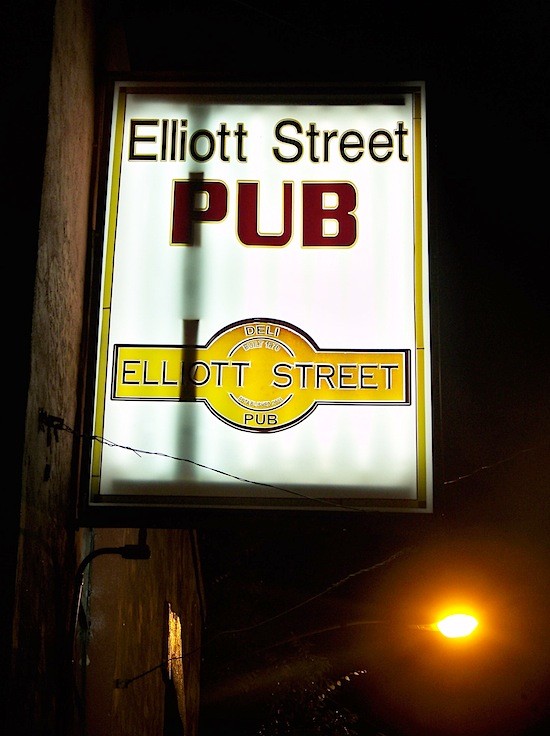