Nuttin but them 'Lacs

All the players, all the hustlers 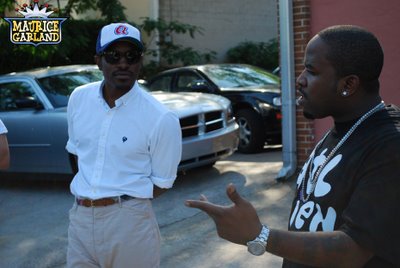 As for the reason behind the reunion-of-sorts, Garland is keeping it under wraps for now. But it shall be revealed in time. Meanwhile, here's what he had to say about how the meeting might affect DF's musical future:

No, I don't think a lick of music got recorded on this day. What I do know is that they had a closed-door meeting where issues were resolved and plans for the future were discussed.

I spoke with Big Boi a couple days ago and said that over the next two years we will be getting a barrage of Dungeon Family music. His solo album (expect some big news on that soon), Dre3000 solo album, a Goodie Mob album and another Outkast album are all included in that. Backbone is working right now and Witchdoctor is still dropping projects so please go out and support those.

At the end of the day, there is music recorded and ready to go from everybody for the most part, they're all just trying to find homes (labels) for it to be put out on.