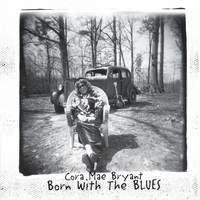 Funeral services are being held today for Atlanta blues icon Cora Mae Bryant who died on Thursday, October 30th. Bryant, who pssed away from natural causes, was the daughter of Georgia guitar legend Curley Weaver. She was born in Newton County, Georgia on may 1rst, 1926 and her home in Oxford, GA is thought of as a blues museum.

Her sound was largely influenced from her childhood expereinces of staying up late at night with her father and singing along during the impromptu performances and house parties he would play with his co-horts Blind Willie McTell, Buddy Moss and the likes.

She recorded two CDs for the Music Maker label, titled Born with the Blues and Born in Newton County, and will be featured in the forthcoming film, Blues Stories.