At 25, Subsonics get it right 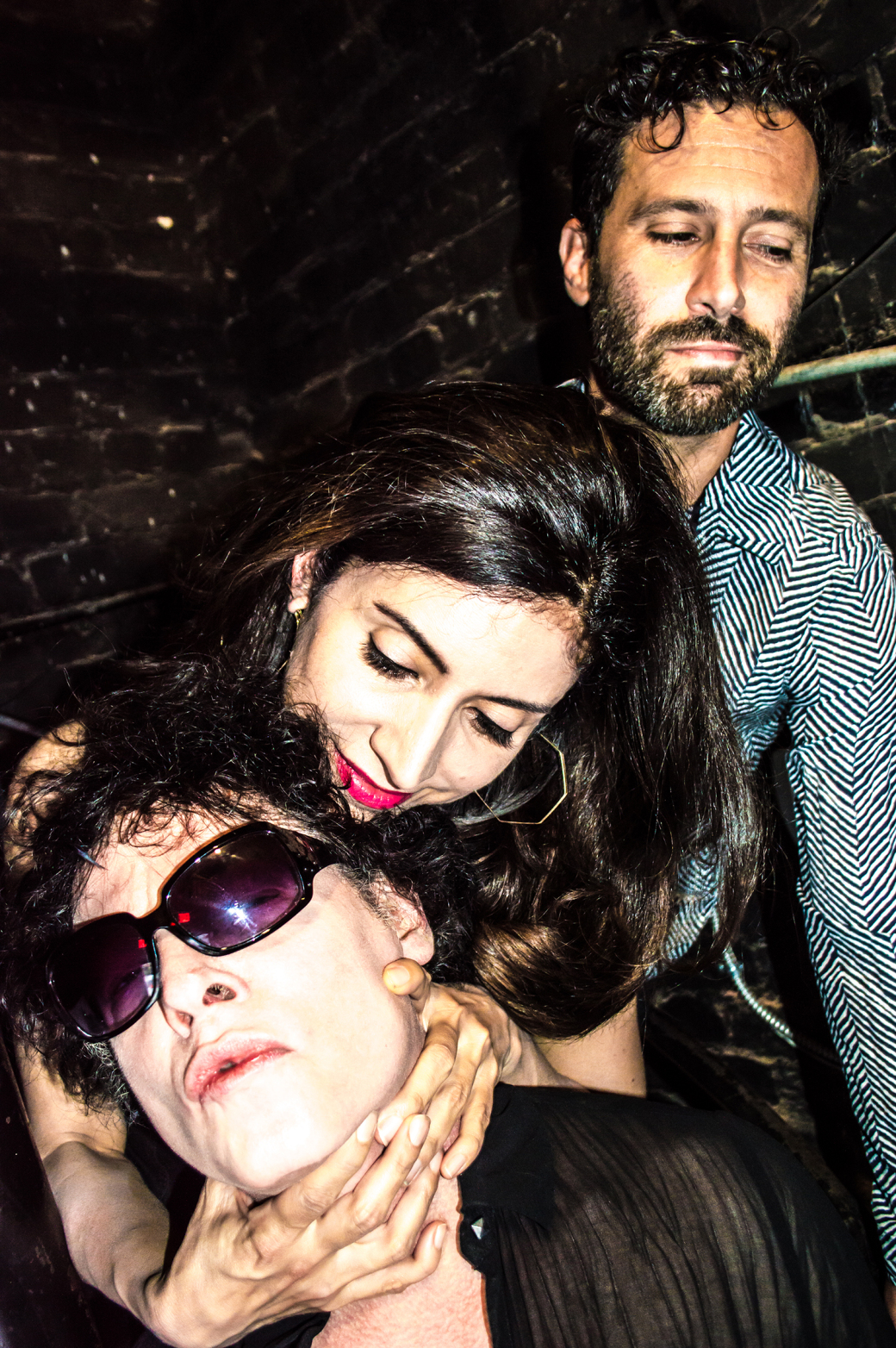 Working at their own speed has given them longevity. Twenty-five years in, the band has amassed a history of performing around the world and releasing eight albums that never falter. Many musicians would be happy with half the memories Subsonics have accumulated.

Theirs is a seemingly simplistic approach to music: guitar, bass, and drums in the garage band delivery of the mid ‘60s just as rock ’n’ roll had outgrown its nascent ‘50s naivety and was starting to explore the darker secrets of life. Subsonics founders Clay Reed (guitar) and Buffi Aguero (drums) may sound like they’re just learning their instruments, but it’s taken them a long time to perfect that style, one that other bands might have outgrown or improved upon over the years.

Regarding any notions of the band’s infrequent release of albums and its sometimes long absences from Atlanta stages, Reed is quick to counter such thoughts.

“Our activity isn’t sporadic,” he says. “I think that's an oft-repeated misconception. We're just trying to give everyone a chance to catch up … because we're so nice … . But we aren't in 'show business,' really. We're making our own definitions rather than having them imposed … . Isn't that what rock ’n’ roll is all about?”

He makes a good point. “Rock ’n’ roll purports to be about self-determination and rebellion, etc. … ” he continues, “ but that's really a huge lie. Rock ’n’ roll people can be some of the most aggressively conformist people you'll ever meet. They pretend to be criminals or martyrs, but really, they're civil attorneys and screws.

“What other bands do isn't our problem. We have eight albums. How many is enough? I recommend that everyone collect them all ... maybe then it'll all start to make sense.

“We are always playing. But, if you're a person who's obsessed with fetishsizing numbers, play one of our records loud through a tiny speaker, look at the pictures on the cover and turn the lights on and off. It's better than an actual performance. And you can do it anytime you want.”

It’s that nonchalant, sometimes caustic, always bewildering attitude of Reed’s that has created a rabid fan base for them. Whether onstage or off, Reed appears to not give a shit. Let the cards fall where they may. He just doesn’t care. Tall, lean and lanky, when Reed straps on his hollow-body Gretsch guitar, it looks bigger than he is. He thrashes about on it, playing songs that are one, two, three-chord wonders, and then, just as he reaches a cacophony of sound, let’s loose with a blistering solo that screeches and wails above the rhythmic dissonance. The tones he creates belie a musical knowledge and ability much deeper than the garage band influences he wears on his sleeve.

In contrast, Aguero’s demeanor is focused and forthright. She may chew her way through a pack of gum while keeping the beat, but that’s not from any nervousness, rather it aids in her steadfastness.

With a revolving cast of bass players early in the band’s career, that position has remained unchanged for 17 years now, allowing Subsonics to solidify their wall of sound.

The normally blasé Reed seems almost jubilant at the feat. “Rob Del Bueno, of course from the fantastic Man or Astro-man?, has been playing bass guitar with us for this entire century. We love Rob so much, we tend to lose count of the other wheels from the tricycle. It's not any one reason …” that bass players came and went.

That Reed and Aguero have kept the band together for 25 years is no small feat, especially considering how quickly many bands form and break-up, if not for musical differences but because of personality differences.

The Silver Anniversary of Subsonics is not lost on Reed.

“We're commemorating our anniversary with the release of our new record, Flesh Colored Paint. It’s a coloring book with a record, actually,” he taunts. “Anyone who needs biographical information about us should refer to it. It's also a handy guide to surgery procedures everyone can perform at home with a dull X-ACTO knife. It's very 21st century.”

One perk of the 21st century is certainly YouTube. Want to see your favorite band when they’re not on the road? Type their name into the search field on the video site and there they are! A quick survey of Youtube finds clips of Subsonics playing all over the world: Spain, Italy, Croatia, Tasmania, Japan. Reed takes it all in stride.

“We have played in all the countries,” he notes matter-of-factly. “We go where people seem to like us most, I guess. If it's great, we go back. If it's lousy, or no one seems interested, why bother?”

It’s the songwriting which keeps people interested. Lyrically, Reed paints a worldview that is not champagne and roses, nor is it death and despair. It’s more analytical than story-telling, but therein lie the stories he tells so well.

“I conceptualize all the songs and make up the lyrics ,” the singer/guitarist says. “Trying to transcend the limitations of language can be tough, as you know. It trips up a lot of people. Some groups would've been a lot better if they'd just stuck to nonsense syllables.”

And where does Reed’s inspiration come from?

“Inspiration … ,” he hesitates. “I'm trying to do that age old cornball exercise from every creative writing class in the world, where you look at an object and try and come up with something, invent a story about it or a history. What would this photograph sound like as music, perhaps ... or a building or the texture of an object ... and what are the people associated with it doing and how's the weather and what does the feeling of that against your skin or your brain sound like? ... etc and so on. So, inspiration can come from anything and everything ... but I would say for me, it's a matter of being tuned into that invisible thing that everyone talks about but can't really articulate the mechanics of. That's certainly a real thing — where everything intersects somehow. It sounds like a hack Hallmark card, but it's true.

The music is more a group effort. “The music can be less structured. Everyone kicks in, finger painting with noises and words… ,” he calls it. “Everyone has a good instinct. It keeps it from being like retreading tires or cleaning toilets.”

Reid’s somewhat laissez-faire approach is in direct contrast to Aguero’s bustling creativity. In addition to Subsonics, Aguero has formed two other bands over the years, the White Lights and Tiger! Tiger!, both showcasing her talents as a singer, songwriter, and guitarist.

Reed acknowledges the importance of her other musical manifestations.

“Buffi playing in other bands has always helped immensely. If you wanna be a better guitarist, play drums, wanna be a better drummer, learn Morse Code. Everything she does or Rob does (in Man Or Astro-Man?) automatically promotes our thing. Everyone collects different recipes and brings them back to the kitchen. It's all cutting out something for the collage. Frankly, I've stolen tons of stuff from Buffi, and vice-versa. So she's stealing stuff from me that I stole from her that she stole from me ... ad infinitum.

With all the back-and-forth over the years, one question remains. Between founders Reed and Aguero, who puts up with whom?

Reed laughs. “Ha ha ha! We're both saints — so easy to get along with!”

Around town dept. … I remember the first time Los Lobos played Atlanta, it was at the Moonshadow Saloon, sometime in late 1984, early ‘85. The place was packed. Free tickets and the promise of free drinks and free food from Warner Bros. Records, which had released the band’s album, How Will The Wolf Survive?, in conjunction with Slash Records, insured a full house and a raucous crowd ready for whatever these guys from East L.A. were to dish out. At best, with a buffet of Mexican food on the long table, I thought I’d get a good meal and be serenaded like was the usual at El Toro back in the day. The record proved these guys rocked, but would they roll? They blew everyone away. Not only was it their musicianship, but their effortless blending of Mexican roots music, rock ’n’ roll, country, and blues made a powerful statement. They were no novelty act, as three decades and a number of albums have proven. They return to Atlanta this weekend for two nights, Nov. 4 and 5, at City Winery. … While Los Lobos proved to be the real thing, I’m still trying to figure out Chicano Batman, the Los Angeles band that played Terminal West Oct. 22. Dressed in matching brown tuxedos, they played a stylized blend of roots, tropical, and psychedelic music with a tightness and expertise that showed a well-rehearsed unit. Yet the presentation, part-kitsch, part sincere Chicano wedding party band, had me scratching my head. Were they serious? Were they playing a joke on everyone? No matter, the crowd, a mixture of older Mexican-Americans, hipsters, and hippies, loved ‘em. The flashier they got, the bigger their smiles, the more the crowd applauded. I was reminded of early Frank Zappa — excellent musicianship with a well-rehearsed stage show. But with Zappa, you knew when it was parody and satire. With Chicano Batman?

Ha Ha Ha Dept. … This Friday, the Blackyardbirds play the Red Light Cafe, joined by long-time Atlanta comedian Jerry Farber. Apparently this pairing were regulars at Farber’s comedy club behind the Landmark Diner in Buckhead. I had to do a double-take. I know of the Backyardbirds. As Kevin Jennings, who fronts both cover bands, explains, “The Backyardbirds is British Pop Invasion with George Coates on guitar. The Blackyardbirds is British Blues Invasion with Frank Deibel and Doug Jacobs on guitars. Both band logos were designed by Jennings’s friend, artist Rob Fletcher, who did similar artwork for the Black Crowes all those years ago. Now, while you’re forming an opinion on the political correctness of the British Blues Invasion band’s name, I’m wondering what Jerry Farber’s act will consist of these days. His comedy has always been a no-holds-barred jab at society and various cultures with more than just a little sexual innuendo thrown in. Maybe now, he just stands onstage and makes those great faces he was always so good at. … Also on Nov. 3, Virginia Plane (not a Roxy Music tribute band), Casper & the Cookies (a psychedelic pop outfit from Athens, Gee-Ay), and Americana solo artist Cortez Garza play the Avondale Towne Cinema.

You can contact Tony Paris regarding upcoming gigs; noteworthy news, rumor and innuendo; or, if you just want to say, “Hi,” at cl.highfreqs@gmail.com, since you already know he doesn’t read messages received on his Facebook account.