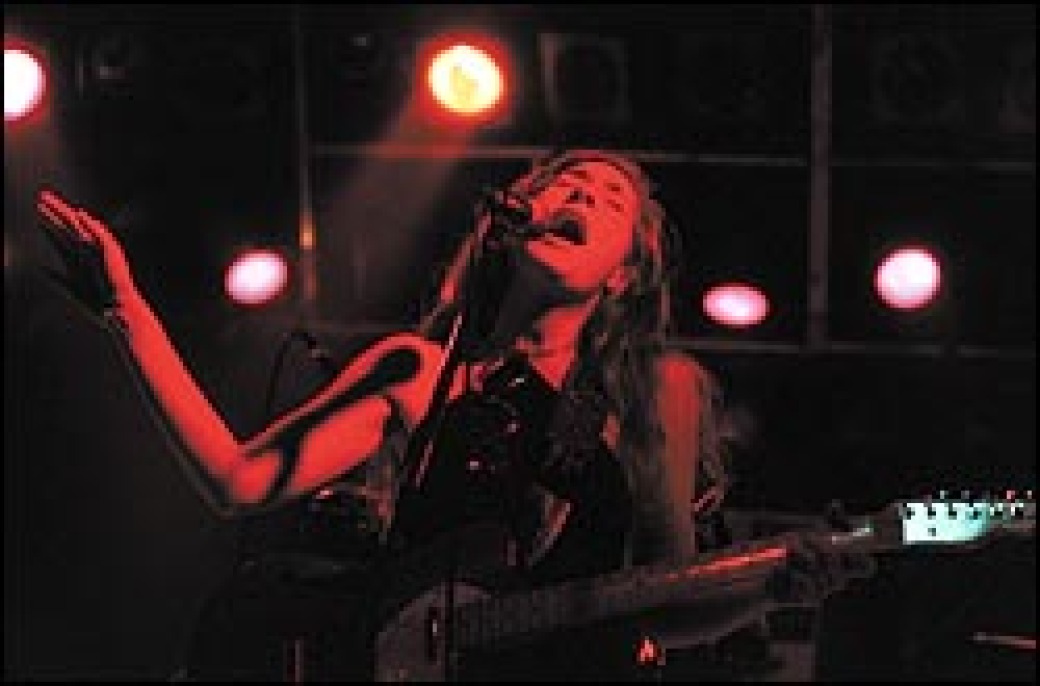 Winners and losers, part one: At Wednesday night's Atlantis kick-off event, the Atlanta Local Music Awards, the Tabernacle won for best venue. However, the crowd — which had to endure a terribly murky mix at the Tabernacle, where the event was held — clearly lost.

We wuz robbed: While debating the correct spelling of the Black Mollies (or Mollys?), it never dawned on us that there might be two different groups out there. But when we showed up at the Star Bar Saturday for their showcase, sure enough, it was Kansas City's pop-punk trio the Black Mollys on stage, not the more transgressive Atlantan Black Mollies. Come to think of it, the Mollies did seem an odd fit for Atlantis anyway.

Winners and losers, part two: In accepting the ASCAP Songwriters Award at the ALMAs, pie-faced, fair-voiced lad John Mayer sang a verse by Simon and Garfunkel, which he claimed to have written himself. Leaving no doubt he was completely certifiable, Mayer then went outside and struck Heisman Trophy-style poses while clutching his gleaming prize. Mayer won again by getting two showcase opportunities, and both after 11 p.m. Others, who were forced to perform for the bartenders during poorly-attended earlier time slots, were not so fortunate.

Atlantis' Negro problem: Despite good intentions, the fencing off of black music into the Urban Symposium was the best reason to be embarrassed by the conference. While paying lip service to inclusiveness, urban events at Studio Central were not even included in the Atlantis guide's nightly showcase listings — no wonder they were virtually unattended by white registrants. Further display of an illogical white bias came at the ALMAs, with the nominees for the favorite signed artist award: Collective Soul, Marvelous 3 and the winner, Shawn Mullins. Immediately following, Goodie Mob hit the stage and, for the first time all night, the mostly white crowd looked like they were having fun. Relegated to best rap act, Goodie Mob served to remind us of at least a dozen signed local black acts that are more entertaining and/or better-selling than the above-mentioned nominees.

But ... why? The Psychedelic Furs' Friday showcase at the Tabernacle.

Stealin' Thunder Revue: "Welcome to Atlantis 2000!" bellowed guitarist Billy Rat at Smith's Olde Bar Saturday night, where his band, Truckadelic, and another top area act, the Drive-By Truckers, played for a packed and rowdy crowd. Thing is, Smith's was not an Atlantis venue. — R.S., with writing and reporting by Lee Smith and Greg Nicoll