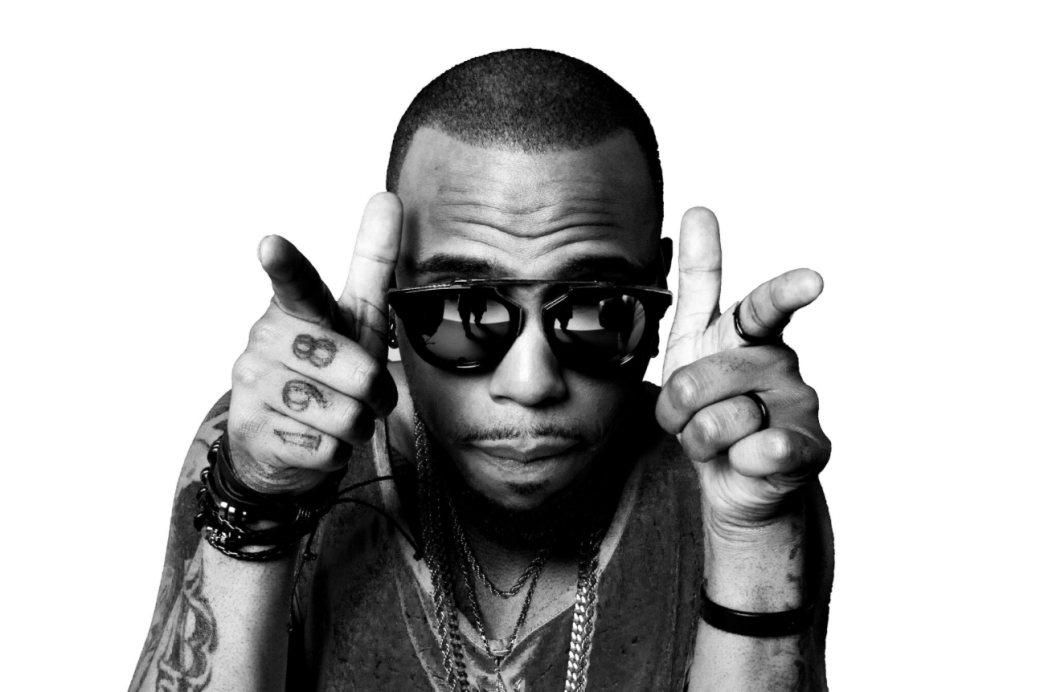 Seven years ago I was a college student with a music blog, eager to see one of Atlanta’s newest rappers perform live. One October night, I watched as B.o.B held a concert on Emory University’s campus, performing crossover hit songs such as “Airplanes,” and “Nothin’ On You” to the eager crowd of college students. Watching the show, I was fascinated by the rapper’s versatility and how effortlessly he could go from singing and playing guitar (“Lovelier than You”) to hyping the crowd with his uplifting raps (“I’ll Be in the Sky”). Making the show even more memorable, B.o.B.’s Grand Hustle boss T.I. made a surprise appearance, one of his last public sightings before he turned himself in to serve 11 months in prison for violating his probation.

Today, I wonder if B.o.B would perform to another crowd like this. Perhaps he would, but performing at a university no longer feels on brand. The rapper performs at Smith’s Olde Bar on Christmas Eve.

As someone who has become as known for his conspiracy theories as he has for his biggest hits, one of B.o.B’s retorts on social media has been that his critics are receiving their information from “textbooks.” When he asserts that there is no proof of slave ships or insists that the Earth is flat, it is this gullible group of people who aren’t stretching their brains to see the truth.

But, much of the early success of Decatur’s Bobby Ray Simmons Jr. stemmed from the fact that he connected with a diverse group of teenage and college-aged fans, reaching this starry eyed demographic by collaborating with Taylor Swift (“Both of Us”) and Paramore’s Hayley Williams on “Airplanes” long before Lil Uzi Vert garnered 5 million views for jamming to the alt-rock band while eating candy on social media. It is likely B.o.B’s current skeptics were the people subscribing to his music in the beginning of his career.

While he may be getting attention for the GoFundMe campaign he created in order to raise a million dollars to prove that the Earth is flat, it’s been about four years since B.o.B released a single that generated buzz. That’s partially because he hasn’t released a lot of music. In November, B.o.B followed up his 2016 compilation album Elements, a repackaging of previously released mixtape series, with an “Instagram album.” The Upside Down (a nod to “Stranger Things,” the Netflix series that's centered around a government conspiracy) features nine short songs and videos that exists exclusively on the social media app. Visually and sonically, the project is produced almost entirely by B.o.B.

“Bones don’t turn to oil,” he raps over booming 808s and fluttering hi hats on the hook of “BoBiverse,” sharing his beliefs regarding fossil fuel. The video for “Is It War” features video of the 9/11 attacks, a meme that says “Bill Gates and the elite using vaccines to reduce population meaning kill yo ass” and a group of robots dancing in sync.

I reached out to B.o.B’s manager, TJ Chapman, to see if the rapper had any plans to release the project outside of Instagram. "The Upside Down" is a chaotic work of art,” he responded via email. “It's hard to state what it will become.”

One month after the rapper uploaded the Instagram album, he deleted many of his viral conspiracy theory videos without any explanation. In one of the since-deleted videos, B.o.B wonders if slavery really happened in America.“You ever seen a slave ship? They can find a billion year old dinosaur bone but can’t find any slave ships,” he says.

B.o.B., like many others, clearly hasn’t secured a pass to the popular and still relatively new National Museum of African American History and Culture in D.C., because located in the museum’s basement is an exhibit about the slave trade. Artifacts from São José-Paquete de Africa, a slave ship that was wrecked in route to Brazil with more than 400 enslaved people from Mozambique on board in 1794, are on display. Iron ballast that weighed down the ship, shackles and a wooden pulley block are on long-term loan to the museum and featured in the “Slavery and Freedom” exhibit. The artifacts are a part of the museum’s effort to “advance understanding of the slave trade and showcase the results of the Slave Wrecks Project, a unique global partnership among museums and research institutions,” according to the Smithsonian.

To be fair, B.o.B is smart to not believe something just because it is presented as a fact, especially in the Trump era when “alternative facts” are being disseminated by trusted officials such as politicians and media pundits. This year, CNN released an advertisement, starring a red apple, that implores viewers to use common sense when deciding what is true and what is an outright lie. “This is an apple. Some people might try to tell you that it’s a banana,” the narrator says in the ad. “You might even start to believe that it’s a banana. But, it’s not.” If we trusted everything that appeared in a textbook (or in the media), we’d still believe romanticized versions of the history of Pocahontas and Christopher Columbus.

The issue is B.o.B isn’t offering any concrete evidence to support his theories. As in the CNN commercial he’s telling us that an apple is a banana with no proof and expecting us to believe him over experts.

Since the rapper’s “Show B.o.B The Curve” GoFundMe campaign has only reached $6,893 ($1,000 of which were donated by the rapper himself) of its million dollar goal, it seems unlikely that B.o.B will receive the funding he seeks to launch satellites into space and prove his theory.

When I inquired about why B.o.B deleted the videos from his Instagram page, his manager simply responded “So you’d ask that question.”

Unfortunately, search results for B.o.B and his conspiracy theories yield more results than a search for the “[world’s] first Instagram album,” The Upside Down.

I hate when people say that artists should stick to their work and stay out of cultural and political affairs but, in the case of B.o.B, I really do wish he’d focus more on making music. He’s much better at creating earworms than peddling conspiracies.

B.o.B’s setlist will be based on audience engagement at Smith’s Olde Bar on Dec. 24.

Following his viral 10-minute freestyle, Black Thought and the rest of the Roots perform at the Coca-Cola Roxy on Dec. 29.