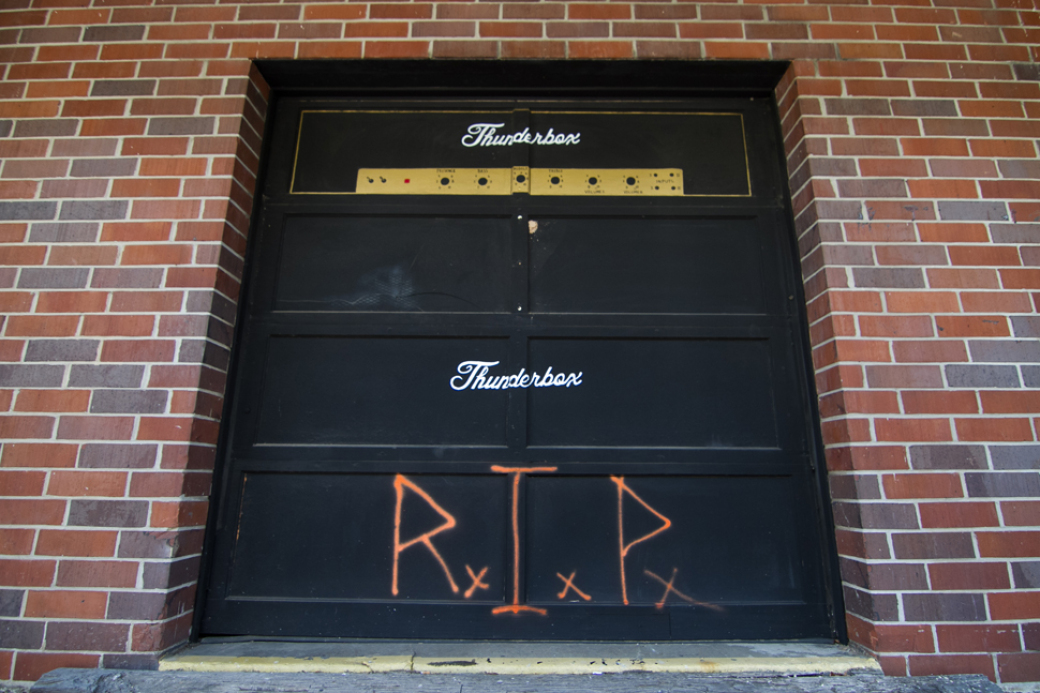 Orders were given: Vacate the premises by midnight Sun., May 10. The property housing Thunderbox Rehearsal Studios had been sold. Soon, Atlanta's live-work-play face-lift will erase any sign that Thunderbox once stood at 728 Ralph McGill Blvd. in Old Fourth Ward. Thunderbox was more than a music incubator; it was a community. For years, on any given night, the parking lot was filled to capacity. The collision of so many artists working under one roof created a hot spot for Atlanta music. A sonic deluge of gospel redemption, black metal dirge, punk, and rock 'n' roll swirled together in the building's hallways. Connections were made and music grew from this gathering place.

It is a city's nature to change. The process is often brutal, but music will never die. And while musicians at Thunderbox are by no means the first residents of Old Fourth Ward to be impacted by a city in flux, their displacement is a stinging loss in an ongoing culture war.

Another Thunderbox — at least in spirit — will inevitably crop up in another neighborhood. Just look to the energy being put into the Dry Cleaners in Lakewood Heights and the efforts at the Georgia Railroad Freight Depot Downtown. Energy can't be destroyed, only transformed. As the cycle grinds on it's important to consider the lives that will inevitably be disrupted as those who are forced out of Old Fourth Ward, Poncey-Highland, Little Five Points, and elsewhere move south and west to find a place to start over. Development and gentrification are two terms that do not have to be interchangeable. The organic, mutual growth on display at institutions such as the Mammal Gallery, Eyedrum, and the Goat Farm has allowed them to incorporate into their surroundings, rather than taking over. They've provided shining examples to follow.

If there's a lesson to be learned from losing Thunderbox, it is that the cycle unfolding now, of artists moving in and helping renew interest in a neighborhood until big money takes over, will affect generations to come. How we deal with the situation defines us. History is being written. With a little compassion, it doesn't have to be forgotten.