The Atlanta bassist hones the vanguard of musical creativity 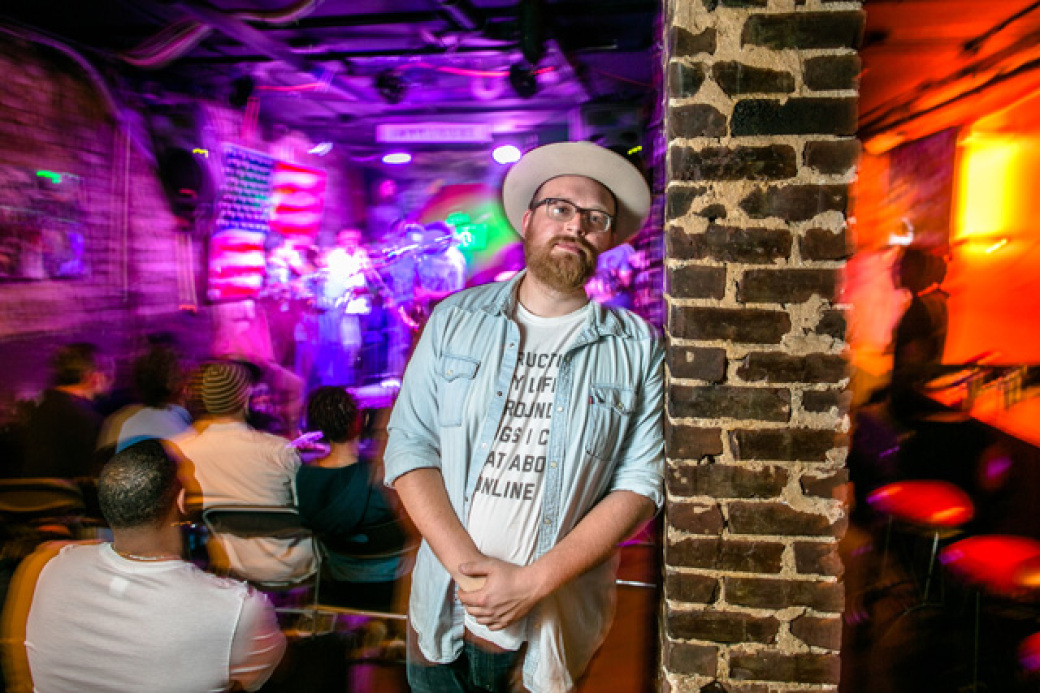 Kevin Scott still remembers the first time he heard Col. Bruce Hampton's music. He was 17 years old when a record shop owner in Dothan, Alabama, slid him a copy of the Late Bronze Age's 1980 LP, Outside Looking Out. Since fronting the Hampton Grease Band for the 1971 cult classic LP Music to Eat, Hampton has honed his persona as a guru of surrealist musical improvisation. Hearing the album for the first time was a formative experience for Scott, one that sent him down the path of a life as a musician obsessed with the vanguard of musical creativity.

"[Outside Looking Out] was so far out, so creative, and so innovative — Hampton has such a big impact on my playing," Scott says. "I asked the owner where the record was from, and he said it was from Atlanta."

Now 31 years old, Scott still chases that strange high he felt more than a decade ago at the Elliott Street Deli and Pub. Each week he etches his musical signature on Atlanta, fusing elements of jazz, funk, and the avant-garde with Kevin Scott's Tuesday Night Jam Session. What began as an open mic jam night has become one of the most creative musical incubators in the city and ground zero for Atlanta's underground jazz scene.

The Tuesday night sessions started in 2005 after Scott began hosting a weekly improv night at the Five Spot, now Aisle 5. The session placed him in a curatorial role allowing musicians from various backgrounds to explore new styles, finding their own voices among mistakes and missteps.

On any Tuesday night, Elliott Street's unassuming basement becomes the great equalizer where novice musicians take the stage with professionals. Scott never calls it a jazz jam, or uses any qualifiers to place boundaries on where the music can go. The results are often an enthralling, confounding mess of earnest improvisation.

"Most of the time it is a lot better than bad, but after 10 years of doing this jam, I'd say 40 percent of it was horrible, actually unlistenable because sometimes the stars don't align," Scott says. "But I've seen younger guys now who have been coming through so much and their playing has skyrocketed."

A rotating cast of formidable talent comes through Elliott Street, including local favorites such as Grammy-winning saxophonist Kebbi Williams, Widespread Panic drummer Duane Trucks, and saxophone heavyweight Eric Fontaine. A typical night features a huddled group of musicians wielding everything from bass clarinets to synthesizers, crammed onto a tiny dimly lit stage while an eager crowd soaks up the sublime cacophony.

Beyond his Elliott Street Tuesday nights, Scott collaborates with Col. Bruce Hampton, legendary drummer Bernard Purdie, and various other local musicians including Ruby Velle & the Soulphonics, the Atlanta Funk Society, and more. His own Atlanta legacy is underway. And once a week he makes Atlanta's music stronger, and weirder.